Opinion: Appointing RBG’s successor: should it wait until after the election? 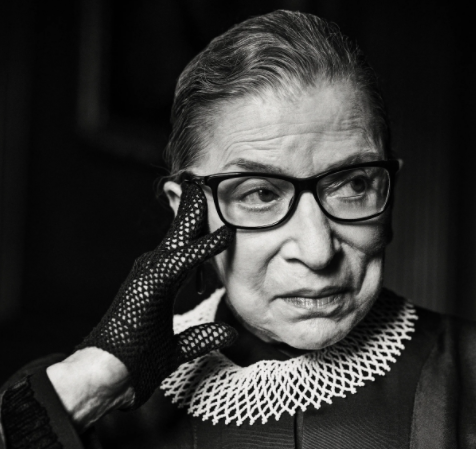 Following the death of Justice Antonin Scalia in 2016, Republicans within the Senate, most notably Kentucky Senator Mitch McConnell, refused to hold hearings for a potential nominee. The move frustrated many Democratic lawmakers who found the decision to be obviously political. “This obstruction is unprecedented,” Senator Tom Udall of New Mexico said in an official statement.

The justification by Republicans at the time was simple. “All we are doing is following the long-standing tradition of not fulfilling a nomination in the middle of a presidential year,” McConnell said in a 2016 Fox News interview. The nomination process, which lasted a total of 293 days, ended in a stand-still.

The situation is now repeating, though with a significantly different spin. Justice Ruth Bader Ginsburg passed away less than 50 days before the upcoming election, and Republican lawmakers are moving quickly to fill the empty seat, despite the fact that the nation is in a presidential year.

Many leaders within the Democratic Party have called for a delay in the nomination until the election has been decided, citing Republican’s actions in 2016. “The American people should have a voice in the selection of their next Supreme Court Justice,” Senate Minority Leader Chuck Schumer said on Sept. 18.

Despite this, President Trump announced a nomination on Saturday. And, as expected, this resulted in a large amount of backlash from the left. Republicans have countered accusations of hypocrisy by explaining what they believe is a crucial distinction between the current situation and the one in 2016.

Yet, the evidence doesn’t add up. Of the 13 appointments that took place during an election year (post-Civil War), two of them came during a partisan split. The first came during 1956, when President Eisenhower made an uncontested recess appointment in October. The second was in 1988 and resulted in the confirmation of former Justice Robert Kennedy, who retired in 2018. It should be noted that while the confirmation of Kennedy happened during an election year, the vacancy and nomination occurred during the previous year.

Looking at this, McConnell’s explanation falls apart. But his argument isn’t the end of the ridiculous Republican justifications for their blatant insincerity.

“Make no mistake: if the shoe were on the other foot, Senate Democrats wouldn’t hesitate to use their Constitutional authority and anything else at their disposal to fill this seat,” said Chuck Grassley, a senator from Iowa.

There are two particularly striking aspects about this statement.

First, this is a pretty childish defense that essentially boils down to “well they’d do it too!” That’s certainly not the rationale most people would like to hear behind such an important decision at the highest levels of governance. Especially one that has the potential to determine how the Supreme Court, as a collective, will interpret the Constitution for years to come.

Second, it’s an admission that at least some members of the party aren’t even under the illusion that they are following precedent, they are just fine with being obstructionists. The inclusion of the phrase “anything else at their disposal” is a significant hint at their intent. They are willing to do anything they can to prevent Democrats from getting a liberal appointee on the bench, even if it’s outside of traditional “Constitutional authority.”

All-in-all, it’s not a surprising move to anyone who has been watching how McConnell has operated these past few years. He’s continued a push to expand conservative influences wherever possible, even if it flies in the face of normal precedent. This is just his most recent attempt.