Album review: “THE ALBUM” by BLACKPINK 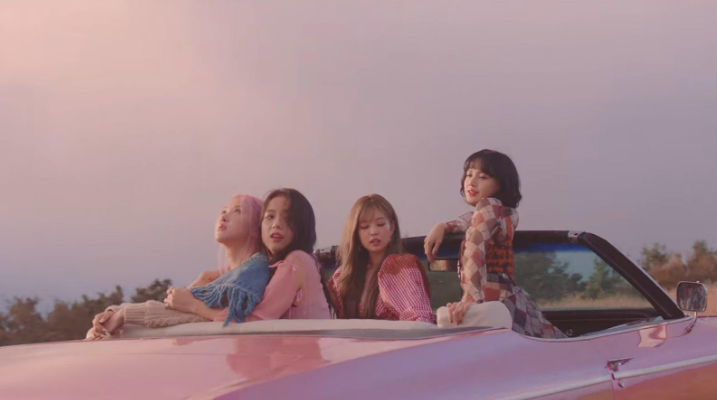 Overall, “THE ALBUM” has a more mature sound, with songs like “Lovesick Girls” about dealing with the pain after a heartbreak, and “How You Like That” about not losing one’s confidence during dark situations. The latter is a trap-inspired song with strong beats and a similar vibe to their previously released song, “DDU-DU-DDU-DU.”

The music video for “How You Like That” broke the record for most viewed Youtube video in a 24-hour period by garnering 86.3 million views on the day it premiered.

Two of the group’s members, Kim Jisoo and Kim Jennie, have credits on the album for writing the lyrics for the title track “Lovesick Girls” alongside producer Teddy (real name Park Hong-jun) and songwriters Loren (real name Lee Seung-joo) and Danny Chung. Another notable contribution comes from singer Ariana Grande, who co-wrote “Ice Cream,” the bubblegum-pop song which peaked at number 13 on the U.S. Billboard Top 100 and number eight on South Korea’s Gaon Digital Chart.

“Ice Cream” is noteworthy for having a majority of its lyrics in English, including BLACKPINK’s Lisa Manoban’s rap verse. It is the most cheerful song on the album with many ice cream double entendres in the English lyrics.

I was pleasantly surprised by the collaboration between Cardi B and BLACKPINK. “Bet You Wanna” is an upbeat song with lyrics about promising your significant other a good time. Even though Cardi B does not seem like a likely K-pop collaborator, her rap verse flowed seamlessly with BLACKPINK’s vocals.

“Pretty Savage” is exactly what it sounds like – a song calling out BLACKPINK’s haters, with lyrics about how the group’s success comes by being different from everyone else. The track features strong beats and hard-hitting rap verses from Lisa and even Jisoo, who usually only does vocals.

The sixth track on the album, “Crazy Over You,” features a beat which fuses retro hip-hop bass with techno elements.

“Love To Hate Me” is similar to “Pretty Savage,” as the lyrics comment on how other people are envious of BLACKPINK’s astronomical success. The song is in the dance-pop category, with a bass-heavy trap beat.

The last song on the album, “You Never Know,” is a more emotional track about pursuing one’s goal no matter what other people say.

Personally, my favorite song is “Lovesick Girls” due to Lisa and Jennie’s catchy English rap verses.

When asking other UMKC students, Amy Gu and Crystal Lum chose “Lovesick Girls” as their favorite song from the album.

“I liked the vibe and the anthemic atmosphere,” Lum stated.

Meanwhile, “Ice Cream” was Lum’s least favorite song on the album, “although the collaboration was cute.”

“It’s slower than their traditional songs, but you can really feel their emotions when they sing,” he said.

Even though BLACKPINK’s first full album has only eight songs, “THE ALBUM” is a great compilation which mixes traditional K-pop sounds with Western influences like EDM and trap.