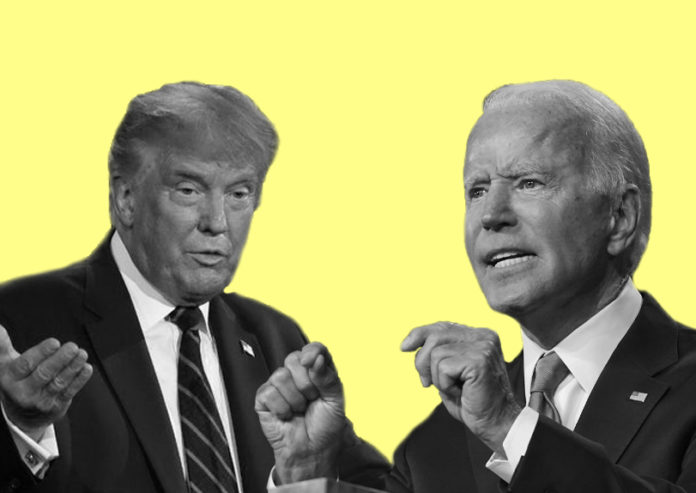 5:33 p.m. President Trump is a favorite to win Pennsylvania, North Carolina, Georgia and Alaska. This would put him at 268 electoral votes, two short of victory. He would then need to win Nevada or flip Wisconsin or Michigan with recounts to pass the 270 mark.

5:07 p.m. Biden has won Michigan, according to The Associated Press. This puts the former vice president within six electoral votes of the 270 necessary to win. Those six votes could come from Nevada, where Biden currently leads by less than 1% with 75% of votes counted.

3:40 p.m. The Trump campaign said it filed lawsuits today to temporarily stop vote counts in Michigan and Pennsylvania, according to The Associated Press. Suits in both states are demanding a halt in counting until campaign observers are given better access to counting locations and allowed to review ballots that already have been opened and processed.

But President Trump’s campaign has requested a recount.

“There have been reports of irregularities in several Wisconsin counties which raise serious doubts about the validity of the results,” wrote Trump’s campaign manager, Bill Stepien, in a statement. “The President is well within the threshold to request a recount and we will immediately do so.”

Biden currently leads by less than 1% in Michigan, with 98% of votes counted, according to AP. Trump still leads in Georgia, North Carolina and Pennsylvania, as votes continue to be counted.

3:25 a.m. Despite President Trump’s claim, the election is not over.

If Biden wins Nevada and Trump wins Alaska, Biden can win the election with any combination of two of the remaining five states, except for the pair of Wisconsin and North Carolina. Biden winning those two states would result in a tie of 269 electoral votes for each candidate.

If Biden wins Nevada and Trump wins Alaska, Trump must win any four of the five remaining states – all of which he currently leads in – to retain the presidency.

In the case of a tie, the House of Representatives will vote en bloc to decide the presidency, with one vote per state. This would likely result in a victory for President Trump.

1:40 a.m. Despite the fact that millions of votes remain uncounted, President Donald Trump has falsely declared victory in the 2020 election.

The president also said he would go to the U.S. Supreme Court to stop the counting of legally cast ballots.

11:45 p.m. President Trump wins Florida, according to The Associated Press. With the addition of the 29 electoral votes from this crucial state, Trump now stands at 174 electoral votes, compared to Biden’s 223.

10:03 p.m. California, Washington and Oregon have been called for Biden.

9:34 p.m. Missouri has been called for Trump, bringing his total electoral count to 108.

9:02 p.m. Kansas has been called for Trump, adding 6 electoral votes.

7:34 p.m. Arkansas has been called for Trump, bringing his electoral vote count to 61, compared to Biden’s 85.

6:57 p.m. South Carolina has been called for Trump.

5:52 p.m. The United States Postal Service has refused an federal judge’s order to inspect mail processing facilities in 15 states due to over 300,000 ballots that have not been traced. The USPS stated that it would be sticking to it’s own inspection schedule, according to the Washington Post.

5:16 p.m. Last year, Florida voters approved a constitutional amendment that would allow convicted felons to vote after they served their sentence. Today, tens of thousands are eligible to cast ballots, reported The Hill.

5:10 p.m. The first polls of the election have closed in Kentucky and Indiana, reported the New York Times.

4:05 p.m. Police arrested an armed Trump supporter in North Carolina for concerns that the man was trying to intimidate voters at the Charlotte polling place.

Editor’s Note: All polling results derived from reporting by NPR and The Associated Press.