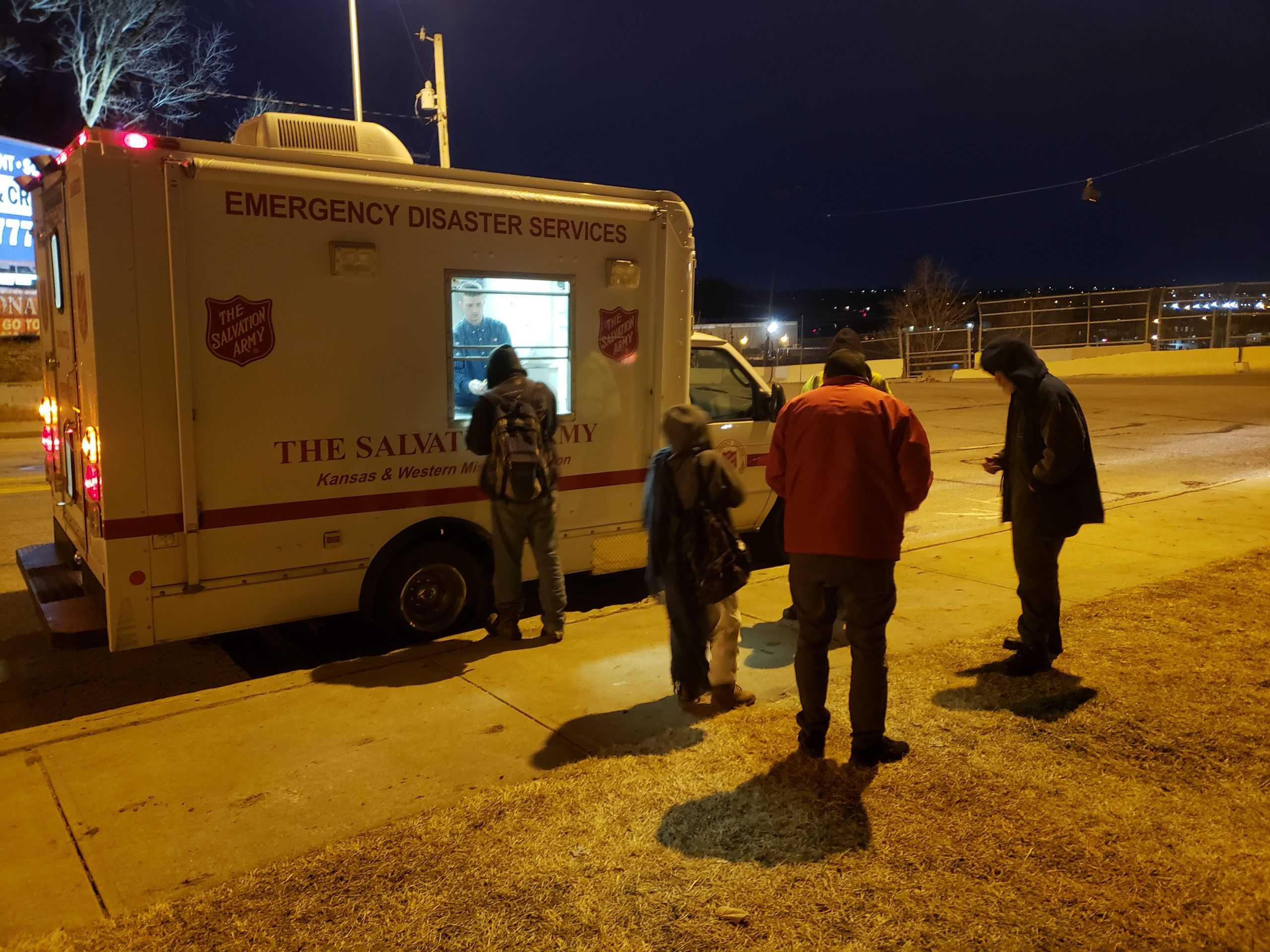 With the passing of a tenant’s bill of rights in Kansas City last December, the issues of housing and homelessness in the city have received significant media coverage.

One topic that receives less attention, however, is the effect of winter weather on Kansas City’s homeless population.

“Winter is deadly in the Midwest when you are unhoused,” said UMKC sophomore D.W. Gordon.

In Kansas City, the average temperature is 25.6 degrees Fahrenheit in December and 22.4 degrees in January, according to Weather Atlas. Combined with wind, these temperatures put many without shelter at risk of hypothermia, which can quickly lead to death.

In an effort to help the homeless survive the winter, the Kansas and Western Missouri branch of the Salvation Army distributes food, water, blankets and other needed items through its Honk N Holler program.

The Honk N Holler team allowed me to accompany them on a distribution trip to learn more about their life-saving work.

We began at the Salvation Army warehouse on Troost, where I met volunteer Steve Leikman, the Metro Kansas City coordinator for the Emergency Disaster Services department of the Salvation Army, who has volunteered with the organization for five years.

Leikman said the warehouse receives the overstock food, blankets and clothes, which are used in the Honk N Holler program. Before we left, he discussed the stereotypes and misconceptions many have regarding homeless people, as well as common generalizations of the causes of homelessness in Kansas City.

“Each person is an individual,” Leikman said. “You can’t lump them together.”

After loading a few boxes and a tank of hot cocoa onto the truck, we drove to the Salvation Army’s Adult Recovery Center (ARC), where I met three people in the six month rehabilitation program at the ARC who would be helping on the trip. The three individuals have not been named to respect their privacy.

Before leaving, we packed about 100 bags with food and water. While packing, one of the three described how helping with the distribution trips was their favorite part of the rehabilitation program.

“If I could do this every day of the week I would,” they said.

Our first stop brought us under an overpass, which was providing shelter for close to 30 people.

The first thing I noticed standing outside of the distribution truck was the wind. Even with multiple coats on, standing outside for just 10 minutes in the wind was extremely uncomfortable and bordering on painful. I could not imagine spending a week, let alone a night, in weather like that. It served as a powerful reminder of the privilege those of us with secure housing have and often take for granted.

At another stop, I spoke with an unhoused man who told me that, especially on the extremely cold nights, what is needed most is camping propane fuel. He said just two bottles can keep a fire going for eight hours.

After a few more stops, I had another opportunity to talk to the three from the Recovery Center. They shared their histories with substance abuse, which, for one, started with a prescription for the anti-anxiety drug, Xanax, when they were young. Another said that, with the help of the rehabilitation program, they were six months sober.

Leikman said people can help by donating blankets, gloves, socks, and hand-warmers, among other things.

There are many other organizations in Kansas City besides the Salvation Army that work to provide food and shelter for homeless families and individuals, such as Harvesters – The Community Food Network and the reStart homeless shelter.