Women’s basketball fights back in upset victory over Mizzou, 59-56 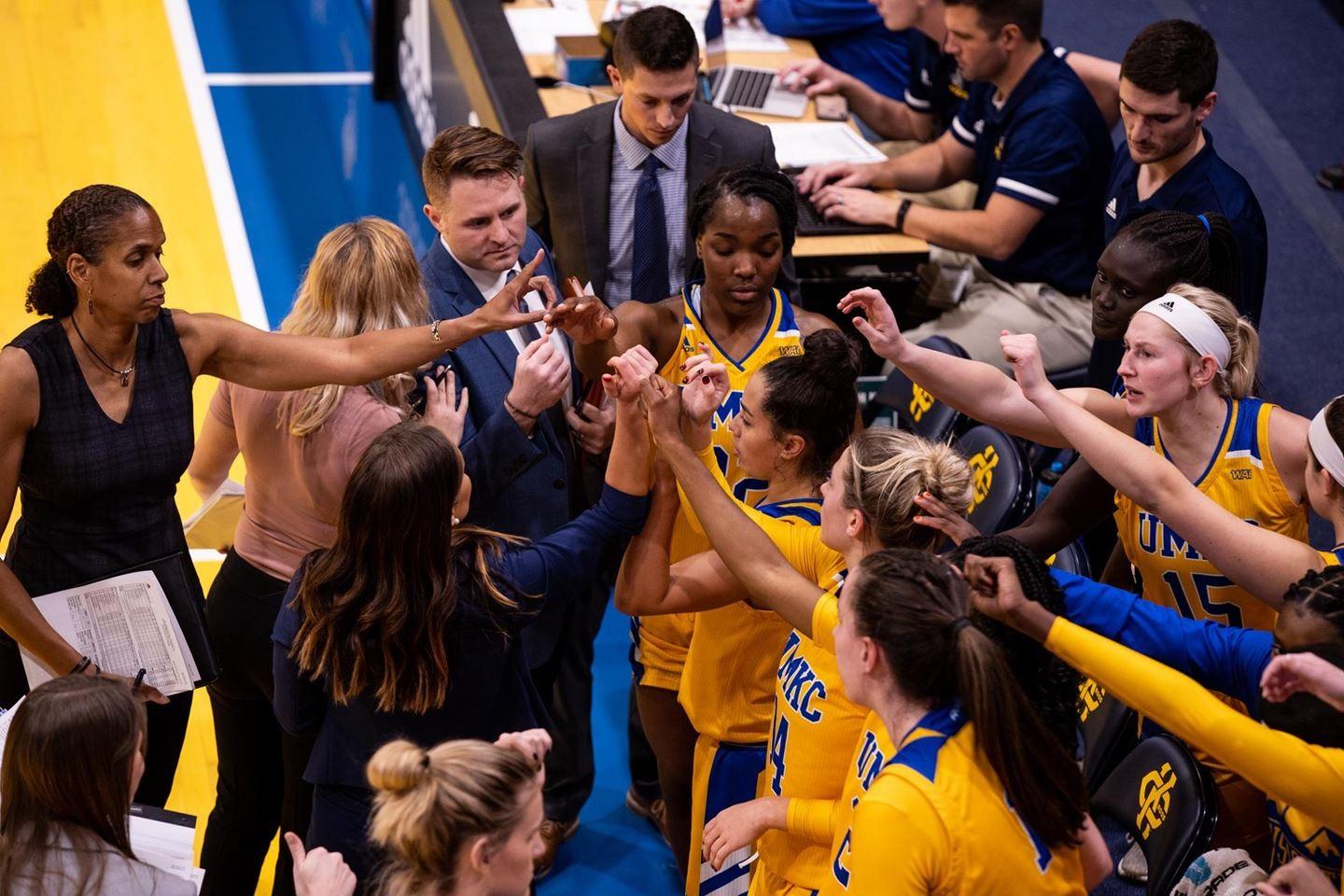 In a landmark victory for Kansas City Athletics, the women’s basketball team defeated the Missouri Tigers for the first time in 28 years last night, 59-56.

The Roos avenged their close loss to Mizzou last season in another classic, defensive battle.

Kansas City started off hot in the first quarter, scoring the first five points. However, the Tigers responded with a 17-2 run, forcing 10 Roo turnovers in the quarter. Mizzou jumped out to a double-digit advantage, but this is the most they would lead by before the Roos began to fight back.

Sophomore guards Jonaie Johnson and Mandy Willems scored 12 of Kansas City’s 16 second-quarter points, but the Tigers held onto a five point lead at the half. The Roos only shot 10-28 from the field in the first half, and senior guard Ericka Mattingly was held scoreless.

The second half saw the fireworks and intensity ramp up. Mattingly broke through offensively with 14 points in the third quarter, including three baskets from beyond the arc. The Roos cut the deficit to one at the end of the quarter.

Kansas City was held without a point for the first five minutes of the fourth, but Mattingly scored on a layup and sophomore guard Emily Ivory added her first five points to end the drought. The Roos finally retook the lead in the fourth, and although the Tigers retorted, senior forward Awal Ajak hit a clutch three to give the Roos the lead for good.

“It was the best victory I have ever been apart of,” said Head Coach Jacie Hoyt. “I love everything that comes with this win because it is bigger than our team. It’s for our athletic department and it’s for our whole university. Honestly, before the game, we were not going to look at the scoreboard and focus on the score at all.”

Mattingly praised the effort of her team.

“We all rose to the occasion, we knew what we needed to do and got it done,” Mattingly said. “The joy and togetherness we had the whole game, I think we never lost it, and that’s what helped us get the lead in the fourth quarter. I had the momentum behind me and we had the momentum as a team, it’s a great feeling when you have it.”

“We had a next game mentality, especially because of our game before, and knew that this was a game that we had to win and where we had to come together,” Ajak said.

The win puts Kansas City at .500 on the season (5-5). The Roos will look for their second win against a Power Five team against Kansas State on Saturday, Dec. 14 at Municipal Auditorium.