Virtual concerts: the “second best thing” might actually be great 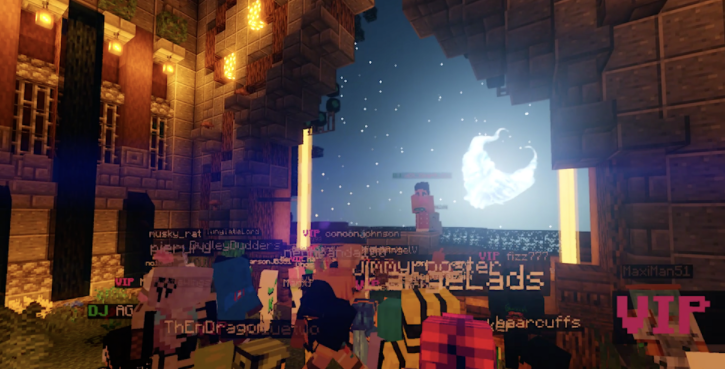 With COVID-19 postponing any and all concerts indefinitely, artists big and small have been flocking to platforms across the internet to bring live music to fans.

Since the coronavirus pandemic struck America in early March, artists have been collaborating with virtual spaces like Minecraft, Instagram Live, and even Fortnite to perform their music live for viewers at home.

As with any event planning, a lot can go into these virtual “concerts,” and the end result can be quite spectacular. Virtual concerts have brought a connection with artists to the small screen and provided unique humanity during a tough time for music-lovers.

R&B artists Chloe x Halle are a prime example of artists using their virtual spotlight to blend technology and artistry. They have put on a number of full-scale productions with fully realized costumes and sets for award shows, late night television and for their social media following online.

Not only are their videos and live streams aesthetically beautiful, Chloe x Halle are wildly talented, and it is not hard to see even from online. They have created a unique experience that feels intimate to the viewer; like they are singing just for you. The high audio and video quality of their performances heightens the experience as well.

If you’re looking for something more interactive, virtual venues like those built in Fortnite or Minecraft might be for you. Though built for gaming, Fortnite’s servers have hosted big names like rapper Travis Scott and singer Dominic Fike, and they’re hoping to turn their in-game stage into a legitimate “tour” venue for some of the biggest artists in music.

“It’s a unique way to get in front of an audience that maybe you’re not reaching through other means,” Fortnite’s head of global partnerships told The Verge.

Even before COVID-19 swept the world, musicians and their friends used Minecraft to host some of the most unique virtual concert experiences on the internet. Open Pit Presents, headed by music producer and graphic designer Max Schramp, has been bringing together people in the videogame to celebrate music since May 2018, according to an interview with Splice.

When the shutdown hit in March, Open Pit already had four Minecraft festivals under their belt. Seasoned in building and booking completely online and interactive festivals, they knew now was the time to uplift communities through virtual concerts.

Since then, Open Pit has designed Minecraft festival experiences like Square Garden, Aeth3r (a virtual version of the legendary West Hollywood music venue) and Lavapalooza. Each event included ways to purchase V.I.P. passes for charity causes and donated directly to projects like FeedingAmerica, the Groundswell Fund, The Okra Project and the National Bail Fund. Some of their bigger festivals, like Square Garden and Lavapalooza, raised over $80,000 combined.

Open Pit’s festivals, which feature mostly experimental pop musicians and queer artists, have become known for embodying community. Max Schramp, Open Pit’s head graphic designer and founder, said, “The most rewarding part has been seeing people making friends through the events and then coming to future ones together. I think it’s awesome being able to foster such a kind community.”

As the predictions for when live concerts will return seem to be getting murkier, online productions will continue to improve. Today’s artists have successfully overcome the barrier of the computer screen, and have brought music fans into their world, whether through social media or video games. The creative productions brought about in the last seven months are only the beginning.