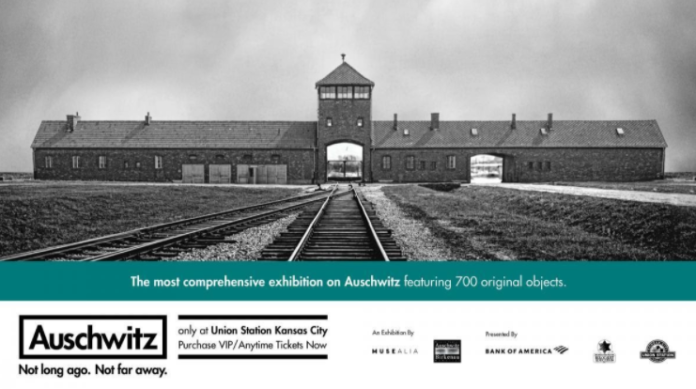 An Auschwitz exhibit is coming to Union Station Kansas City this June, and local Holocaust survivor Judy Jacobs urges all to see it.

The exhibit is titled “Auschwitz. Not long ago. Not far away.” It will feature over 1,000 artifacts and photos, making it the most comprehensive Holocaust exhibit to ever tour North America.

The exhibit will arrive at Union Station in June 2021.

“Having been an inmate in Bergen-Belsen, I have been exposed to misery in the concentration camps,” Jacobs said. “Nevertheless, I do plan to visit the exhibit when it arrives at Union Station.  I plan to attend in order to honor the memories of those who perished there, including my grandparents, aunts, uncles, cousins and 1,100,000 of my Jewish brothers and sisters. Hopefully, I can learn something new as well.”

Jacobs, who is also a UMKC alumna, said she believes it is important to take part in politics and educate oneself about the past, as this can prevent an atrocity like the Holocaust from happening again.

“Hitler’s enablers were millions of passive bystanders,” Jacobs said. “None were innocent. The bulk of German citizenry, as well as much of the world, inactively stood by as the Final Solution was methodically executed.”

Jacobs also expressed how being able to view artifacts up close and in person will allow the Holocaust to feel more real to a generation who may feel less connected to it.

“Artifacts from Auschwitz are tangible reminders of what happened there,” Jacobs said. “For those who have not been exposed to Holocaust studies, it is a poignant and shocking history lesson. There are Holocaust deniers who insist the Holocaust never happened or that it was not catastrophic. Artifacts provide further evidence of what occurred in Auschwitz.”

Andrew Bergerson, a UMKC professor and historian who focuses on modern German history and the Holocaust, agrees going to the exhibit this summer and seeing these artifacts will leave a lasting impression.

“We once again live in an era in which elected representatives of the people are belittling science and denying facts for political purposes,” Bergerson said. “Social media has become a platform for proliferating (actually quite traditional) antisemitic conspiracy theories; and violent people are responding with violent acts.”

Bergerson said objects and places tied to these mass atrocities have an aura of authenticity, which encourages people to take the facts of antisemitism and genocide more seriously.

“It opens our hearts and minds to the suffering of the victims,” Bergerson said.

Bergerson also emphasized the importance of studying the Holocaust now, to avoid making similar mistakes involving antisemitism, racism and genocide, but he specified that while history has a lot of similarities, every situation or historical event is unique.

“Trump is not Hitler,” Bergerson said, “But violent words do lead to violent actions. Racism kills in the United States on a daily basis, and antisemitism is on the rise. Recognizing current trends as a contemporary American version of fascism helps us to understand how to fight against it.”