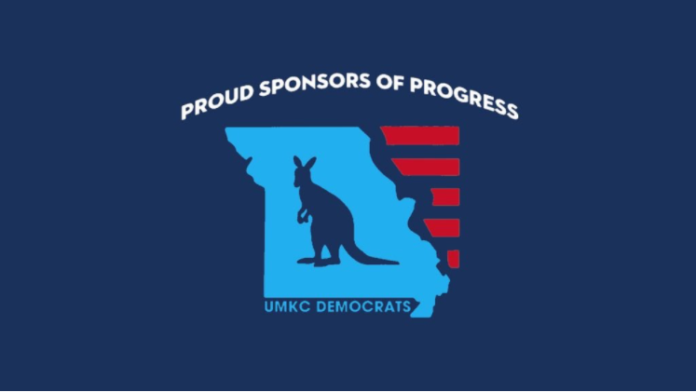 According to Charisma Sewell, the campus representative for the College Democrats who was present at the incident, the offenders were blasting music through their microphones. They joined at approximately 6:55 p.m., just five minutes before the meeting was supposed to start.

“I personally think this is unfortunate because it shows we’re not allowed to live in our own skin, as other people are,” Sewell said. “We are forced to have a hard shell and not allow words to hurt us.”

Sewell said that UMKC College Democrats has recently focused on its Twitter page to increase student engagement and reach a wider audience. As part of the renewed effort, the organization posted the flyer for the virtual meeting on its social media.

“I’m unsure if these were students at UMKC or just bigots who found the flyer and decided to be offensive that day,” Sewell said.

Some members who witnessed the incident opted to leave early, but Sewell stayed on the Zoom call to see if she could get any names in case they were students, though she was unable to identify any of the participants.

Once the Zoom bombing was over, the meeting went on as scheduled. Most of the members had not joined the call when the Zoom bombing occurred. However, those who were present for the incident had other feelings.

“Mostly everyone seemed upset or agitated, but not really offended,” Sewell said, “A majority of our group are members of marginalized communities.”

College Democrats reported the incident to UMKC, where the case has been submitted to the Office of Student Conduct and Civility for review.

The university also provided College Democrats with Zoom security information to prevent this type of event from happening again.

“[The information] included specific instructions from Zoom on how to keep uninvited guests out of your Zoom meeting, and UMKC Zoom Best Practices to help you secure your meeting,” UMKC spokesperson John Martellaro wrote in a statement regarding what measures have been taken to assist College Democrats.

However, Sewell said UMKC’s response implied that College Democrats had done something wrong and had allowed the attack to happen.

“It’s a bit offensive to be treated and talked to like we did something wrong,” Sewell said. “I don’t believe that my organization, which tries to be a comfortable and safe place to educate, should have to take multiple precautions to ensure our members are not verbally attacked and abused.”

Sewell said that she does not know why UMKC College Democrats was targeted, but she said the flyer on Twitter may have been a factor.