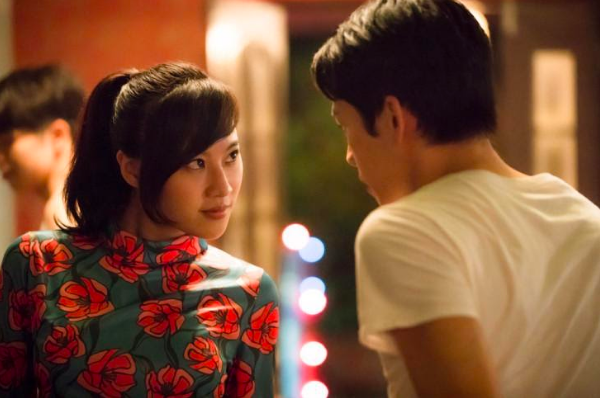 We all have actions and choices we regret making. While there are times we can let them go, some regrets hold on much longer than others.

Alan Yang’s film directorial debut, “Tigertail,” focuses on the life of Pin-Jui (Tzi Ma) as he reflects on his youth while also trying to fix his relationship with his daughter Angela (Christine Ko).

The film is a beautiful fusion of sadness mixed with a tinge of hope.

It perfectly captures the feelings of nostalgia and melancholy in the transition between scenes of Pin-Jui’s current life in America versus his time as a working teen (portrayed by Lee Hong-Chi) in Taiwan during the 1970s.

The scenes of Taiwan are warm and vibrant, which signifies a happier time for Pin-Jui. As for the scenes after his move to America, the color saturation is more pale and drab. Although it wasn’t necessary to do so, this was an excellent choice on the filmmakers’ part.

Not only is the film visually stunning, but the acting is also well-rounded.

While Pin-Jui can be an empty shell of a human at most times, Ma knows how to cleverly deliver his lines, making them rich and authentic to the point you could almost feel for his character.

As for Lee, he portrays the younger version of Pin-Jiu perfectly.

His acting is a breath of fresh air— he can easily portray a happy, young adult doing as he pleases and then transform into a stone-cold workaholic the next second. The duality of his acting is brilliant.

While there are many good things to say about “Tigertail,” it still has its flaws.

The film is very much a slow-burn. Nothing happens in the beginning, and it’s a while until anything actually worth watching takes place. There aren’t a lot of exciting scenes or plot points revealed, so it can feel very long for many and may not be for everybody.

The film makes up for these flaws, however, concluding with a meaningful ending that will please many (as well as leave them in tears).

“Tigertail” is a heartfelt drama that will leave you wanting more than what you’ll see and is a film you won’t regret watching.

Previous articleViews of an empty campus
Next articleTriage of a Mouse