“The Last Dance”: Explaining the legend only makes it more legendary 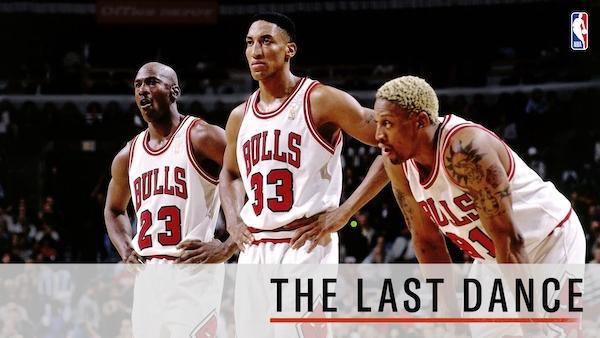 As a child of the 90s, I was aware of Michael Jordan and the Chicago Bulls, even though my family didn’t watch the NBA. Their appeal surpassed basketball and even sports in general, and instead became this overwhelming presence of greatness. In the time since, I have wished that I was more aware of the phenomenon that was occurring and had been able to experience it for myself. I suspect that many people have felt something similar.

For us, “The Last Dance” is a godsend, especially in the days of quarantine. Released two episodes per week, the 10-part docuseries goes in-depth on the lives of the key figures behind the Chicago Bulls two “three-peat” championships.

The greatest strength of the documentary is its access. Numerous interviews give perspective to every situation throughout Jordan’s historic career. The timing is perfect—nearly all the prominent figures are still alive and cogent enough to remember and describe even the smallest details of the narrative. An additional benefit to the majority of the cast still being alive is that no one seems to feel obligated to speak well of each other. Jordan, as well as the others, often speak with tact, but that only adds to the satisfaction when he calls Isiah Thomas an asshole for walking off the court without shaking hands after their loss.

Another incredible factor of the documentary’s access is the mountains of footage from games, practices, interviews and leisure. It would be impossible for similar superstars of previous decades like Larry Bird or Magic Johnson to receive this treatment. But the Chicago Bulls emerged at the same time as many modern technologies, which allowed for greater, unfettered access.

My biggest complaint about “The Last Dance” is that the timeline can be a bit hard to follow. Most people are aware to some extent about major moments: “The Shot,” “The Flu Game,” the first championship against the Lakers and any number of greater or lesser feats performed by Jordan and the rest of the Bulls. However, for those not intimately familiar, the context for these moments can be lost in the general aura of legend. The documentary tries to keep things clear with frequent reminders of dates, but even then, keeping track of the narrative can be a challenge.

“The Last Dance” exists on three separate but interwoven tracks of time. The first is the story of the Chicago Bulls going into the 1997-98 season, in which they are competing for their sixth championship. This finals victory would complete the second three-peat and cement the legacy of the Michael Jordan, Phil Jackson-helmed Bulls.

The second track of time follows Jordan’s career more broadly, but is also generally about the Chicago Bulls as an organization. With Jordan drafted, they go from a joke of a team (Jordan gets a big laugh when the interviewer calls that era of the team “The Chicago Travelling Cocaine Circus”) to six-time champions and recognized as one of the greatest teams ever formed in the NBA.

The last track focuses on the life of a specific character in the story. To this point in the miniseries, Scottie Pippen has been the focus of an early episode, interviewing his family and delving into what brought him to be “the most underpaid man in the NBA.” Bulls General Manager Jerry Krause gets the spotlight and is presented as something of the antagonist to Jordan’s last run for the championship. Dennis Rodman comes across as a hard worker and physical player who grapples with his expression of self by leaving on spur-of-the-moment binges and Vegas vacations.

Taken as a whole, these three tracks work well to give context to all of the moving parts required to win six championships in eight years. But on a moment-to-moment basis, it can be disorienting. “Is this When Rodman was on the team, or is this when he was still on the Pistons?” “Wait, who’s the coach at this point?” “Is this before or after the Bulls started weight training?” The back-and-forth nature of the presentation can lead to the uninitiated having to do some additional googling.

Also, each episode opens with a focus on a specific character, seemingly setting up that the entire installment would be a deep dive into that person. Some do—Pippen received a lot of attention in episode two. However, most seem incapable of fully shifting the attention off of Jordan. Rodman in particular had to share the spotlight. Ever an interesting and enigmatic figure, Rodman’s story of growing up on the streets and finding basketball, dating Madonna and Carmen Electra and drastically changing his appearance was still cut to pieces within the overwhelming narrative of M.J. and the Bulls. The effect is exacerbated with Rodman because he was also a part of the 1988-91 Detroit Pistons team that shut down Michael & Co.’s first real run at a championship. So within a single episode, Rodman can bounce back and forth between teammate and rival, hero and villain.

The other negative impact that the somewhat-confusing timeline has is how it plays into the weekly release of the miniseries. By the end of the episode seemingly about Pippen or Rodman, the audience is only at the early parts of the 97-98 season and similarly early in the story of the Bulls. So, there is a strong sense that everyone but Jordan may end up getting short-changed by the documentary treatment.

“The Last Dance” has accomplished two seemingly diametrically opposed goals. On the one hand, the documentary has given insight into the lives and emotions of people who took over the popular consciousness at that time. This sort of tell-all documentary would normally shed light on the fact that all of these larger-than-life athletes are in the end still just people. However, on the other hand, the documentary seems to further engrain the divinity of M.J. and the Bulls, even as it illuminates their humanity. Like a modern-day Homer, “The Last Dance” proclaims the skill and unstoppable drive to victory Jordan possessed like an Achilles of the hardwood. And like the Illiad, everyone watching already knows how the story ends.