Peter Morello: From reporter to professor, a remarkable journey 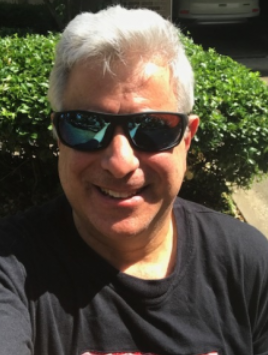 If a student is a Communications Studies major at UMKC, chances are they have attended a class taught by professor Peter Morello.

Morello, who first joined UMKC faculty in 1999, has a distinguished career in journalism, a subject he fell in love with at an early age.

“I was eight years old when President Kennedy was assassinated, and everything was on television about it,” Morello said. “I even saw Lee Harvey Oswald shot on live TV.  Plus, I always had an interest in global affairs, even as a kid. Growing up in New York City, you were expected to be familiar with things outside your own neighborhood. In high school I decided this was the career path I would like to follow.”

Morello cited the Watergate Affair as another motivation for his wanting to be a journalist. He attended the University of Wisconsin-Madison at the time, majoring in journalism. He said he was amazed at how Bob Woodward and Carl Bernstein of the Washington Post could bring down a president when they were both 27 years old.

“It wasn’t that I really wanted to be an investigative reporter,” Morello said. “I would’ve been good with that, but I just wanted to be a reporter. That sealed the deal for me.”

After graduating from the University of Wisconsin-Madison, Morello began his broadcast journalism career at a CBS affiliate in western Colorado where he covered the region, in addition to parts of Utah and Wyoming.

While in Colorado, Morello applied for a position as international correspondent for 275 PBS stations. According to Morello, more than 400 people had applied for two positions, and he said he felt fortunate when he was notified he had landed the job. What started as a two-year contract eventually turned into a 15-year career.

“I had the reputation of being reliable,” he said as an explanation for his tenure. “I could go somewhere and come back with a story.”

During his time as a PBS correspondent, Morello reported on events in Europe starting in the mid-1980s. He covered events including Mikhail Gorbachev coming into power in the Soviet Union in 1985, the fall of the Berlin Wall, the reunification of Germany, the emerging democracies of eastern Europe, the collapse of the Soviet Union and the war in Bosnia.

“I was covering history,” he said. “For me, these were the best reporting experiences that I ever had.”

Morello recalled an incident which occurred while he was covering the fall of the Berlin Wall.  He described the holes in the wall, with East German border guards just on the other side. At the time, East German border patrols had shoot-to-kill orders. Morello talked to the guards and offered them cups of Glühwein, a German holiday drink sold on Morello’s side of the wall. The guards, said Morello, happily accepted.

“I actually handed the cups through the wall,” he said. “They graciously offered me cigarettes. I did smoke a little bit at the time. East German cigarettes were horrible, but it was still very interesting to see that all going on.”

Morello also spoke about the dangerous experiences he had during his reporting career.

“When I covered the war in Bosnia, I was shot at three times,” he said. “During the siege of Sarajevo, there were 800 snipers on rooftops and elsewhere. From the mountains, there were Serb paramilitary forces firing down on the city, and this was a city of 350,000. I was pinned down with my camera crew. There were no video games in Sarajevo. There was no Call of Duty. We were human targets.”

Morello also recalled how difficult it was to cover the upheavals caused by mass starvation in Somalia. During that time, Somalia did not have a functioning government and the urban areas were run by gangs.

“We were driving in a small truck with an open bed and had razor wire around it because people would try to steal our equipment,” he said. “One guy actually jumped up on top of the truck. I was with my crew and the guy picked up the camera and said, ‘Give me $20, otherwise I will drop this.’ So, I gave him $20.”

Morello said people would also use fishing rods to try and reel things out of their truck as they drove by. Despite the difficulties he faced covering Somalia, Morello had a long career stint in Africa. As a Fulbright scholar and senior specialist, he taught journalism to undergraduate and graduate students in Ethiopia and Eswatini. He also held workshops for journalists in those countries and in South Africa.

Throughout his career at UMKC teaching journalism, Morello said he has taught his students how to be accountable, self-aware, how to write, how to think outside the box and how to respect your audience.

After getting his mid-career Master’s degree at Columbia University, Morello said he had decided he wanted to teach after years of reporting.

“UMKC was one of four schools that I had interviewed with, and I decided I would like to live in the Midwest. It’s a good place to raise a family. UMKC did not have a journalism program at the time but were planning one,” he said. “The University of Missouri system was good, and I knew that I would be able to work with colleagues at the J-School, one of the best in the country. But, I really didn’t want to live in Columbia, so I didn’t apply there. I wanted to be in a larger city.  UMKC turned out to be the right choice, actually.”