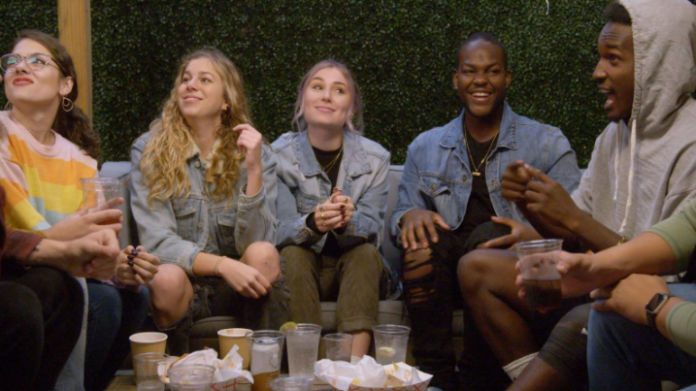 Netflix’s recent docuseries, “Deaf U,” explores the relationships between deaf and hard-of-hearing students at Gallaudet University in Washington D.C. Within a week, the eight-episode series was on the trending list for Netflix and received praise for its representation of the deaf community.

I enjoyed the docuseries because it portrays a realistic representation of deaf students as normal teens who deal with the usual trials and tribulations of college. The series explores common topics like love triangles and gossip, but also gives insight into the daily struggles deaf people experience.

For example, cast member Daequan Taylor explains his struggle to learn sign language only after he went to college. He has a different experience with deafness compared to his peers since he was born hearing and can still communicate without sign language. When cast member Renate Rose and her girlfriend, Tayla, get manicures, they cannot easily communicate because their hands are being painted. When the cast hangs out at a local restaurant, they rearrange the furniture so it is “deaf-friendly.” In doing so, they can all easily see and sign to each other while Taylor and fellow cast member Rodney Burford have to communicate with the waitress, as they are the ones who can comfortably speak.

The cast is a dynamic mix of characters. There are some who are in all-deaf families and others who are the only deaf member of their family. There are also students who went to all-deaf schools and students who went to public school. Not everyone in the cast likes each other, but they are all interconnected, whether through a mutual friend or other means.

Rose is a Kansas native and explained how she got on the project.

“I heard it through a friend, and she gave me the recruiting agent’s email address,” said Rose.

When she first heard Netflix was making a series centered around deaf students, she said she was skeptical because “it seemed too good to be true.”

After applying, she went through several rounds of interviews and did not officially join the cast until after the filming of the pilot episode.

Rose said she was pleasantly surprised by her experience on the show.

“It was even better being part of a reality show,” Rose said. “I didn’t expect to enjoy filming, but I really did love the experience.”

One of the executive producers on the show is Nyle DiMarco, a model and actor who first gained attention in 2015 for being the first deaf contestant, and winner, of “America’s Next Top Model.”

Rose only had positive things to say about DiMarco.

“I did get to meet him,” she said. “He’s really warm and charming, and I found it was easy to chat and work with him.”

While Rose had many positive things to say about her experience on the show, she did have doubts about the lack of representation.

“Looking back, I wish I had the courage to ask why there was not a BIPOC (Black, Indigenous, and Person Of Color) woman on the cast,” Rose said. “I felt starstruck by the production team, and throughout the filming I still felt it was too good to be true.”

Although there has been no confirmation yet, Rose has said she is rooting for a second season, and, based on the positive responses, it would be no surprise if the Netflix producers plan for one.