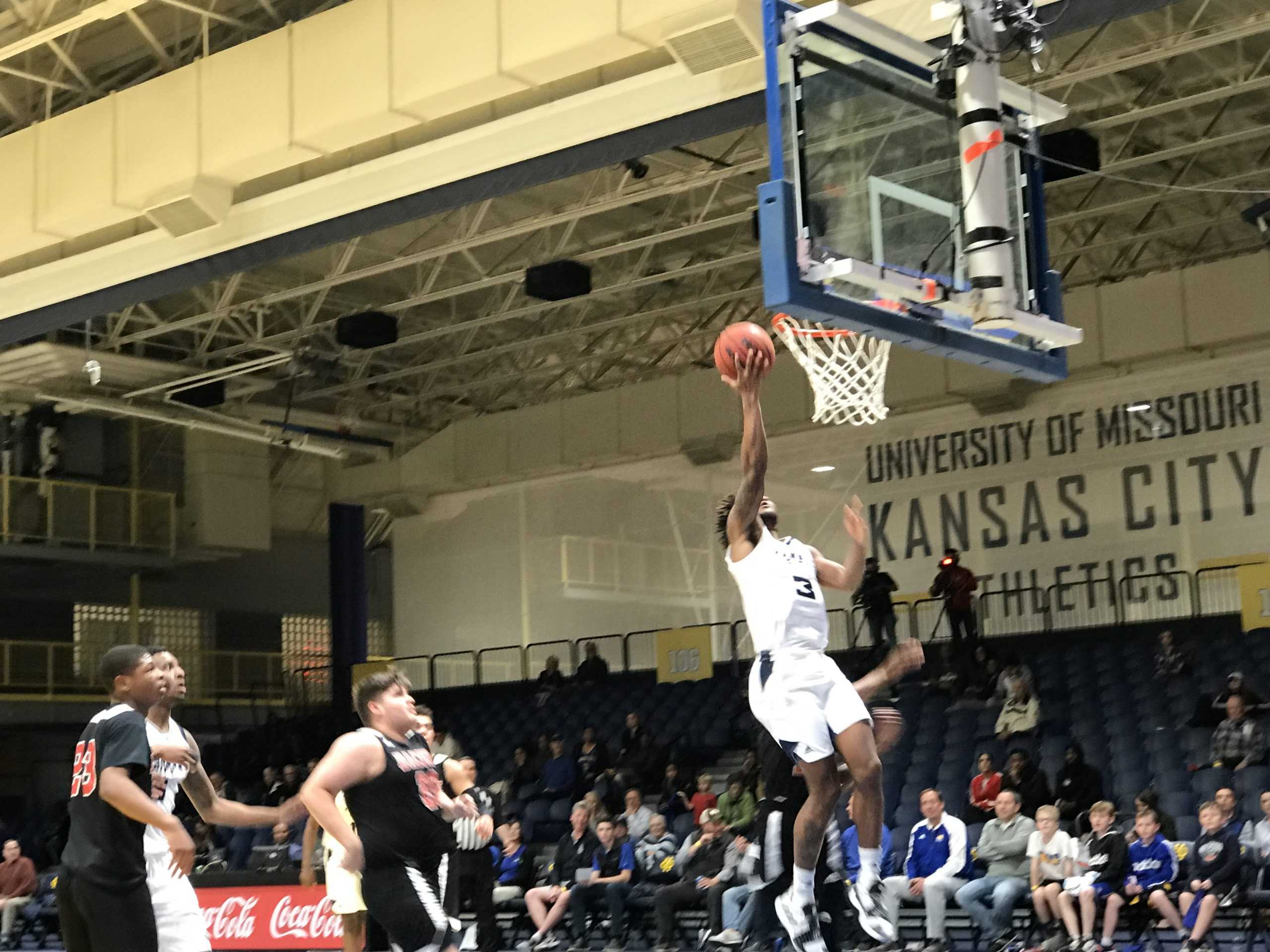 The Kansas City men’s basketball team dusted Bacone College to the tune of 111-38 last week, snapping a three-game slide. The 111 points scored were the fifth-most in program history, and the 73-point margin of victory set a new school record at the Swinney Center.

“It’s a win not to get incredibly excited about,” Head Coach Billy Donlon said. “We beat a team we’re supposed to beat in a way we’re supposed to win. After coming off three difficult road games in a row, we needed a game to get healthy, to improve, and we got that tonight.”

The Roos were led by senior forward Javan White, who ran the floor with purpose, dominated the glass and rattled the rim early and often. White was dialed in from the opening tip, finishing with 24 points (second-most in his college career), 15 rebounds, and going 11-14 from the field.

“I thought I showed great effort today,” White said after the game. “I talked to a couple of coaches and we talked about me showing better effort in practice and in games. It all came together tonight.”

The Roos dictated the tempo early on by flexing their muscles on the defensive glass and showcasing their speed in transition. Kansas City opened the game on a 25-6 run eight minutes in and only widened the margin as the game progressed, thanks to 82 paint points and 54 points from the bench.

“Just playing with more of a pace, being able to see guys to get open shots and layups,” Hardnett said. “That’s what I need to bring to the table from now on.”

Junior guard and Kansas City’s current leading scorer Brandon McKissic saw his 29-game starting streak end with the contest. According to Donlon, his decision to not start McKissic was nothing more than wanting his offensive firepower to come from the team’s second unit.

“It was a selfless act for the betterment of the team,” Donlon said. “We feel like playing Jahshire and Brandon together impacts us off the bench. We need [Brandon’s] speed and pace off the bench for our offense to get better.”

Following the dominating victory, the Roos headed to the Island of Bahamas Showcase in Nassau this past weekend. Kansas City took on George Washington in the first round and came away with a 74-68 victory, led by 25 points from Hardnett and 13 points and seven rebounds from junior guard Marvin Nesbitt Jr.

The Roos clinched another 74-68 victory in round two over East Carolina University. Senior guard Rob Whitfield shined, finishing with a game-high 29 points.

The Roos are back home against Western Illinois Nov. 30 at 7 p.m. at the Swinney Center.