KC Art on the Block: Kansas City artists and volunteers paint murals in support of the BLM movement 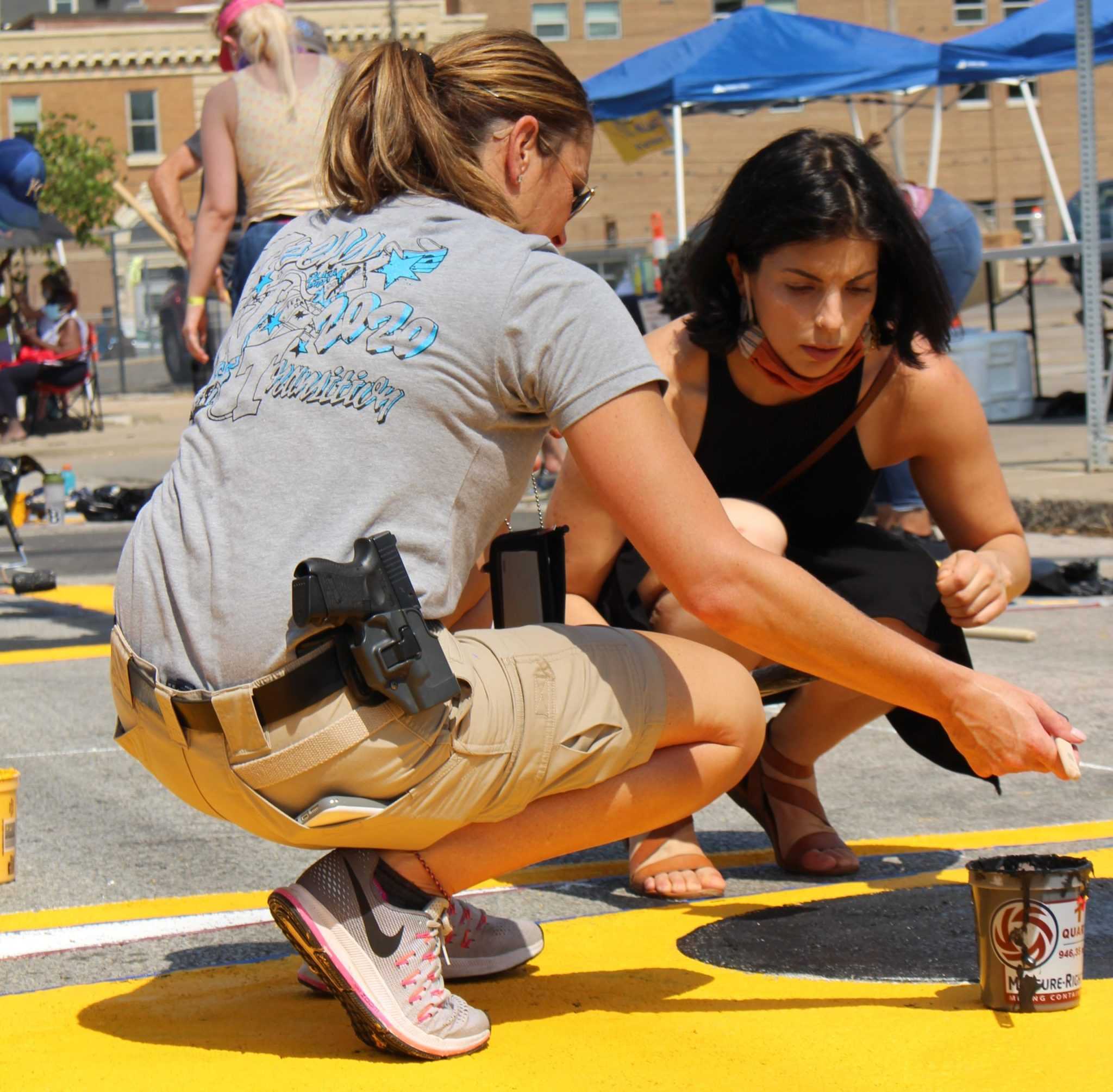 “I had to design the letters, so everything you see going down is a part of my design,” Adrianne Clayton said about the mural at the intersection of East 18th and Vine streets. “I kept in mind that we were in the Jazz District.”

“You can see on the bottom of some of the letters there are piano keys and you see our ‘KC’ in there and it represents the Negro League. You’ll also see the black fist, you know, united we stand,” she said. “ I just tried to keep it clean, crisp, and meaningful.”

The project was organized by the Urban League, Troost Market Collective, KC chapters of the NAACP and other organization leaders. The lettering stretches 2,000 feet down several prominent streets in Kansas City and marks one of the largest sets of Black Lives Matter murals since similar projects began around the country in June.

The energy of creating history was in the brushstrokes of the hundreds of volunteers who painted the streets.

“It’s a small way to show that our city cares and that our city is working towards equality,” Parker, a volunteer, said. “And so, if I could be a part of it, I think it’s a cool opportunity.”

Many other volunteers expressed how important it was to them that the community cared enough to support the addition of these murals to Kansas City streets.

“It means a lot,” Jeffary Wraggs, another volunteer, said. “The community needs this, to give everybody a chance to be out here.”

At the Troost Avenue and 31st Street location, a couple of school resource officers from KCPD joined in on the painting as well. Officers Holly Zornes and Antonio Hill brought teenagers from the program they work with called Teens & Transitions, which brings together endangered youth and art.

“I use this as a way to build community relationships,” Officer Hill said. “We brought out kids we’ve been working with. We love our kids, and we want to let them know we’re here to support them, and people just like them. It speaks volumes to our youth.”

While volunteers, spectators and organizers showed up in great numbers, they all wore masks and practiced social distancing. Several booths were set up to promote voter registration and completion of the census.