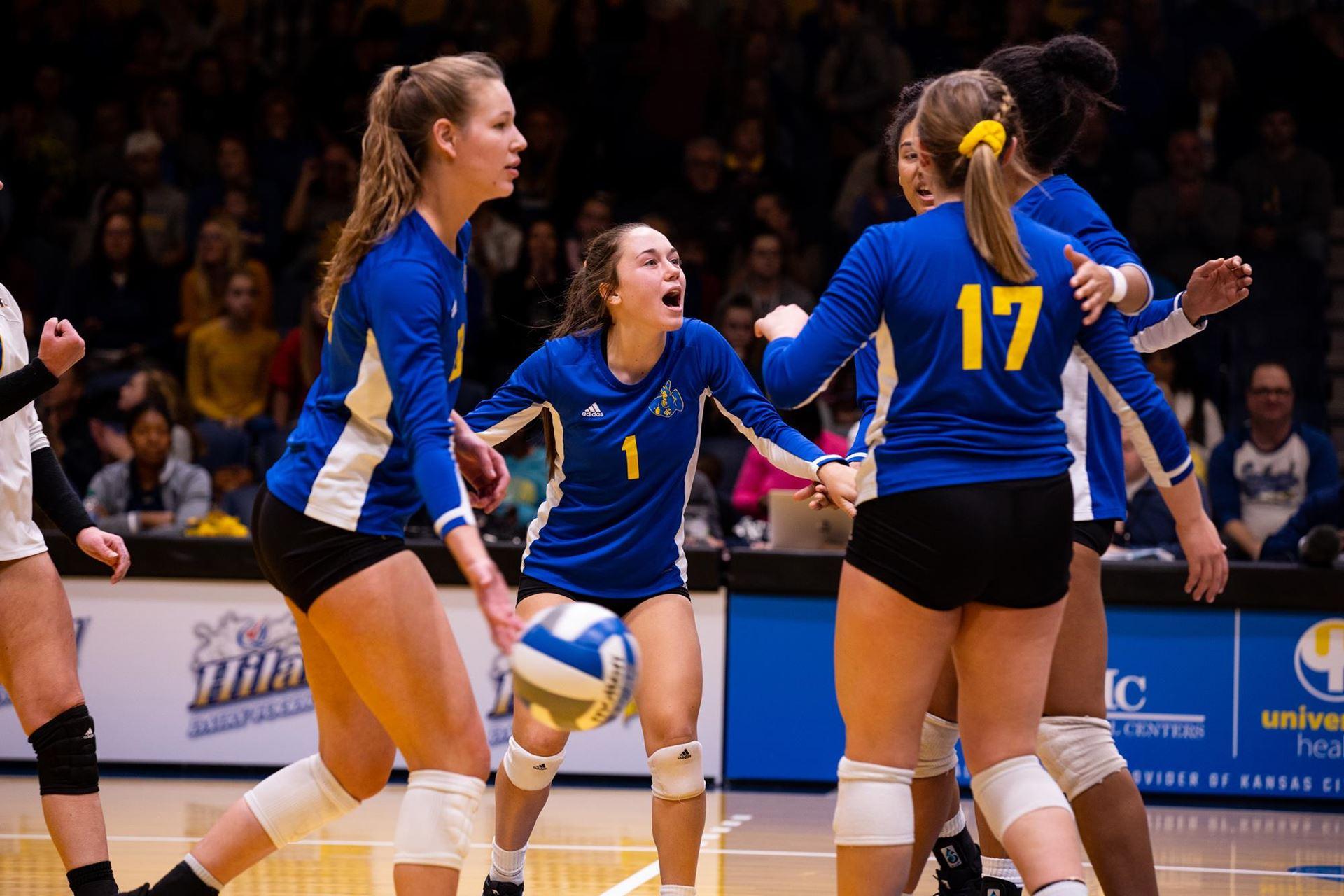 The confident play of the Kansas City volleyball team led them to a sweep the University of Texas Rio Grande Valley (UTRGV) last week for a fifth win in a row in their second-to-last last conference game (25-22, 25-21, 25-12).

“We weren’t as offensively efficient as we would like, but we were tough serving and we blocked pretty well,” Head Coach Christi Posey said to Kansas City Athletics.

No one reached double digits in kills for the Roos, a rare occurrence. However, the team’s eight aces and 11 blocks helped lock in the win.

The Roos’ three seniors were ruthless at the net, building a roof that UTRGV could hardly get around. Senior Mykal Saddler finessed five block assists, putting her at 23 for the season. Saddler is now #10 all-time for block assists all-time at UMKC and is only three away from being crowned ninth.

When UTRGV did find a weakness in Kansas City’s block, the defensive specialists would sacrifice themselves for the dig. Junior Alex Ratzlaff swept the floor with 14 digs on the night, followed by senior Alicia Harrington with 12 digs.

“We talk about playing the best at the end of the season,” Posey said. “One thing that this team has done well all year is playing tough in difficult environments.”

The Roos’ offense came out strong to stop the powerhouse NMSU, which had already snagged the #1 seed going into the WAC tournament. Despite the loss, Kansas City Volleyball officially clinched the #3 spot in the tournament following this match.

“We have been playing hard all season long,” Posey said. “We’re pretty locked in right now and we’re looking forward to competing at the conference tournament.”

The WAC Tournament gets underway on Nov. 21 in Orem, Utah.