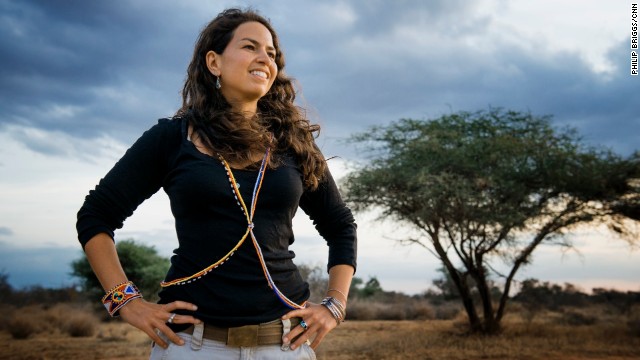 African lions are one of the most popular animals at the local zoo, but this species is in danger in the wild. Lions are classified as vulnerable by the International Union for the Conservation of Nature, mostly due to loss of food sources and habitats, retaliation killings and poaching. According to National Geographic, there are 14 African elephants for each lion living in the wild. They used to roam across three separate continents, but are now confined to small, isolated patches of Africa. One woman in STEM advocating for the protection of these majestic predators is Dr. Leela Hazzah.

Hazzah knew she wanted to work on lion conservation from a young age. Her father told her stories of hearing lions roar from their home in Egypt, but that was no longer possible due to the decline in their population in that area. To pursue her dream, she moved to the U.S. to earn a bachelor’s degree in biology from Denison University in 2002. She went on to complete a master’s of science degree and a Ph.D. in conservation biology from the University of Wisconsin at Madison.

In 2004, Hazzah joined the Living With Lions team—a conservation group based in Kenya—to study the complex relationship between lions and the Maasai people. In Maasai culture, killing a lion is a rite of passage for young men. Lions are also killed in retaliation for loss of livestock. In 2005, Hazzah moved into a Maasai community near Chyulu Hills National Park in South-Eastern Kenya to observe and participate in the community’s daily life. Through her interactions with the warriors, the group primarily responsible for the lion killings, she came to a stunning realization that the very people killing lions were the best people to protect them.

Hazzah co-founded the community-based conservation project, Lion Guardians, in 2007. Lion Guardians combine traditional Maasai warrior cultural values, like warning herders of nearby predators and corralling livestock, with non-traditional knowledge, like literacy training, radio telemetry and GPS. The project is successful, providing accurate population statistics and in 2012, for the first time since 2004, a boom in lion cubs. The Lion Guardians themselves, the Maasai warriors, name the lions in their territory and rejoice at seeing new cubs.

Hazzah and the Lion Guardians have won numerous awards, including the 2009 WINGS Women of Discovery Field Research Award, the Saint Andrews Prize for the Environment in 2012, and were named one of CNN’s Top Heroes in 2014. Today, she continues to serve as executive director of Lion Guardians. The project started in the Amboseli region of Kenya, but the approach is now applied across multiple countries, including Uganda, Tanzania and Mozambique. Hazzah also serves as president of the U.S. non-profit organization Wildlife Guardians.