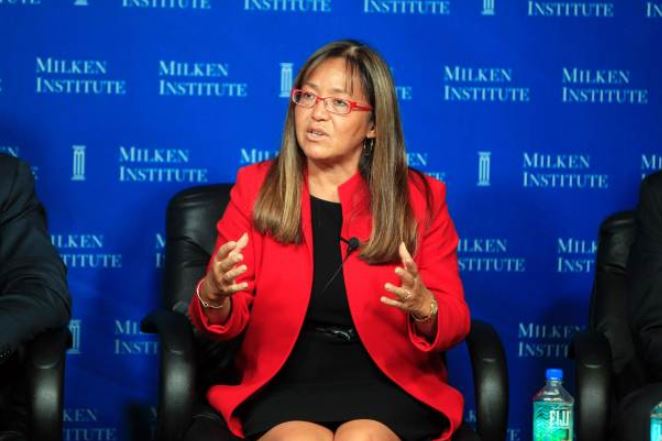 General Electric (GE) was founded in 1892 with the merger of the Edison General Electric Company and the Thomas-Houston Electric Company. Since then, it has driven innovation in multiple areas, including aviation, power and healthcare. It’s also driving diversity in tech. In 2015, a study of U.S. venture capital firms found GE Venture had the most women investment leads. One woman in STEM leading GE Venture is Sue Siegel.

Siegel grew up in Puerto Rico. She was inspired by her mother, a Filipina immigrant who was the first woman to earn a graduate degree from the Yale School of Forestry. Siegel earned her Bachelor of Science degree in biology from the University of Puerto Rico at Mayaguez, followed by a master’s in biochemistry and molecular biology from the Boston University School of Medicine.

After graduation, Siegel followed an unconventional path in STEM: the marriage of healthcare and technology. Within five years of beginning her career, she became the president of Amersham Pharmacia Biotech in 1990. Eight years later, she became the president and a Board Member for Affymetrix, Inc., where she stayed for another eight years. She also served on the Board of Directors for Silicon Valley’s Tech Museum of Innovation and on the Advisory Board of Gladstone Institutes. In 2006, she became a partner in Mohr, Davidow Ventures. From 2006 to 2014, she served on the board of directors for multiple organizations, including RainDance Technologies, Navigenics and Pacific Biosciences, Inc.

Siegel joined GE in 2012 as the CEO of Healthymagination, a global initiative to improve quality and affordability of healthcare. The next year, she also became the CEO of GE Ventures. In 2015, she joined the Precision Medicine Initiative Cohort Program under President Obama. In 2017, she became the Chief Innovation Officer for GE Ventures; a post she held until August of last year.

Siegel has earned numerous awards and honors for her career in healthcare innovation. The Silicon Valley Business Journal listed her as one of “The 100 Most Influential Women in Silicon Valley.” In 2017, she was named one of Fortune’s “34 Leaders Who Are Changing Healthcare,” alongside Joe Biden and Bill and Melinda Gates. In 2018, she was listed as one of “11 Latinas in Technology Changing the Face of Their Industry” by HipLatina. She’s also featured in the book “Multipliers: How the Best Leaders Make Everyone Smarter.”

Today, Siegel continues to serve as a board member for multiple organizations, including the Stanford University School of Medicine, the Kaiser Family Foundation, Align Technology and Illumina. She’s also an active advocate for diversity initiatives in STEM.