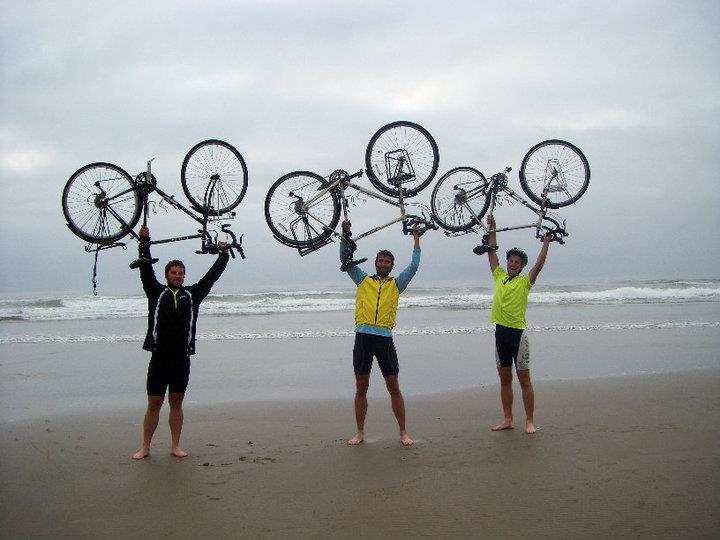 What if you could spend the summer traveling America, helping with service projects and internships and taking courses in colleges across the country, all while getting in the best shape of your life?

That is the kind of summer the Young Philanthropists (YP) are hoping students will want. With their initiative #Adventure2016, the YP will be coordinating a cross country trip for students and volunteers between the beginning of June and the end of August.

Packages range from the entire summer to single weeks. For those that take part in the entire program, the trek begins on the west coast in Sacramento, Calif. on June 1. From there, participants can spend the next five weeks traveling by bus, bike or on foot to Portland, Ore., arriving there by July 1. For the next month following, they will travel across country to New York, ideally making it there by July 27. Finally, participants can spend another five weeks traveling the east coast from New York to Savannah, Ga., ending their trip by Aug. 27.

During the trip, meals and accommodations will be offered, but the organization encourages people to venture off and experience the locals any way they would prefer. Food is provided by chefs with the help of dieticians, nutritionists and athletes to give participants “a variety of international vegetarian cuisines,” while also supplying, “ways you can prepare meat on the adventure.”

Lodging on the trip comes in a variety of forms. The YP offers “Mansion-Tents” that have electricity, wi-fi, showers and varied forms of entertainment. Participants are also encouraged to stay with the locals they meet and organizations they help throughout the trip. After those options, the organization also understands that people might want to spend a night in a hotel or motel throughout the trip and allows for that option as well.

Their frustrations are ones that many young people share, the desire to see the world but not being able to afford to travel.

In 2012, with these thoughts in mind the founders of YP, Matt and Andy Friedlund and Leon McCarron, happened to randomly meet while cycling in South Dakota. From this meeting, they organized the Young and Wild Expedition in 2013.

That first trip took the form of a record-breaking five-month, 7,000-mile trek from Jacksonville, Fla. to San Diego, Calif., then following the coast north to Seattle, Wash. Since then, the group has crossed the country two more times and made a similar trip in Europe from London, England to Istanbul, Turkey.

“Our goal is to create a safe, inexpensive and self-sustaining Adventure Platform that travels routes around the six populated continents so that anyone can see the whole world by 2021.”

Their goal is a lofty but admirable one. As their website puts it, “#Adventure2016 is the first step toward World Peace! (But seriously, that’s the vision!).” The striking part of this opportunity is the freedom of it. One might expect a cross country trip to come with a strict itinerary or harsh restrictions. However, the YP seems to encourage exploration and personal discovery as one of its highest tenets.

The price tag ($3500) will be a determining factor for many. However, the program has options and discounts in place to lessen the financial burden. According to the YP, “We’re working to make traveling the world an accessible way to educate people for passion-filled careers in solving serious global problems.”