When tuition freezes over– UM President fights against tuition spike 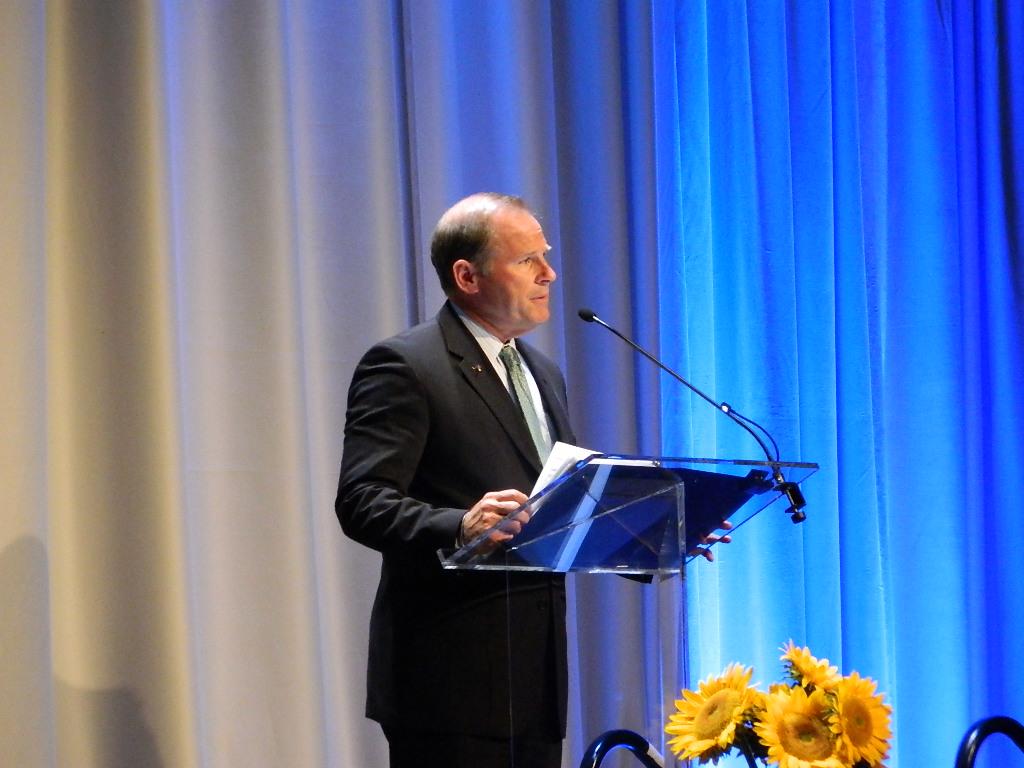 University of Missouri President Tim Wolfe told the St. Louis Post Dispatch that he will be recommending tuition at all four UM system schools to be frozen in the 2014-15 school year.

This recommendation to the Board of Trustees aligns with Missouri Governor Jay Nixon’s proposal that the state of Missouri ensure more than $80 million  is funneled into higher education.

In Nixon’s State of State address on Tuesday, he encouraged universities to resist raising tuition.

“Together, we’ve made great strides to make sure that a quality, affordable college education is an option for every family,” Nixon said. “In fact, over the past five years, Missouri’s public universities have led the nation in holding down tuition.”

With the governor leading the way, Wolfe has jumped on board with rallying the four UM system schools in staving off higher tuition for its students. He has high hopes that the Missouri Legislature will find merit in the governor’s suggestion as well.

“We feel good that they are going to work to support what the governor has in mind,” Wolfe said.

If all goes according to Nixon’s budget proposal vision, approximately $21.3 million would be brought into the UM system. Though these are ideal figures, Wolfe still anticipates resistance to the proposed plan.

Currently, Nixon is conceptually at odds with Republican representatives of the Missouri Legislature who have different opinions about how to increase economic growth. Additionally, Wolfe expressed concern about the general facility and building maintenance needs of all four campuses.

According to University of Missouri- Saint Louis Chancellor Tom George, his campus has not benefited from core appropriations in higher education buildings since 2003. With the pending necessity to update campus buildings, holding Nixon’s spending plan in good faith could be a risk.

Nixon’s insistence that core funding be awarded based on performance and how well each institution meets specific goals could restrict the entire UM system from being up-to-date with the latest equipment and facilities.

“And in the high-tech global economy, we need to make sure the degrees students pursue match the skills that businesses need,” Nixon said. “Over the next decade, the jobs that are in highest demand will require at least some background in science, technology, engineering or math—the so-called STEM fields.”

However, of the most prominent facility needs Wolfe mentioned, a lack of science lab space was one of them.  He said this caused a hindrance in producing more STEM graduates. It seems Nixon has considered this in his spending plan as well.

In February 2012, the UM Board of Curators voted to increase in-state tuition by 1.7 percent—the rate of inflation for Missouri resident undergraduate students. This was at a time when the governor was proposing a decrease in higher education core appropriations. With the optimism that more than $80 million could be funneled into the state’s higher education, the need for another tuition increase seems less necessary.

Wolfe vouched the he would send his recommendation to trustees with the intent of the proposal being discussed at an upcoming meeting.

“Our growing economy, combined with our sound budget management, affords us this unique opportunity to invest in our student’s future—our state’s future,” Nixon said. “It’s our responsibility to do it.”