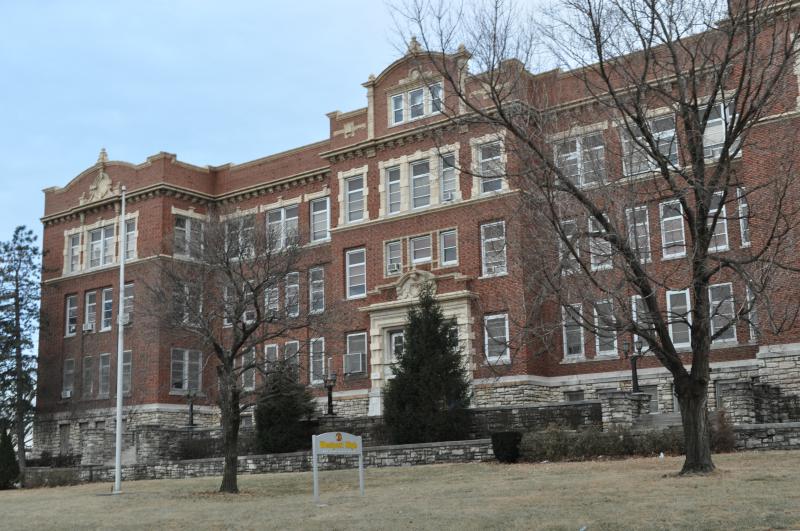 Plans to develop the old Westport High School are leading many to speculate that the building could one day serve as UMKC’s performing arts campus.

Earlier this month, City Council unanimously approved Sustainable Development Partner’s plans to restore the school, located at 315 E. 39th Street, into 25,000 square feet of commercial space in an effort to attract the conservatory.

The developers also renovated the nearby Westport Middle School into a multi-purpose co-working space, the Plexpod Westport Commons.

Multiple council members cited the developers’ past success in their support for the newest plans.

“The Plexpod has been incredible,” said Councilman Scott Taylor. “There are meetings there every day and community groups coming together, and this [project] will just expand that whole integration of these buildings into the community and reuse.”

Additional plans for the area include a new apartment building with up to 220 units, retail space and a parking garage.

UMKC’s original plans for a downtown conservatory began to fall apart last spring when former Gov. Eric Greitens vetoed a bill to fund the campus. The university promised to raise the additional funds on their own until a $20 million pledge from the Kauffman Foundation was withdrawn.

In September, UMKC announced all conservatory proposals must be within 2.5 miles of the Volker Campus, ending any possibility of a downtown location.

Despite recent headlines, UMKC is remaining tight-lipped on the conservatory’s future location.

According to UMKC Director of Media Relations John Martellaro, the university is not commenting on of the proposals it has received at this time.

Previous articleLooking for an internship? Students share their tips for gaining real-world experience
Next articleUMKC to Broadway