Unwrap the Funk: 5,000-Year-Old Mummies to Bring the Groove to KC 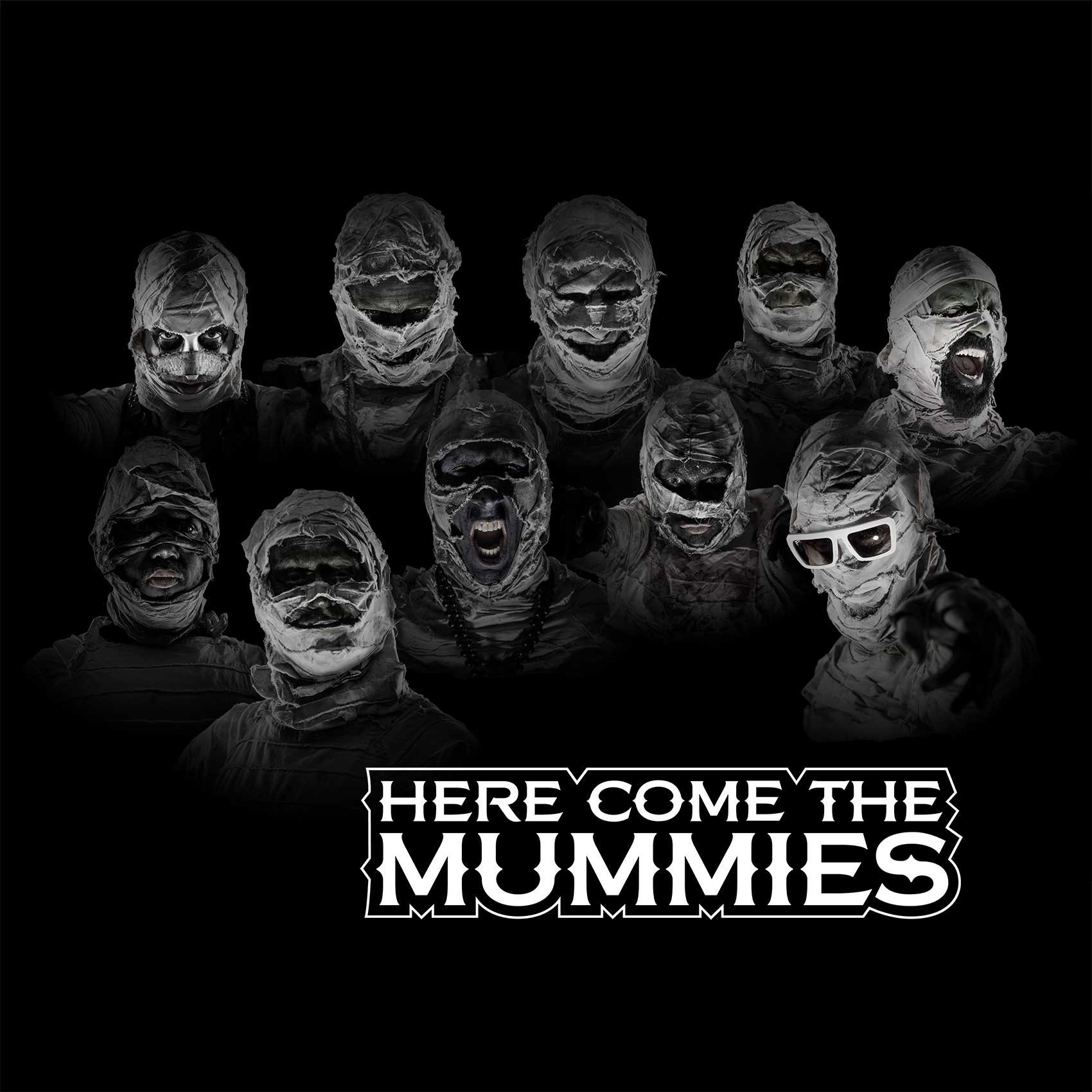 “It’s been a long and dusty road since 1922 when, at a dig in the desert south of Tunis, Professor Nigel Quentin Fontenelle Dumblucke IV (1895-1973) unearthed the ruins of an ancient discotheque to find a dozen undead Egyptian mummies inexplicably throwing down what he dubbed ‘Terrifying Funk From Beyond the Grave.’”

So reads the beginning of the origin story of Nashville-based funk group Here Come the Mummies, or HCTM, as they are lovingly known among fans. Largely anonymous and timelessly cool, the undead eight-piece has grooved their way into the hearts (and likely the pants) of admirers around the nation.

HTCM has been active in the public eye since 2000, releasing their first full-length album, Terrifying Funk From Beyond the Grave, in 2002. Now boasting seven studio albums, two live albums, four EPs, multiple festival appearances and a regular spot on Indiana’s The Bob & Tom show, the band remains as fresh as ever. Well, as fresh as ancient mummies can get.

The group’s music is skillfully executed, catchy and definitely dance-worthy. It lies somewhere amidst funk, blues, rock, ska and classic R&B. The members of HCTM are all careful to keep their identities a secret when performing live, remaining in character and using monikers like Mummy Cass, KW Tut and Eddie Mummy.

I had the pleasure of interviewing the band via email. According to their PR representative, keyboardist and vocalist $paz took down the band’s answers, as he is “begrudgingly learning to type…and think.”

So, after doing some reading up on you guys, I think I’ve got the basic timeline of your origin story down. As I was researching, the first thing I wondered is what keeps you going at 5,000 years old? Is it the fame? The ladies? The sheer love of funk?

Why play funk, out of all of the musical genres? I’m sure you’ve experienced many various genres, what with 5,000 years to choose. What about funk calls to you?

It is the sexiest by far. Can you picture Rachmaninov in leather pants? Neither can we.

What most influences your sound? How would you say it’s evolved over the past couple of thousand years (or, at least, since your first album release?)

We were positively oozing funk and soul well before the advent of electricity, but our sound has more vibe now that it is electrified. If Al Green or the Commodores only had the water organ, the lute, and an elephant skin drum they might not be quite as legendary.

Knuckleheads is one of my favorite venues of all time. Are you looking forward to coming to Kansas City?

We love Kansas City. We will be dodging trains and hiking for BBQ.

What sort of message do you hope to impart to the living with your music?

Get naked with a friend (or friends) now, before your flesh turns to jerky, like ours has.

What’s your least-favorite question to answer in interviews? Did I ask it? Please don’t use your ancient wisdom to curse me.

This one, but we aren’t the cursing kind. Winky Face.
As of right now, the mummies have stayed true to their word, and I thankfully remain un-cursed.

HCTM will be performing at Knuckleheads Saloon Friday, Feb. 19. Tickets are available through the venue’s website, knuckleheadshonkytonk.com.