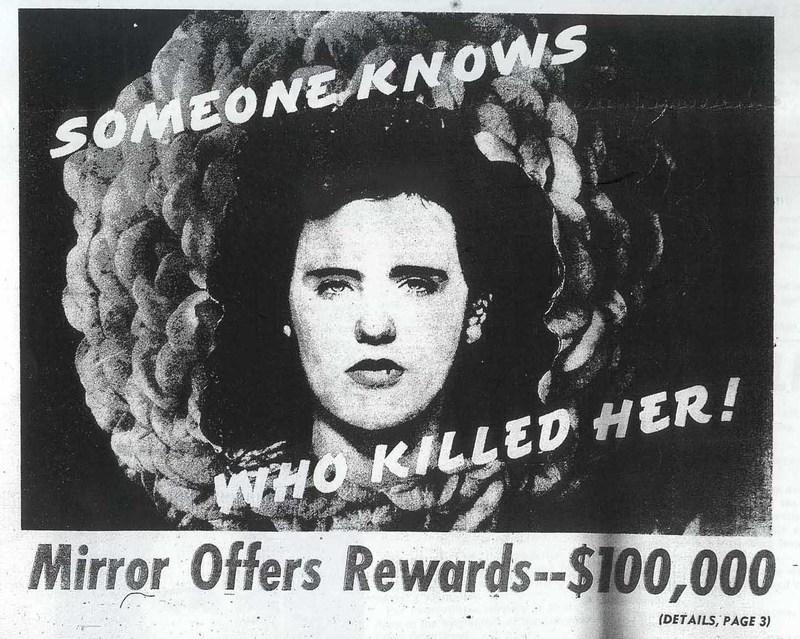 March 1941–Leila Welsh’s mother was still awake when the former beauty queen returned from a date at 1:30 a.m. Mrs. Welsh checked in with Leila before they went to bed, reminding her to close the window she always left open at night. Leila made her mother promise to wake her up early in the morning for an event.

Later that evening, Mrs. Welsh woke up to a loud thumping sound. Startled, she wandered around the house, but did not discover the source of the noise. Her son, George, was asleep on the couch. Leila’s door was still closed. She then headed back to bed, concluding it was probably just another creak in the night.

The next morning, Mrs. Welsh went to wake up Leila early as promised. Her hand twisted the doorknob, but the door refused to open. She jerked it a few more times, but it still wouldn’t budge. Finally, she forced her way in, discovering that a chair, propped up in front of the door, was responsible for her troubles.

Leila didn’t jam the chair in front of the door often, but something else drew Mrs. Welch’s attention away from that thought.

The window was left open. Again.

She pulled the window shut, then turned to wake her daughter up. After a few attempts at getting Leila to rise, she made a horrifying discovery.

Leila had been brutally bashed with a hammer, and her throat slashed. A piece of flesh was cut from her back, which police later found in a neighbor’s front yard. When the cops investigated the crime scene, they found the knife, hammer and gloves, which were used to commit the crime.

When police searched for more evidence, they found a few sets of fingerprints on the windowsill.

This crime horrified the people of Kansas City, and for a while, it was on everyone’s minds. People wondered who could have done such a terrible deed, and if the killer would strike again. There seemed to be no motive for something so brutal. Leila Welsh was fairly popular, a former education major at what was then the University of Kansas City who came from a well-known family.

Rumors began to swirl about the murderer. Then the public, and the police, came up with a decent guess.

Everything seemed to fall into place when a shopkeeper came forward to the police, stating that he sold the gloves to Leila’s brother, George. Armed with this, and the fact that one of the fingerprints that was found on the windowsill matched his, the police arrested George Welsh for the crime.

It seemed to make perfect sense, because there was a motive for him to commit the crime. The Welsh siblings were heirs to a fortune, but with Leila dead, George became the sole beneficiary.

Yet George would never go to trial for this case. George’s lawyer was able to quickly disapprove the shopkeeper’s story, and the rest of the evidence was circumstantial. Mrs. Welsh also testified that she saw George sleeping on the living room couch around the time of the murder. She added that he and Leila were close, and she didn’t believe he would kill her. If George were to murder his sister simply for money, why would he do it so viciously?

After this, with no other suspects arrested, the case faded from both public memory and police investigations.

Years passed, until a call came in from the Los Angeles Police Department.

In 1947, another murder case, the Black Dahlia case, made national headlines, and brutality of the murder shocked many. Actress Elizabeth Short was found cut in two pieces with a cheshire smile carved into her face. The police were determined to find her killer, but every lead came up empty.

With no solid leads, the case began to grow cold. This changed, however, when the murderer left the police a taunting note, along with Elizabeth’s purse. The purse was filled with potential clues, including a paper with a telephone number on it.

The number belonged to a man named Carl Basinger, a World War II veteran. He confessed he had known Short, but only for a night. He gave her a ride and a room at a hotel. He said that there wasn’t a romantic relationship between them. He was simply helping a woman he felt bad for.

Police found Basinger’s story odd, and upon further investigation, proved it to be a lie. Before going to war, Basinger trained at Camp Cooke, where Short volunteered, and it was suspected they met during this time. Short left the camp due to harassment from one of the soldiers. It was also found that he didn’t sign her into the hotel where he said they stayed.

When the police confronted Basinger with this information, he admitted that he spent several days with her, not just one. He denied being the officer who had harassed Short, saying that a Sgt. Brown was court-martialed for it. However, the police were not able to find any evidence of Brown’s court martial.

When the LAPD began to uncover more information about Basinger, they found that he lived in Kansas City in 1941, and the story of Leila Welsh drew their attention.

Police noticed that the murders were committed in a similar fashion, and the strange resemblance between Welsh and Short. It was also discovered that Welsh and Basinger attended the University of Kansas City at the same time.

Basinger was not the only Black Dahlia suspect connected to Leila Welsh. A man going by the name of Claude, in reality Leila’s brother George, was in Hollywood at the time of Short’s murder.

The police believed that they were onto something, and contacted the KCPD, hoping to see the evidence and police files that were connected to the case of Leila Welsh. However, the police were unable to find evidence that Short knew either of the Welch siblings. Investigations were delayed when the Kansas City police failed to send all the information they had on either of the suspects to the LAPD. Thus, the police probe into the link between the two cases was halted.

To this day, the murders of Leila Welsh and Elizabeth Short are still unsolved. Although it’s been over 70 years since these cases occurred, many are still on the hunt for the killer. Perhaps one day these cases will be solved, but until then, many curious minds will guess at a possible answer.