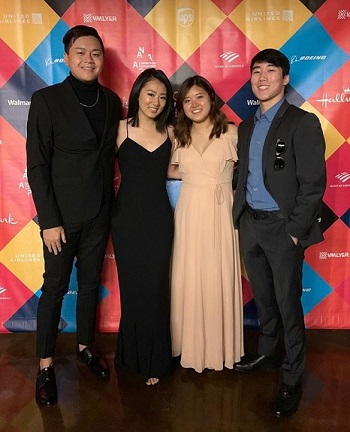 UMKC is all about making students feel at home once they set foot on campus. But what happens if you feel like you don’t fit in?

This is how Gloria Mun, president of Asian Students in America (ASIA), felt when she realized there wasn’t a group geared towards her and other Asians on campus.

“It kind of just felt right to conjoin forces to do this all together,” said Mun. “Marcus and I both had the idea and both had some work done for it, so we decided to collaborate and both become president.”

During their time training as orientation leaders, the two met with Iván Ramírez, the student services coordinator at UMKC’s Office of Multicultural Student Affairs (MSA).

Ramírez helped the two start the organization and told them how to go about it as leaders.

Before the organization’s first meeting, Mun and Thieu attended the National Association of Asian American Professionals (NAAACP) with the rest of their executive committee. The NAAACP is a non-profit, all-volunteer organization that promotes the career advancement and leadership development of Asian-American professionals in all fields.

“We met some really great people who we hope to have as guest speakers in future meetings,” said Mun. “It was a good opportunity to let the Greater Kansas City Asian community know who we are and that we are a student group they can reach out to.”

The executive members got to meet many more students who shared their passion for the group during their first meeting.

The meeting allowed students to get to know each other over food and games while discussing possible guest speakers and future activities.
While it was important to meet potential members during the meeting, many students were able to bond over their experience of being Asian in America.

“I grew up in a predominantly white community and was always known as the ‘Token Asian,’” said Mun. “It was nice to meet other people that have similar experiences as me.”