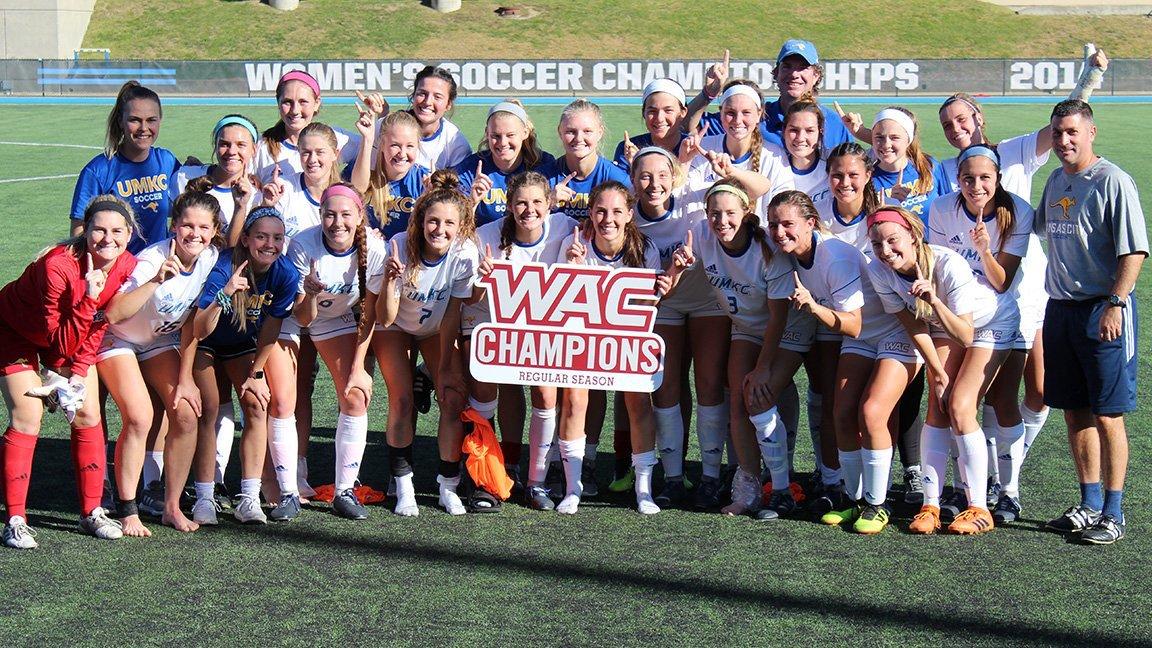 Chicago State came in winless despite having some close calls. The win in the season finale also set a new program record as the team’s 15th victory of the season.

Facing Chicago State, UMKC was favored to win. The Roos started off fast as they scored four goals in the opening 33 minutes. Chicago State conceded four goals as the Roos generated chances and hit the crossbar three times.

UMKC began their rout early in the first half when they scored in the ninth minute with a goal from Mothershead when she got around two Chicago State defenders, making the goalkeeper vulnerable.

The Cougar’s goalkeeper was able to make the save, but the ball spilled to Burnett who tapped the ball into the back of the net.

Burnett scored again just a minute after her first goal and UMKC was comfortably in control of the game.
Chicago State conceded once again to the Roos as UMKC pounced with another goal in the 32nd minute from Carly Janike.

Burnett completed her first career hat trick in the 33rd minute when she took advantage of a mistake from the Cougar’s goalkeeper and calmly put the ball into the net.

UMKC’s defense was stifling in the first half, suffocating passes and turning interceptions into counter attacks.

UMKC was in a comfortable spot with their lead coming into the second half. This allowed them to pull players from the game so they could rest ahead of the WAC tournament.

However, even with the lead, the Roos kept their foot on the pedal.

It only took three minutes into the second half to add another goal on the scoreboard when Childers scored her first goal of the day and ninth of the season.

Howard got in on the action when Childers’ shot ricocheted off the post and landed right to Howard who tapped the ball in. This goal occurred in the 53rd minute.

In the 59th minute, Childers made a goal for the Roos when she pulled off a double move in the box, avoiding two defender tackles and sneaking the ball into the right corner of the goal. UMKC scored again 32 seconds later when Amanda Sampson received a ball from Childers and put the ball past Chicago State’s goalkeeper.

The Roos registered 36 shots and held the Cougars to two total shots on the day. UMKC ended their season with a 15-4 record and 7-1 conference play.

UMKC will return to action in the second round of the WAC Tournament, set to be played at Utah Valley on Nov. 1.

As the number one seed, the Roos will receive a first-round bye and await the winner of the matchup between the four and five seeds in the tournament.