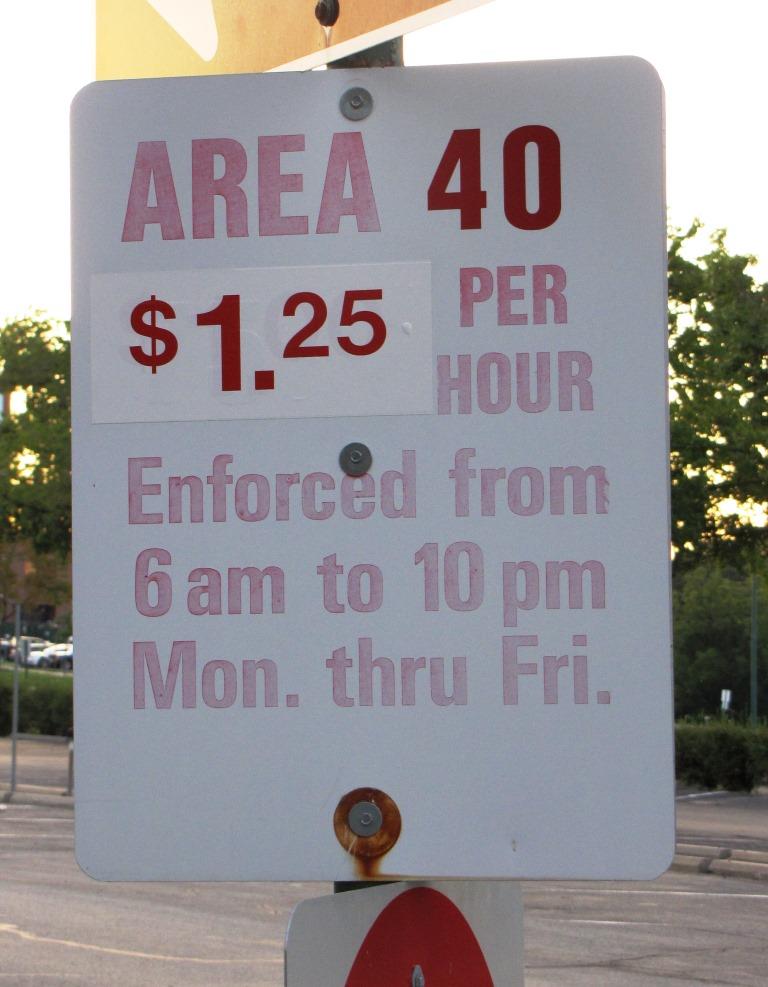 According to UMKC Parking Operations Manager Michelle Cone, the last increase to parking meter rates at UMKC was in 2009.

However, this year’s increase may soon help to decrease the amount of cash needed to use a metered space.

“Due to customer demand, we will soon be installing credit card readers in the pay-and-display meters,” Cone said. “The increase will help cover the cost of the card readers, their installation and the additional fees associated with the use of credit cards.”

Currently, the pay-and-display meters take bills or coins. All meters on campus, including those that only accept coins, allow parking for up to eight consecutive hours.

UMKC senior Geri Miller only purchases a parking permit if it is cost effective to do so.

“I never bought a [summer] parking permit,” Miller said. “The parking permit was $60 and I did the math and I said … I’m not buying that permit. For the summer, I spent $33 for parking, but that was with missing two classes.”

Miller was not aware of the rate increase, but does not think it would affect her parking habits.

“It still would have been cheaper [to use metered parking], but just by a little bit,” Miller said. “If I had multiple classes or an eight-week class, I would have bought [a permit].”

The Parking Operations page on UMKC’s website indicates the department must generate its own revenue. According to Cone, last fiscal year the department did not generate enough revenue to cover those expenses.

“Permit sales and meter revenue are the only guaranteed sources of parking revenue,” Cone said.

For a full-time student who parks on campus, purchasing a parking permit may make more sense, financially. For example, a student with 12 credit hours would pay $240 over the course of the semester to park at a metered space. However, the $240 total only includes actual hours in the student spends in class. Time spent on campus studying or hanging out with friends adds to that amount. A single-semester (fall or spring) 24-hour day permit costs $126.

UMKC does not plan to add additional metered spaces on campus, but Cone said that the new parking garage on the Health Science campus added additional student permit spaces and, in turn, should yield more available permit parking spaces on the Volker campus.

“Parking violation revenue simply comes out of the attempt to provide enough parking spaces for those who have paid for parking,” Cone said.

For students like Miller who calculate the cost of metered parking versus permit parking, being able to swipe a credit card may not make a difference.

“I can see how it would be enticing, though,” Miller said. “Credit cards are much easier. But if they’re [metered spaces] still in the same location where I’d still have to walk three blocks, then no.”