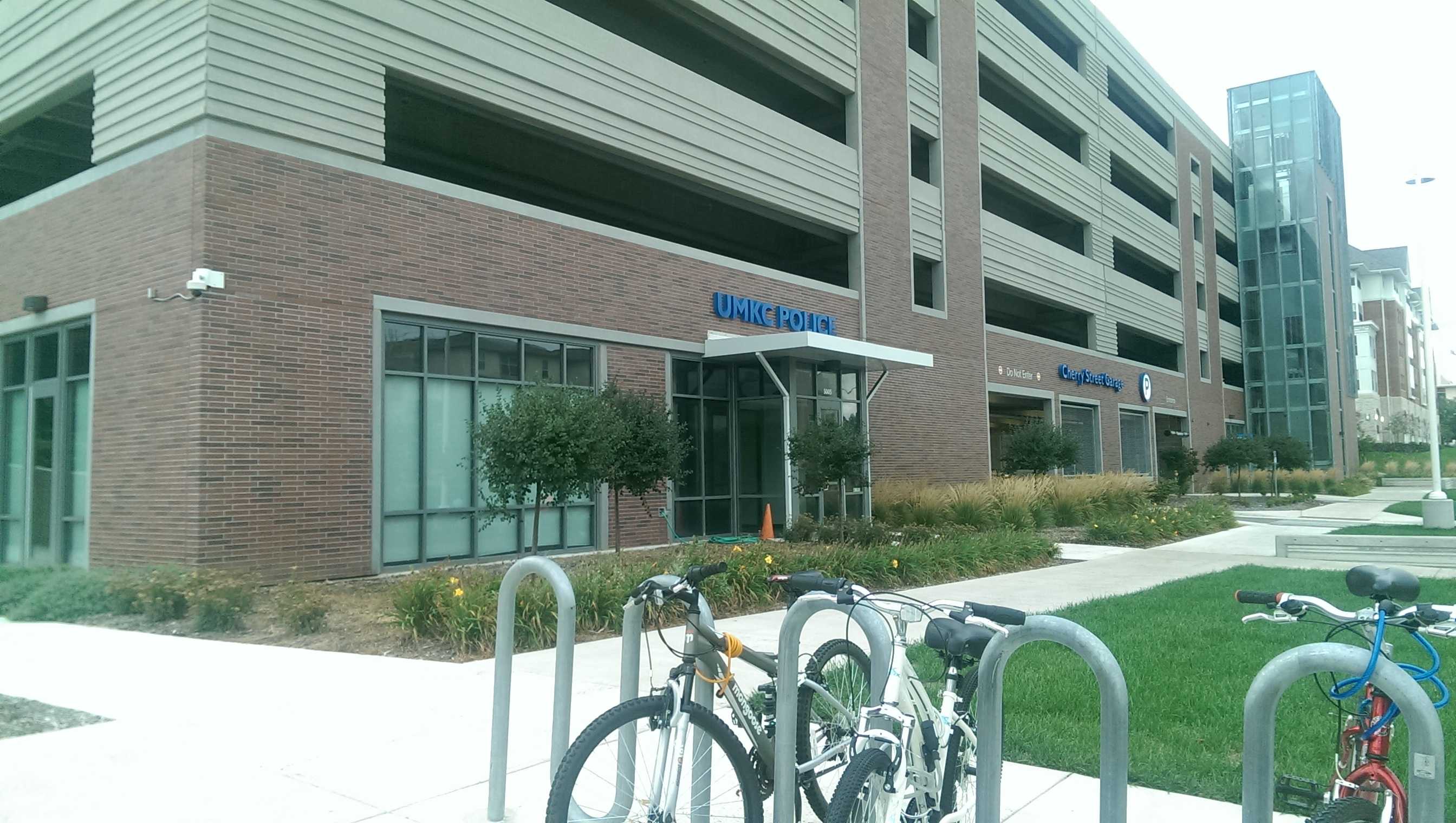 The UMKC Police Department has recently implemented security changes for both the Volker Campus and the Hospital Hill Campus.
The University’s newly constructed campus apartments on Hospital Hill houses up to 243 students, which has prompted campus police to expand the department’s range of protection to promote student safety.
“We have a lot more students around the clock at the health sciences area,” said Michael Bongartz, the chief of UMKC Police.
The Hospital Hill Apartments are located at 25th and Troost, which expands the Hospital Hill campus one block further east and creates a slightly larger area for the police to patrol.
Colleges and universities nationwide release information and statistics about crime on campus, in accordance with the Jeanne Clery Disclosure of Campus Security Police and Campus Crime Statistics Act. This year, UMKC Police added increased information regarding domestic violence, dating violence and stalking.
The UMKC Police collaborate with the Kansas City Police Department and the Kansas City Fire Department.
“We work hand-in-hand with the Kansas City Police on calls when we don’t have the resources,” Bongartz said. “The Environmental Health and Safety [Department] set up the mutual aid agreement with the Kansas City Fire Department.”
“When we can offer our services for something on campus that they can’t respond to, they will give us calls. It’s been a good relationship,” Bongartz said.
The campus police also offer more personalized services to assure student safety.
“We do give personal escorts from their [students’] vehicles to a building,” Bongartz said. “In reverse, we will come there [building], and watch you and take you to a vehicle.”
The UMKC Police patrols both campuses 24 hours each day, seven days a week.
Students can also register cell phones and laptops by serial number to track the devices more easily in the event they are lost or stolen.
UMKC’s crime prevention officer, Jalonn Gordon, coordinates events and training sessions relating to crime and personal safety, which are available for interested students.
“He [Gordon] will give guidance for hostile intruder situations. We have it once a month in the fall,” Bongartz said.
Rape Aggression Defense training led by a certified instructor is also offered.
Campus police seek to increase the department’s engagement with students with hopes that students will feel comfortable contacting campus police if they deem it necessary. The department also aims to increase student awareness and utilization of the information and resources offered.
“We try to get involved with the people so that there isn’t a wall between us and the people we serve,” Bongartz said.
Bongartz encourages students to call the UMKC Police immediately if they observe any suspicious activity while on campus.
The UMKC Police recently participated in training sessions about appropriate action to take if there is suspicion or report of an armed individual on campus.
“We have a pretty extensive hostile intruder policy that every officer knows,” Bongartz said, “and it is something we keep private [because] we don’t want other people to know how exactly we’re going to respond on the hostile intruder.”
Bongartz said the University also has a case management team, which strives to help students who experience troubling issues and/or who have exhibited behavioral concerns. Sometimes the police receive reports of troubled students and they reach out to the case management team.
The UMKC Police Department has an alert web page with an Emergency Response Guide, which recommends steps to take in emergency situations. Students can reach campus police at (816) 235-1515.