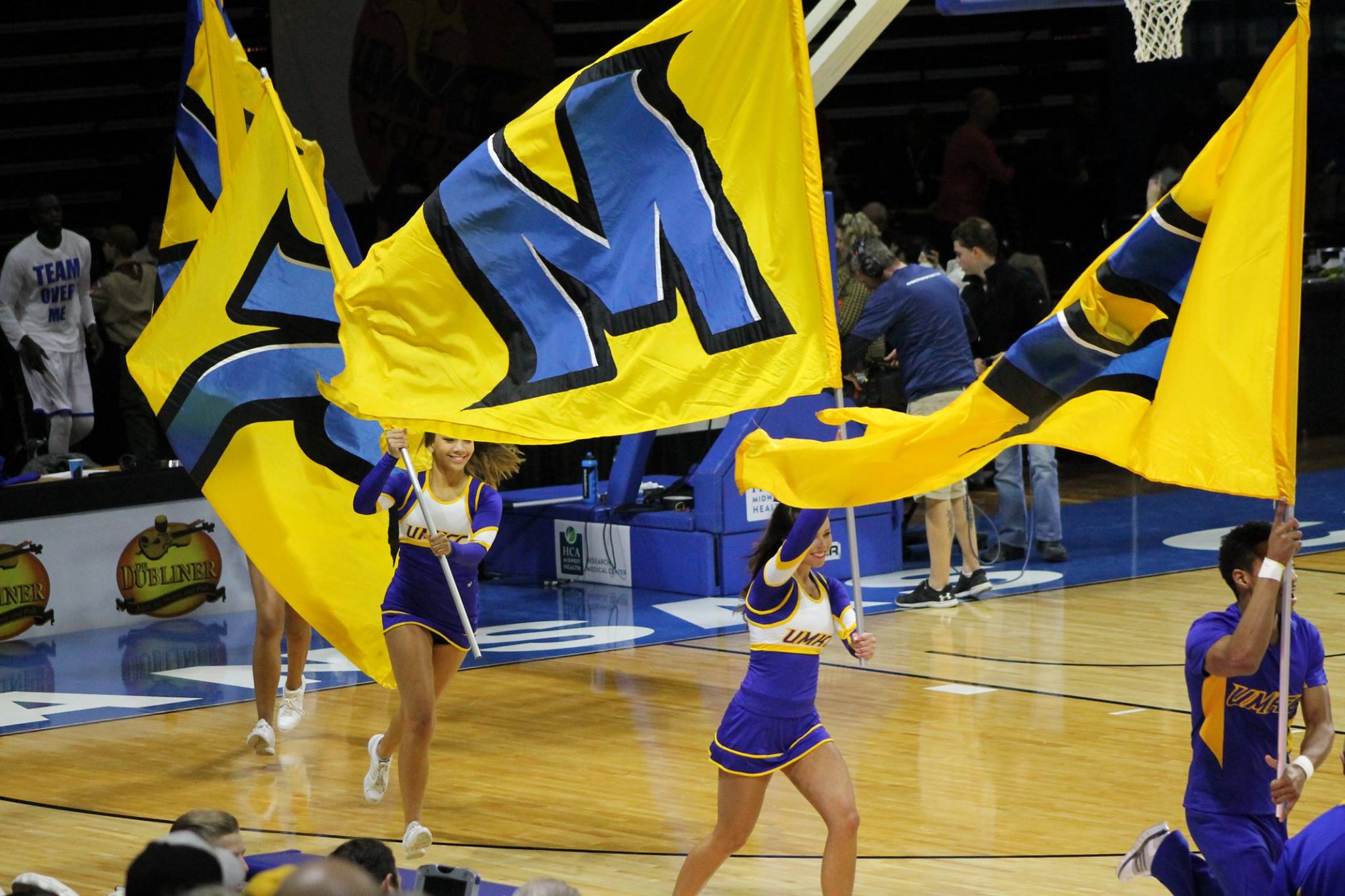 In response to the dramatic cuts in higher education spending being carried out by Gov. Eric Greitens, the university will not be funding a cheerleading team this semester. This will affect some 20 students who received a $1400 a year scholarship for being on the team. The lost incentive also discouraged many prospective students from choosing UMKC.

“We had girls from coast to coast wanting to go compete with us at nationals, expecting to get scholarships and regular practice just like every other collegiate team, but now we can’t promise anyone a scholarship for their time”, said Katie Gerber, a former cheer captain who is trying to form a cheer club despite the lack of funding.

With $1.5 million needing to be cut from the 2017 athletics budget, the loss of cheerleading is one of the most drastic results. Cheerleading has a high-risk for injuries, therefore insurance costs are comparatively higher to other sports. The school expects to save $45,000 this year by dropping cheerleading. This is despite the fact that expenses for lodging, food, transportation, music copyrights, and choreography all regularly come out of the team’s own pockets.“Cheerleading is my life, and my sophomore year if I wasn’t on the cheer team I probably would have dropped out of college. I knew the team depended on me, and so that made me stay in school and finish out the semester,” said Lisa McMurray, a former cheer captain.

Last year the team managed to place 5th in their division for nationals, the most success the team has seen in years. Despite retaining the UMKC dance team for the sidelines, fans and cheerleaders alike expect game day to be a lot quieter.