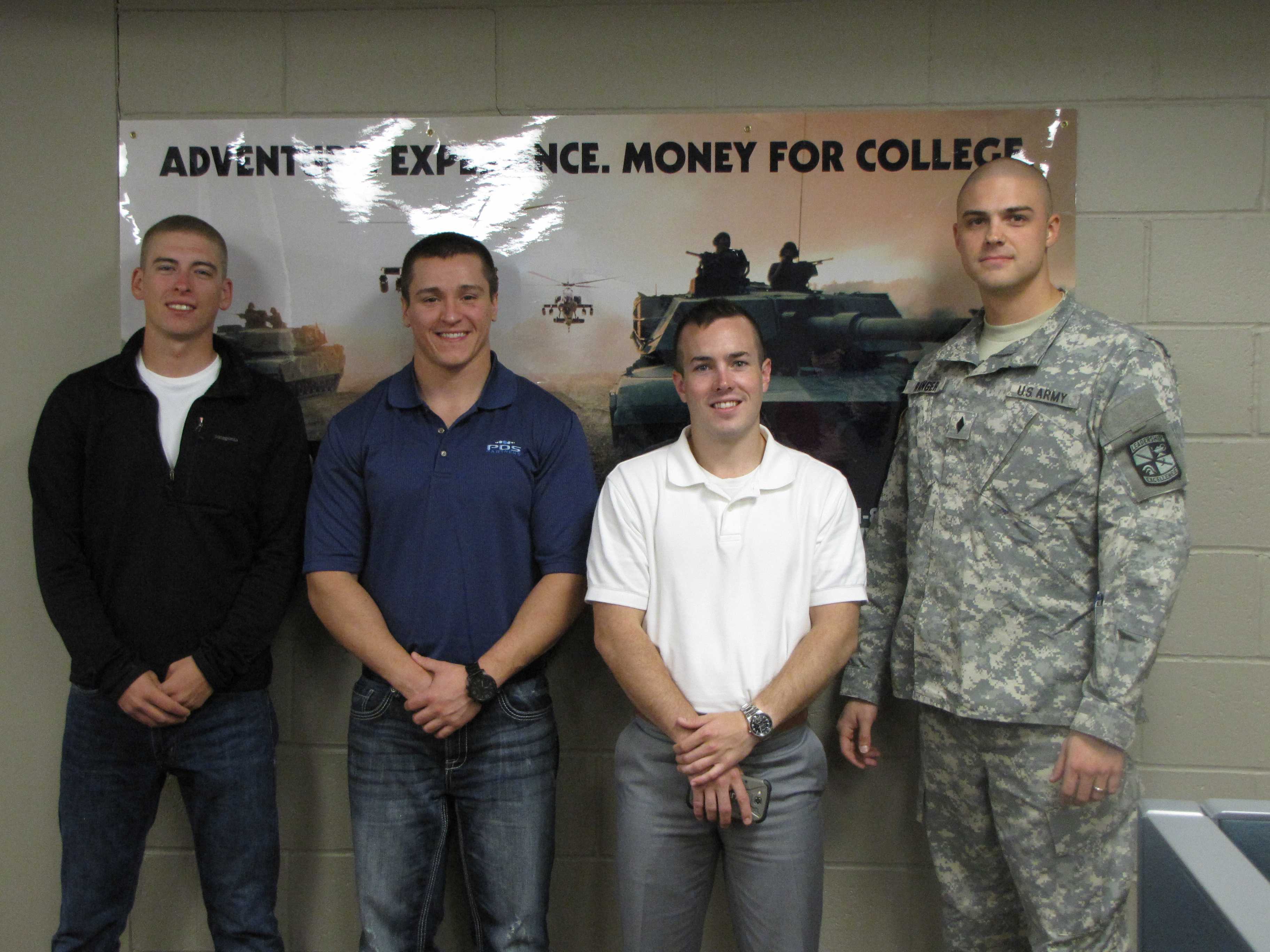 Some college students have hectic summers full of jobs, internships and family obligations. Then there are those who spend the entire summer training to become the next generation of Army leaders.
Four UMKC Reserve Officers’ Training Corps cadets recently completed the Leader Development and Assessment Course in Fort Knox, Ky. The training serves to develop leadership and evaluate officer potential.
Cadets Michael Ranger, Damion Segall and Stanton Ragland completed the LDAC training this summer. Cadet Patrick Klein finished the training last summer. They underwent training in physical fitness, land navigation, chemical warfare equipment, marksmanship, cultural awareness, first aid, tactical leader development and mission command.
For ROTC cadets, those are skills that they will carry into their Army careers. They will have a minimum four-year active duty obligation after college graduation, and then the remaining four years of the total obligation can be carried out in active duty, National Guard or Army Reserve. Cadets must apply for permanent active duty assignments, which are competitive.
Klein knows that he wants to be active duty. He is applying to the engineering branch of the Army. Segall, who was prior military, plans on going to graduate school after he finishes his bachelor’s degree in May 2015. Ranger is applying for an educational delay from his active duty obligation in order to go to medical school. Ragland is not sure about making a career out of the Army, but is keeping his options open.
Whatever their future career moves, the LDAC is good preparation. Each cadet learned aspects of good leadership during the training through challenges he faced. For Segall, gaining the respect of superiors was a challenge.
“It’s hard for them to grasp sometimes that you’re in control because it’s your show now and they only make minor adjustments based off of safety … ,” said Segall.
Ranger saw challenges in the sheer numbers of people who attend the training. There were more than 6000 cadets in attendance.
“Here [at UMKC], we work with maybe 80 other cadets,” said Ranger. “We have a joint FTX [field training exercise] where we interact with six other schools, so we’ll see maybe several hundred people. But this is the first time where you may be in charge of 1000 people, and you’re planning and coordinating for the movements of all those people, so it’s definitely a big challenge.”
For Klein, the training was a mix of challenges and rewards.
“I love being in the field. I know I’m going to love being in the Army,” Klein said. “But learning how to communicate with people that you might not get along with or that see things differently than you do was a huge challenge and being able to overcome that in order for both of you to meet the end requirement was the hardest thing.”
Ragland enjoyed his time spent as team leader and motivating fellow cadets.
“The going gets tough in certain situations,” he said.
It was not all work and no play, however. Segall’s group held a moustache-growing contest.
“We had a sign above our tent called ‘LDACastache,’” Segall said. “The people make it fun … that’s why I stay in the military.”
Ranger learned that music can be a key to open communication.
“You have zero electronics at LDAC – you don’t have any music or phones, so I became a human jukebox, and what I learned is that you can connect to anybody through music,” Ranger said.
This type of creative leadership earned Segall and Ranger top rankings at the end of the training. Each finished in the top five percent of his platoon and the top 10 percent of his regiment.
Both cadets learned to assess the strengths and weaknesses of the cadets they were leading and found that a leader doesn’t have to be in the spotlight all of the time. Letting peers develop into strong leaders in their own right makes everyone look good.
Learn more about ROTC at www.goarmy.com/rotc.
To see photos of the 2014 LDAC training, go to armyrotc.smugmug.com/LDAC/2014.