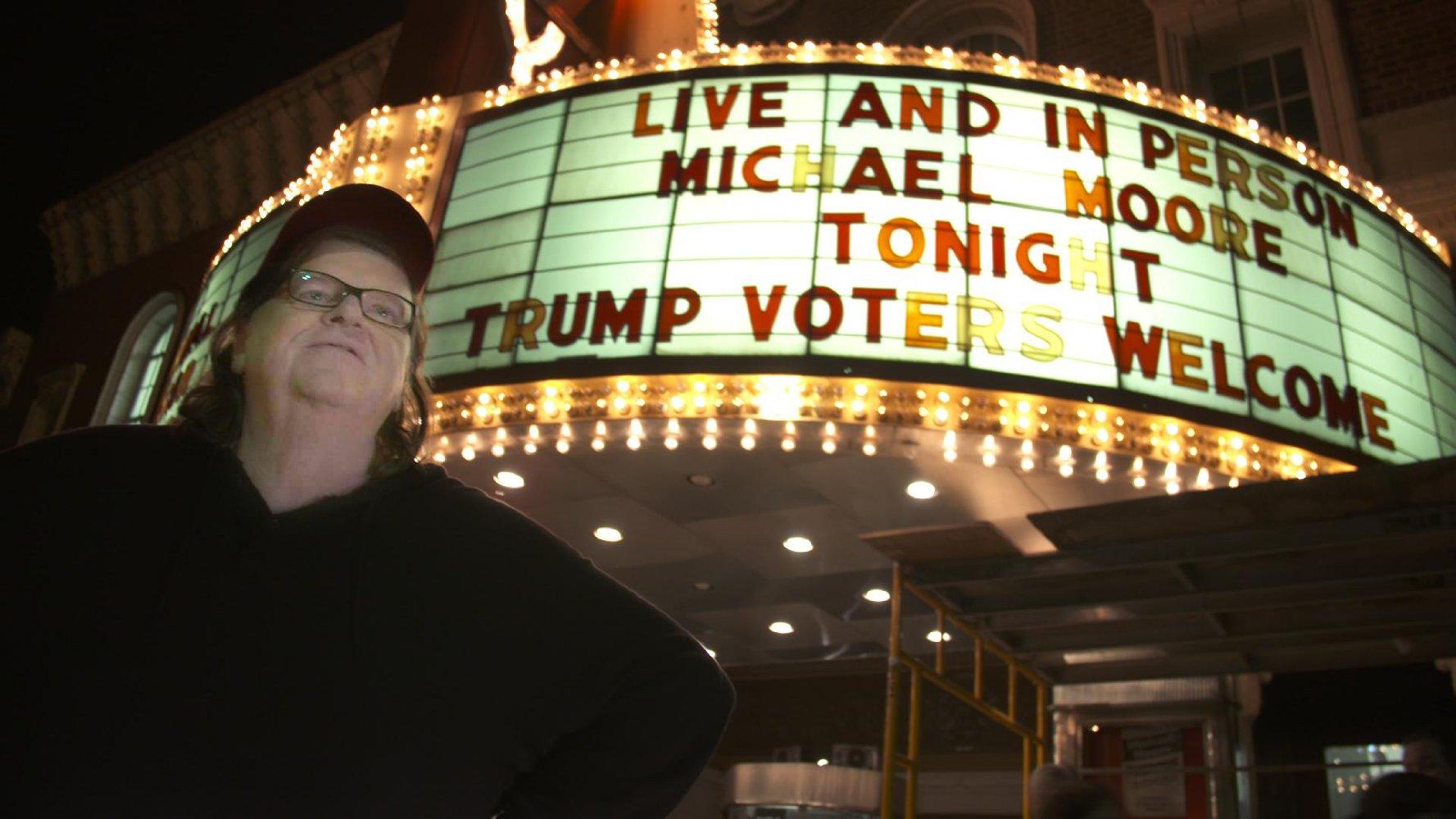 The film reads more as a piece of pro-Hillary propaganda than anything else. Although it lacks the political punch fans of Moore have come to expect, he makes a solid argument in favor of the Democratic nominee. Moore has made some great films in his lifetime, but this is certainly not one of them. Traveling to staunch conservative country, standing onstage and preaching about why he’s always had a “secret crush” on Hillary feels like one of Moore’s most uninspired ideas to date.

The film was produced, packaged and premiered in a matter of 11 days. It is clear that Moore feels a sense of urgency regarding the general election, but he doesn’t quite channel that into his one-man show. Most of his jokes fall flat, and the pre-produced “humorous” segments he disperses throughout the act are downright painful to sit through. I’ve seen middle school drama classes perform more effective satire. Despite these laughably bad sketches, Moore does a good job of explaining why he’s voting for Hillary and thinks you should too.

While he manages to land a few punchlines, the attempts at humor ultimately fail. The movie also fails at criticizing Trump, which is unexpected coming from Moore. He is so concerned with reaching across the aisle and buttering his conservative audience up that he refrains from making any solid arguments against the Republican nominee. As someone who agrees with most of Moore’s positions, I felt this approach read as patronizing. If you disagree with someone, say it to their face. Don’t mask your attempt to convince them of your position with “we’re all American” crap. Sorry, Michael, I just don’t buy it. Maybe Moore felt there wasn’t much left to criticize that hasn’t already been meticulously dissected by the left. If that’s the case, why make the documentary at all?

The film’s strength comes from its serious moments, when Moore uses his remarkable wit and rhetoric to foster a sense of optimism that’s been missing during these past couple of months. Towards the end of his act, Moore paints a picture of the media coverage surrounding Hillary during her husband’s presidency. He speaks directly to millennials, informing them of crucial information that many (including myself) are at most only vaguely familiar with.

The film reaches its peak when he describes a trip to Finland, where hospitals have the lowest rate of deaths related to complications from childbirth. While in the hospital, he notices a picture of Hillary Clinton on the wall. The hospital administrator tells Moore that Clinton traveled around the world during the 90s, studying universal healthcare in other countries. When she came to the United States ready to get to work, she was mocked and ridiculed. Moore cites this event as a key moment in Clinton’s life. She was forced to retire her dream of universal healthcare and play a more traditional role as first lady.

In the years since Clinton’s failed attempt at universal healthcare, over 1 million Americans have died due to a lack of insurance or insufficient insurance. “That’s one million people,” says Moore, “who died because we didn’t listen to Hillary Clinton.” While the validity of that statement is up for debate, he makes a good point. Many young progressives used the difference in opinion between Sanders and Clinton regarding universal health care as ammunition against her, yet fail to realize she already tried to do what Sanders promised.

After this, Moore’s argument trails off into optimism that borders on insanity: a comparison between Clinton and Pope Francis. Maybe I’m just a cynic, but this is where he really loses me. Moore’s belief that Clinton has been hiding her true identity as a “balls-to-the-wall leftist” this whole time is probably the funniest joke in the whole film.

If you’re voting for Hillary but don’t really want to, Moore’s film might make you a feel a little better about that decision. If you’re voting for Trump, all you’re likely to see is a prominent progressive filmmaker spending 71 minutes talking about why he’s voting for the Democrat. It would be unfair to label Michael Moore in Trumpland as a complete failure, but it certainly doesn’t meet the standards he set for himself with films like Sicko or Bowling for Columbine.