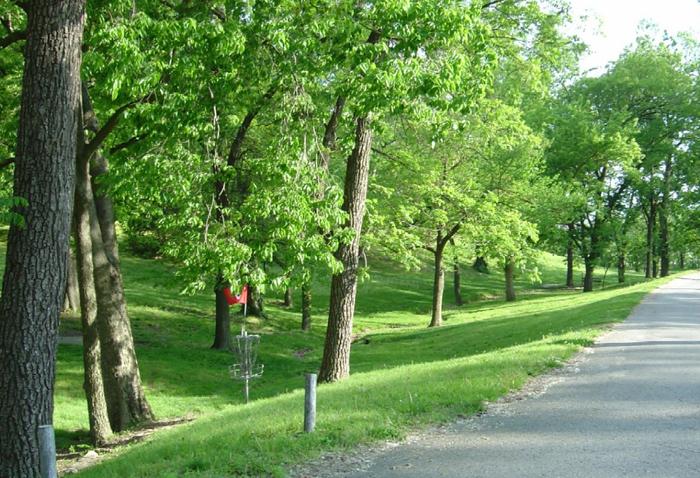 Kansas City is a wonderful destination for parks and various types of recreational sports and activities. It also happens to be one of the biggest disc golf destinations in the country. Let’s go down the list of the top five disc golf courses, according to Google, in the KCMO area and see what all the hype is about.

In first place is Waterworks Park, a top destination for national and regional tournaments. Many have mentioned the variety of complexity within the course. Skilled players enjoy this course for its lengthy range and obstacles.

Located in North Kansas City, this park overlooks the water sanitation plant, which gives the park its name. The park sits on a massive hill and makes a nice hiking experience. If you’re an experienced driver, this could be the course for you.

The par of this course is three, but even experienced players struggle to not bogie. One aspect of this course that many like is that it is not nearly as crowded as some other parks in the Kansas City area.

Located in a central location near Midtown and right off the highway, Rosedale is a crowd favorite. The park offers not one but two courses. The “up-top” and “down-under” have been hot spots for many years in the KC disc golf scene. It’s also minutes away from the original Joe’s KC gas station spot and Dynamic Disc shop.

The courses are not as lengthy as Waterworks, but provide just enough space to practice short drives, mid-drives and putting. Home to many summer leagues, this park can get crowded quickly. It draws people in for its variety.

The up-top is very straightforward and the down-under lies along the banks of the hill where the up-top resides. The down-under is a tricky run, however, it offers lots of obstacles, such as trees and cliffs. It forces you to take approaches you might not normally take when playing. The course’s par is three, though with the trees it can become five to six very easily.

Swope park is further east of the city and is home to Starlight Theatre and the Kansas City Zoo. If these attractions aren’t enough, it also housed one of Kansas City’s oldest disc golf courses. The course has been repurposed for a no-kill shelter and no longer exists, but we still felt it should be recognized. It was the starting place of many great disc golf players in Kansas City and helped develop the early community here.

This interesting course does not have signs to guide players. It is a course that requires a few plays to get the lay of the land. If you are committed to get through the entire course, you will start to see more of the “cliff side” drives. The first few are in a wooded area up and down hills, which can be tricky. However, once you break through, there are plenty of open driving holes to practice getting some distance. Overall, it’s a very pretty course to explore.

Also known as the Prairie Village Curse, this park is just west of the Plaza and Mission Hills area. It’s a smaller run, which makes for a nice, quick practice. There are a few hills and some wooded areas for slight obstacles, but its main purpose is for a quick practice run to work on putting and approach.