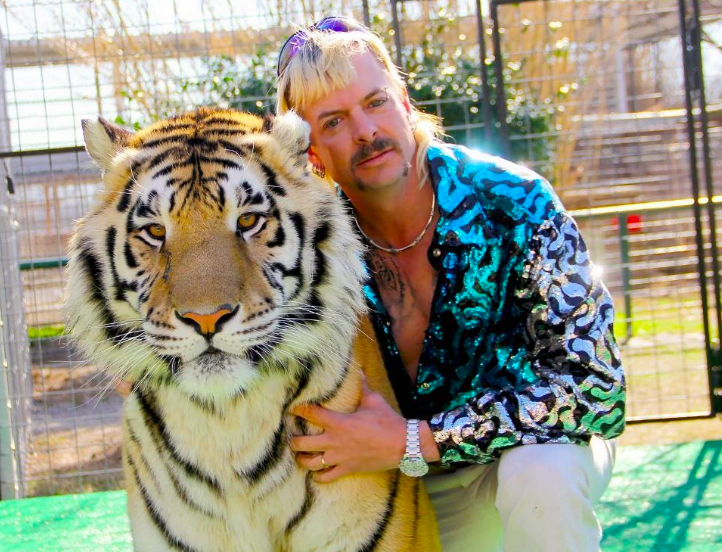 As the world was huddled in their homes, quarantined in the hopes of curtailing a modern-day plague, one piece of media broke through the malaise. “Tiger King: Murder, Mayhem and Madness” arrived on Netflix and introduced the world at large to Joe Exotic, Carole Baskin and a host of other denizens from the seedy underbelly of privately owned big-cat zoos.

I’d seen a few friends on social media posting about a new Netflix documentary. Immediately I imagined the likes of “Making a Murderer,” “FYRE: The Greatest Party That Never Happened,” and “Bikram: Yogi, Guru, Predator.” Coaxing my wife to sit down and watch it with me, I found myself a bit underwhelmed by the first episode. Yes, there was some interesting information about the kind of individuals who owned, raised, bred, and sold exotic animals, but it just seemed like some trashy people who owned a bunch of tigers.

It wasn’t until the end of the second episode that I was truly hooked. That was when Joe Exotic asserted that rival tiger zoo operator Carole Baskin had fed her previous husband to her tigers. In the moment, I took this as just the kind of cruel statement a man like Joe Exotic would make. Then, turns out, the entire next episode was dedicated to the very real possibility that Baskin had actually fed him to her tigers, or buried him beneath a septic tank, or pushed him out of a plane, or ground him up in an industrial meat grinder. Or, just as likely, her former husband had faked his disappearance and started a new life in Costa Rica.

From that point on, “Tiger King” became a twisting journey of depravity, egomania, violence, drug use, cult-like big-cat-based sex harems, presidential and gubernatorial election campaigns, and tigers. It truly is a wild ride, like a Cohen brothers’ film, dropped for being too farcical.

Aside from the story itself, the aspect of the series I was most struck by was the editing. This story takes place over the course of decades, with many different events and numerous perspectives coming together to weave a tapestry of bumbling criminality. The documentary is aided by the fact that Joe Exotic aspired to stardom, and so filmed nearly every moment of his life for years in the hopes of landing a reality TV show. However, through it all, there was a very clear sense of time.

The interviewer did an incredible job keeping every point self-contained. Each person being interviewed kept their comments on the subject of that moment in the story without any suggestion of the surprise that was hurdling towards the viewer, until it made its violent collision.

And this happened over and over. Without spoiling details it’s hard to put into words the kind of out-of-left-field occurrences that take place. Just to list a few, there are arsons, cults, drugs, conspiracies, and in the end, there is still a question of if it was all a set up.

No one involved comes out unscathed. And it is incredible to try to wrap your head around the interconnectedness of each player that comes on the scene. The final credits reveal one more feline empire crumbling, in a way that suggests that the story ended only because the documentarian left. Leaving the viewer with a feeling that given another six months, there would be an entire new sub-level to the basement that was revealed beneath rock bottom.