The Best (and Worst) of Summer Music 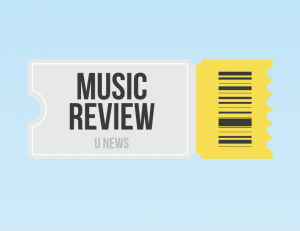 “M3LL155X” – FKA Twigs
English experimental musician and universal enchantress FKA Twigs released her newest creation “M3LL155X” (pronounced “Melissa”) on Aug. 13. The EP was accompanied by a 16-minute short film comprised of music videos for the tracks “Figure 8,” “Doll,” “In Time” and “Glass and Patron.” Haunting, sensual and oracular, “M3LL155X” is thick with artistic presence and power – Twigs expertly touches on themes of self-ownership, femininity and creative control. “M3LL155X” was given an 8.6 out of 10 by Pitchfork.com, landing it on the website’s “Best New Music” list.

“Special Effects” – Tech N9ne
Kansas City native Tech N9ne’s album “Special Effects” was released on May 4 of this year under his label Strange Music. Clocking in at a whopping 77 minutes, the album is hard-hitting and delightfully manic, featuring collaborations with artists such as Lil Wayne, 2 Chainz, T.I., Krizz Kaliko and B.o.B.

“The Beyond/Where the Giants Roam” – Thundercat
Genre-transcending bassist and infamous producer Thundercat’s “The Beyond/Where the Giants Roam” was released July 22. As stated by Thundercat himself on his Twitter page, the vast and ethereal EP deals with the concept of loss due to racial injustice, and features collaborations with artists like Flying Lotus, Mono/poly, and Miguel Atwood-Ferguson.

“At times I thought this record will kill me,” King Dude stated in a press release. “Now that it’s done I am convinced not only will people love it, but that I have become stronger than my former self. For this divine work I am given, I am blessed.”

“Free Weezy Album” – Lil Wayne
Released exclusively on Jay-Z’s music streaming service Tidal on July 4, 2015, “Free Weezy Album” (or “FWA”) is shrug-worthy at best. Though the album is intended to be his first independent creative endeavor after stepping away from Cash Money Records, “FWA” falls short of expectations. Solo, his raps are convoluted and nonsensical, and Wayne is outshone on tracks that feature other artists, such as Drake and Wiz Khalifa.

“Dopamine” – Third Eye Blind
Third Eye Blind’s first studio album in six years, “Dopamine,” was released June 16 to mixed reception. The writing is highly unoriginal and lazy – any attempts to be relevant fall flat with frontman Stephen Jenkins’ played-out lyrics that compare love to a drug addiction (“Dopamine”) or express a desire to turn back time to correct mistakes (“Back to Zero”). Overall, “Dopamine” is a mediocre effort at relating to modern audiences.

“Mobile Orchestra” – Owl City Electronic artist Adam Young’s fifth album under the moniker Owl City, “Mobile Orchestra,” was released July 10, 2015. Each track on “Mobile Orchestra” is so sugary-sweet that it seems disingenuous, sterile, and mass-produced. In perhaps the laziest song on the album, “Unbelievable,” Young joins forces with Hanson to list pop culture references from the 1990s, such as the Lion King, Nintendo games, McDonald’s french fries and G.I. Joe.

“Double Vision” – Prince Royce
Latin pop superstar Prince Royce’s first English-speaking album “Double Vision” was released on July 24. While there are one or two stand-out tracks, the rest of the album lacks real focus – it feels as though Royce is trying to replicate the sounds of other popular artists in order to make the album a success. However, he ends up shirking a lot of the traits that make him a successful artist in his own right in the process.

The only noteworthy tracks are those like “There for You” that stay true to Royce’s Latin roots.

Previous articleiSpy: Can Body Cameras Stop (and Spot) Crime?
Next articleAn Ethnography of Being Human