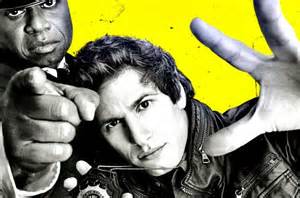 “Sleepy Hollow” is here to stay

New shows are foisted upon television watchers every fall and most will fail miserably. Many viewers have given up even trying  new shows for fear of another heartbreak like “Freaks and Geeks” or “Firefly.” “Sleepy Hollow” is a new show that has already been renewed for a second season. The show has a concept that was easy to ridicule and toss aside as a definite clunker, however it has proven to be consistently entertaining with a good cast and storyline. Catch up on the episodes and enjoy the history jokes and fun supernatural spin.

The show tells the story of Ichabod Crane, a man from the American revolutionary era who has woken up in the modern-day era, bringing the Headless Horseman with him. It is by no means deep entertainment, but it is extremely diverting and doesn’t try to take itself too seriously. It deals with the more serious plot turns with a refreshingly light hand. The simple fact that the show has been keeping question of romance pretty minimal between the two leads is enough reason to give it a round of applause.

Its fish-out-of-water premise could easily grow tiring. This is not the case with “Sleepy Hollow,” mostly due to the fantastic performance of Tom Mison.  Crane‘s interactions with modern things like Scotch tape are absolutely hilarious and feel realistic rather than contrived. He isn’t portrayed as stupid, just completely out of his depth.

Nicole Beharie is great as the modern-day cop who is tough but human and has a very personal reason for trusting Crane’s crazy claims.

What could be more entertaining than the Headless Horseman using a machine gun to fire at policemen before riding away on his black stallion?

“Brooklyn Nine-Nine”: the little cop show that could

“Brooklyn Nine-Nine,” while not renewed, has a full season lined up and has been given an ideal airing placement behind “New Girl” after the Super Bowl. It would seem that Fox will stand behind the little comedy with hopes it will build an audience. This is good because “Brooklyn Nine-Nine” really deserves a second season.  This is a show about a precinct of Brooklyn cops that mixes its quirky ensemble with elements of the workplace comedy and the buddy cop story quite successfully.

Andy Samberg as Detective Jake Peralta is hilarious but the rest of cast is equally great , with Andre Braugher as the new, solemn Captain and Melissa Fumero as the overachieving tough gal Detective Santiago. Even if not a fan of Samberg’s particular schtick, the show is not a star vehicle. It is so successful because Peralta is the butt of the joke as often as he is the one telling it.

The competitive streak between all the detectives, especially Jake and Captain Holt, gives the episodes many of their plots and creates great interactions in the cast. Often ridiculous scenarios are balanced by the believable chemistry of the cast and well-written characters. It incorporates clever slapstick and visual gags with snarky jokes and genre parodying. Start watching this show and keep the laughs coming.