Students respond to spike in sexual assaults on campus 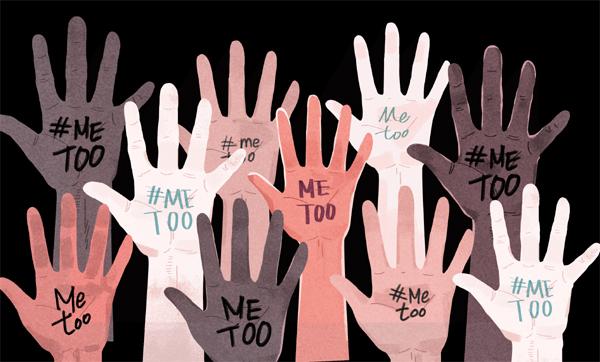 Do you consider yourself well-informed about campus crime? Maybe you’re less in-the-know than you think.

According to the October 2018 Campus Crime and Safety Report, otherwise known as the Clery Report, the number of rapes reported on UMKC’s campus tripled from two in 2015 to six in 2017.

This statistic seems alarming, but there might be a different kind of explanation for the rise in assaults reported here on campus.

A potential reason for the hitch is the #MeToo movement, which has allowed women to feel safer when speaking up about this kind of abuse.

Whatever the reason, the climb in reported rapes was shocking for some students, who were not aware of the statistic.

“I’m sad to hear that rape is a problem [on campus] at all,” said John Hootman, who studies geology.

“That behavior is not excusable,” agreed Nicholas Arriagada, a business administration student.

“I never feel safe on campus at night,” said the biology major at UMKC.

Gordon believes there is a simple solution for the problem.

“I believe that a greater police presence on campus at night could be very beneficial,” Gordon said. “We already live in a city with a high crime rate.”

Other students expressed concern for their fellow students.

“I feel safe, but only because I have the luxury of being a male,” said Colin Brightwell, an English student. “I’m worried about my female peers and what campus security is doing to prevent crime of any nature.”

Micaiah Bruce always has her guard up when she’s walking alone on campus.

“It is appalling news,” said Bruce, who studies business and finance. “I am constantly observing my surroundings. I think there could be more implemented to provide better security.”

While some students felt uneasy about the report, others were not concerned.

“I have pepper spray and my strength to save me, so I feel safe on campus,” said Azrene Matin, a business management student.

Like many women on campus, Matin ignores the UMKC rule that bans carrying pepper spray. She said she is exceptionally careful about her safety.

UMKC seems to have taken precautions that make many students feel safe on their own.

“I like how we have those button things that you can push if you have an emergency,” said nursing student Angel Rodriguez.

The “buttons” stationed around campus can summon a UMKC police officer in 60 seconds, which helps Rodriguez feel safer. Still, he said he takes extra precautions by walking with a group of friends from place to place.

“There are tons of resources,” agreed Marley Symmonds, an IT student. He also pointed out that the size of UMKC’s campus is much smaller than others. “I generally feel safe, as I never have far to walk.”

Daisy Ortiz studies health sciences at UMKC. She said she feels safe on campus considering its size and student population. As far as the climb in reported rapes goes, she said it is likely due to the support women receive for coming out about such attacks.

“There’s a big enough group of people who are going to stand behind [the victim],” Ortiz said. “They know they can report it and still be okay.”