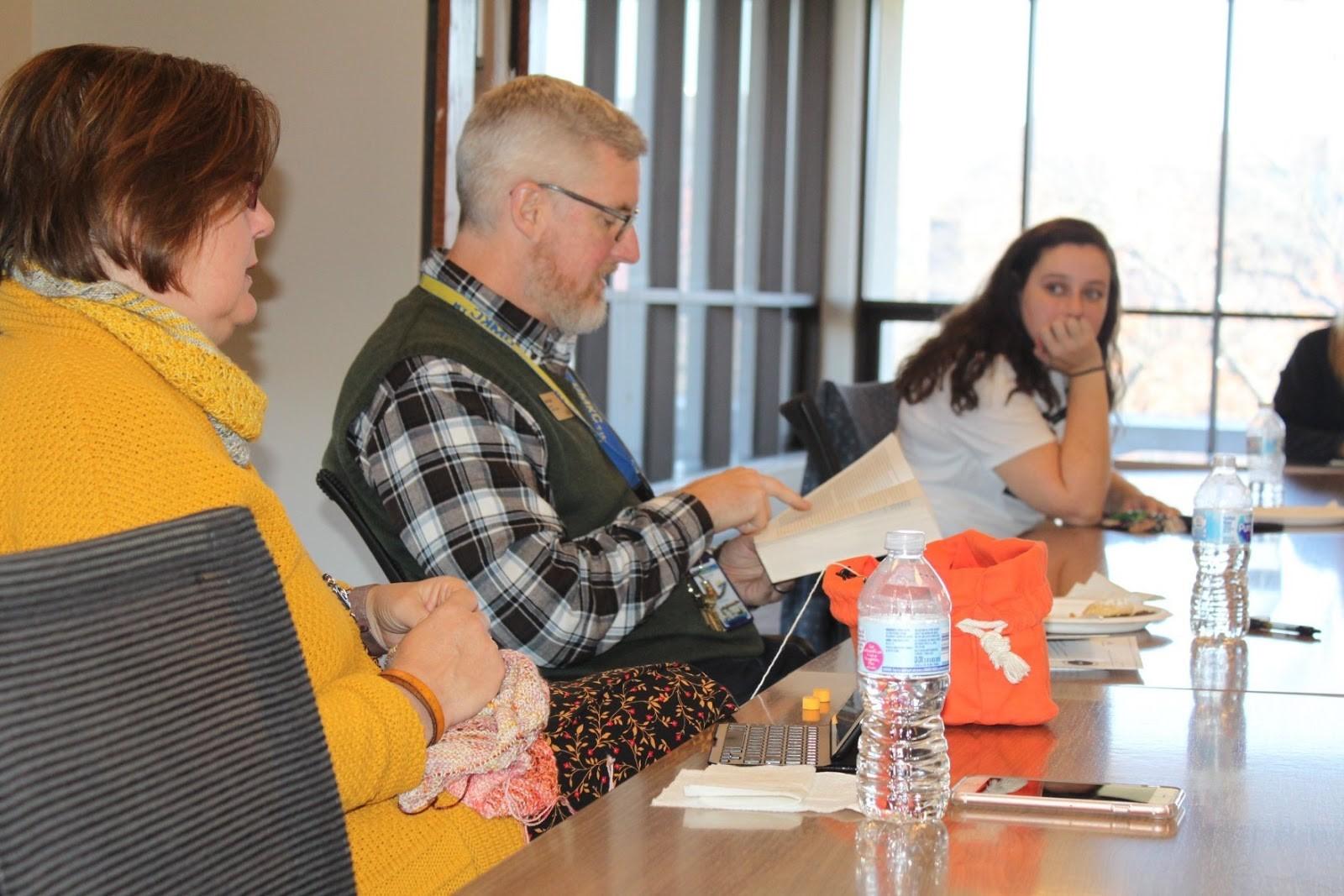 With midterm election results fresh in their minds, students, professors and community members met on Wednesday for a book discussion about Margaret Atwood’s groundbreaking classic, The Handmaid’s Tale.

Atwood’s novel is about a dystopian universe in which fertile women are forced into slavery to carry children for powerful aristocratic characters. It was first published in 1985.

Hulu turned Atwood’s book into a television series by the same name in 2017. The third season of The Handmaid’s Tale will premiere in 2019.

The book discussion, called “May the Book Open: Lessons from the Republic of Gilead,” was coordinated and sponsored by the UMKC Women’s Center and held in Miller Nichols Library.

Conversation topics alternated as readers shared their individual experiences and interpretations of the novel. Some remembered reading the book for the first time as teenagers, while others became fans of the story as adults.

“Even between different classes, there is still a general cruelty toward women [in the novel],” said Scott Curtis, a UMKC librarian who led the discussion.

Not all guests were literary scholars, which allowed for a wide variety of opinion. Others had never read Atwood’s book but were fans of the Hulu series.

Readers expressed the most interest in whether or not the novel’s vague ending was satisfying enough for them. Hannah Hagan, an English major, prefers Atwood’s ending to the television show’s.

“[Atwood] was smart to leave that to the reader’s’ imagination,” she said.

“You’re left wondering how we got here,” said a third attendee, a political scientist, of the story’s totalitarian political climate.

The conversation ended with discourse about women’s autonomy, the characters’ evolution and Atwood herself, who has spoken publicly about her original intentions with the novel.

“Is The Handmaid’s Tale a prediction? …Let’s say it’s an antiprediction,” Atwood said in a New York Times interview in 2017. “If this future can be described in detail, maybe it won’t happen. But such wishful thinking can’t be depended on either.”