Songs you should listen to during spring 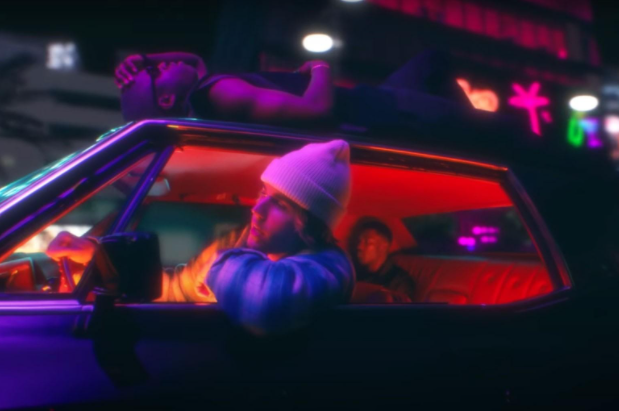 Whether you’re vacationing on a mountain, a warm Florida beach, or under the bedroom blanket you’ve refused to clean since the start of the semester, here are some songs you should consider listening to during spring.

After the dreadful slog that was his last album “Changes,” Bieber returned with a pleasantly good album in “Justice.” Highlights on the album include “2 Much” and “Somebody,” but the best song is “Peaches.” The song has a nice bounce and effortless swagger as Bieber finally makes it sound fun to be in a relationship. GIVĒON also shines, providing a nice contrast with his baritone vocals.

If you’re not a fan of Bieber, I still suggest you check out this song. Just don’t ask me why he named his album “Justice.” I’m still trying to figure that out.

Although this song came out in 2018, it’s the perfect tune to listen to while driving down the highway on a sunny afternoon. It packs a nice 70s disco vibe and includes a shoutout to Topeka for whatever it’s worth. If you’re a big listener of indie music, I suggest you check out more of Rose’s catalog. She’s supremely talented.

Let’s get two things clear: Thanksgiving is still eight months away and this song is not for those who don’t like street rap. However, for those who do, you’ll love it. Released earlier this month, Griselda crew member Benny the Butcher raps about his past experience of being a drug dealer and implores his plug to tell him “thank you” for all the coke he moved.

He glides over a nicely sampled beat from producer Harry Fraud and reminds listeners of how menacing he still is years after his drug-dealing lifestyle.

In this song, Faiyaz is calmly telling a woman that he appreciates her for holding him down while he was going through depression, but he asks her not to get attached because he doesn’t want a relationship. Despite how cruel that may sound, it’s actually an improvement compared to some of the songs from his last album, such as “Rehab (Winter in Paris).” Faiyaz fans remember how that song started.

We all hate Scooter Braun. Do I need to say anything else?

Released 13 years ago on their eponymous debut, this song is still proving to be timeless. Never mind the fact that I still don’t know what an Oxford comma is, this song is just so damn good. Between the Afropop influences, Lil’ Jon references and Ezra Koenig chastising Ivy League students for lying about how rich they are, it makes for a great song that is an inescapable jam no matter where you are during warm weather.

I don’t know when people are going to give Baby Keem’s music the attention it deserves. But then again, I don’t think he cares. As a protégé of rapper Kendrick Lamar, Keem is starting to show a penchant for creating earworm choruses because this song has been stuck in my head since it released last week.

Keem doesn’t have the lyrical pen of Lamar, but he makes up for it with coolness and wit. It wouldn’t surprise me if this song becomes a sleeper hit during the summer.

Zara Larsson, “All the Time”

Although the album she released earlier this month was disappointing, it doesn’t take away from how great this song still is after its release two years ago. Like Carly Rae Jepsen’s “Run Away with Me,” it’s criminal that this song didn’t become a smash hit, because it’s better than some pop singers’ entire catalogs. The hook on this song is ridiculously catchy, and Larsson sings about struggling to forget her ex-boyfriend on a pure-pop beat that is perfect for spring or summer.

Flume feat. JPEGMAFIA, “How to Build a Relationship”

Okay look, JPEGMAFIA isn’t for everybody. His rap style is odd and comically vulgar. He is prone to coming up with weird album titles and making self-deprecating comments about himself, but trust me, he is extremely talented.

He shines his talent best on this glitchy electronic trap beat by Flume, which I can only describe as all over the place and pure brilliance at once. In this song JPEGMAFIA references “Game of Thrones,” vloggers and WWE wrestlers, just to name a few. Pound it on high volume and challenge yourself.

While I struggle to patiently wait for the new SZA album, I continue to come back to this song. There’s something therapeutic about how easy it glides along. When I close my eyes, I almost feel like I’m laying out on a beach in Cabo because I surely can’t afford it.

The beat is pure luxury and SZA shakes off her demons in favor of peace of mind. Salute queen.