SGA Senators get down to business 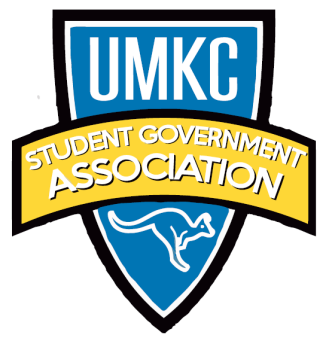 The Student Government Association held its Inaugural Orientation and Training Banquet at the Student Union Aug. 26.

“I’m always going to be transparent in what I do,” he said. “There are no hidden agendas.”

Student Government Advisor and Director of the Office of Student Involvement Angie Cottrell said it is a “fail” when there is no business to discuss at the SGA meetings.

After dinner was provided, the SGA representatives listed the expectations for the student senators. Senators must provide reports at every meeting from each of their respective council. Attending meetings without the reports constitutes as an absence. Senators are expected to dress in business casual attire for SGA meetings and events.

As outlined in the UMKC Student Government Handbook, senators must attend all meetings, be involved with the council they represent, follow Robert’s Rules of Order, be professional and understand the SGA constitution.

Cottrell explained how Robert’s Rules of Order works, reviewing key terminology and presenting an example resolution for the senators to practice. According to Robert’s Rule of Order, it is a recognized guide to running meetings and conferences effectively and fairly.

Student Activity Fee Committee representatives are required to wear the official SGA polo distributed at the orientation. SAFC has a set of bylaws representatives must follow. The committee meets twice per month to make allocation recommendations to the chancellor.

“We [senators] are basically the voice for our particular school,” Student Senator  Miller Bogart of the School of Pharmacy said. “We attend the SGA meetings and we go back and report about what is going on, then we get people’s opinions.”

SGA’s new policies regarding professionalism and responsibility were at the forefront of the agenda, and the RooSERVE slate plans to continue the strict enforcement of these policies throughout the year.