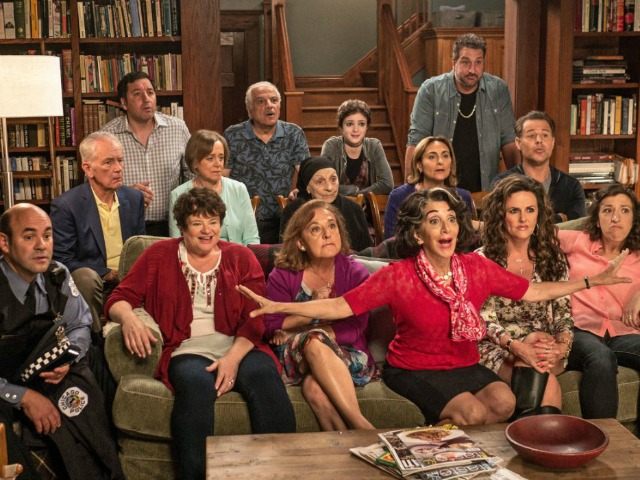 Nowadays it seems like a film without a sequel is like Kayne West saying something that makes sense. It is very rare. If a film is successful, there is a great possibility that we can expect a sequel, even when it shouldn’t happen. While many sequels try hard to be as clever and original as the first, most end up stretching the storyline to awkward places and relying on old jokes. That’s not the case with My Big Fat Greek Wedding 2.

14 years ago the world was introduced to Toula and her chaotic family in My Big Fat Greek Wedding. This romantic comedy is not your typical, predictable romantic comedy. It is refreshingly relatable and unexpectedly hilarious. The Portokalos family is close and very, very Greek. And very, very proud to be Greek. Except Toula. Even if you’re not Greek, you can relate to an overbearing and sometimes embarrassing family. The first film follows Toula as she learns to accept and love her blood while also growing into her own person. A kind of person who doesn’t have to follow her families wishes of marrying a Greek man and popping out Greek babies.

Like most romantic comedies, the film concludes with a happy ending. In Toula’s case, a wedding with a Jewish man named Ian Miller. It may come as a shock but the sequel also ends with a wedding. However, this time it involves Toula’s parents who find out by surprise that they are not legally married even though they have been together for 50 years.

Fans of My Big Fat Greek Wedding, including myself, dreamed of the day when the Portokalos family would return to the screen. I gave up hope long ago which resulted in rewatching the first film many times. By many times, I mean that the Portokalos’s are pretty much family, like distant relatives who have been gone for 14 long years. But miracles happen and her name is Nia Vardalos.

Writer Nia Vardalos, who plays Toula, heard our prayers and wrote us another happy ending. Honestly, I would have been fine with any storyline as long as I got to hang out with the Portokalos family for a little while.

Vardalos effortlessly makes it feel like no time has passed. My Big Fat Greek Wedding 2 brings back the familiar themes of a meddling family, overbearing parents, and of course a wedding, along with new unexpected spins. It’s the familiar, relatable story we fans fell in love while still being different enough that it’s compelling. Fans will also be happy to know that the Windex bottle makes several appearances. Thank you Nia. All the aunts, uncles, and cousins are back and just as loud as before with a few new faces too. Each personality is vibrant and contagious. Their happiness is contagious. It’s impossible to sit through this movie without smiling. No, it’s not a life changing or the best movie ever. But it’s cute, silly, and will make you laugh. Sometimes, that’s all we need. It is the definition of a feel good movie.

Previous article“Dawn of Justice:” Not Great, Not Horrible
Next articleTop School Official Caught on Hoverboard