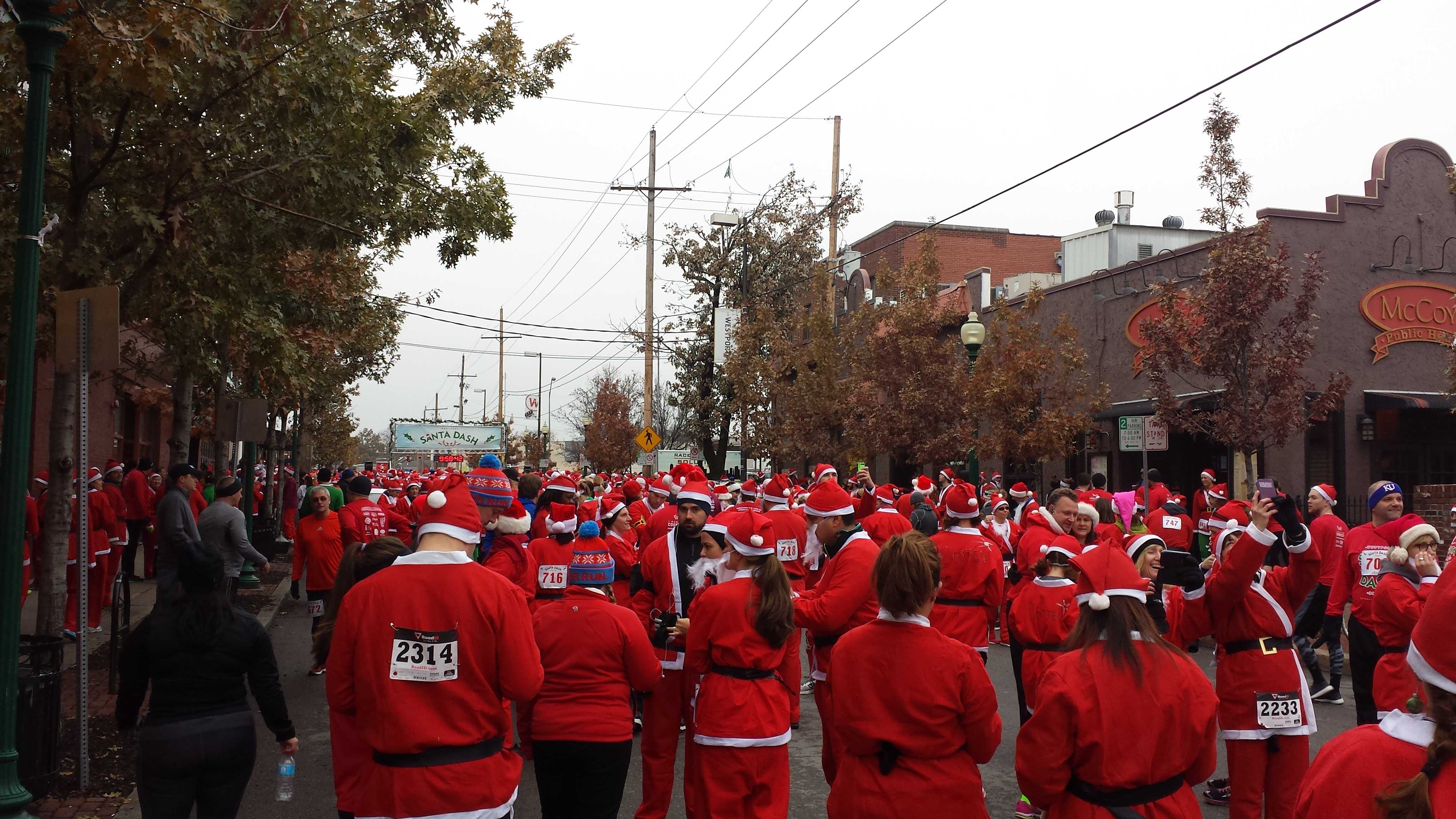 The streets of Westport were filled for miles with the red of hundreds of Santa Clauses.

Most wore the one-size-fits-all Santa suits or the red race T-shirt, many donned felt Santa hats and some even sported white beards.

The long stream of Clauses gathered in a seasonably warm 40 degrees. The starting horn sounded in front of Kelly’s Westport Inn shortly after 10 a.m.

The route followed Pennsylvania Street north to 34th Street through Westport’s neighborhoods, with the final half of the somewhat hilly 3.1 mile-run winding its way south on Baltimore Avenue.

Finishers received a Santa Dash ornament. Cookies and chocolate were offered at the finish line for some well-earned carbohydrates.

The Elf Dash, for kids 12 and under, began shortly after the finish of the Santa Dash.

The Santa Dash could not have happened without the help of the Kansas City Police Department, See Kansas City Run, and the many volunteers.

For more information and results from this year’s Santa Dash, visit http://westportsantadash.com.