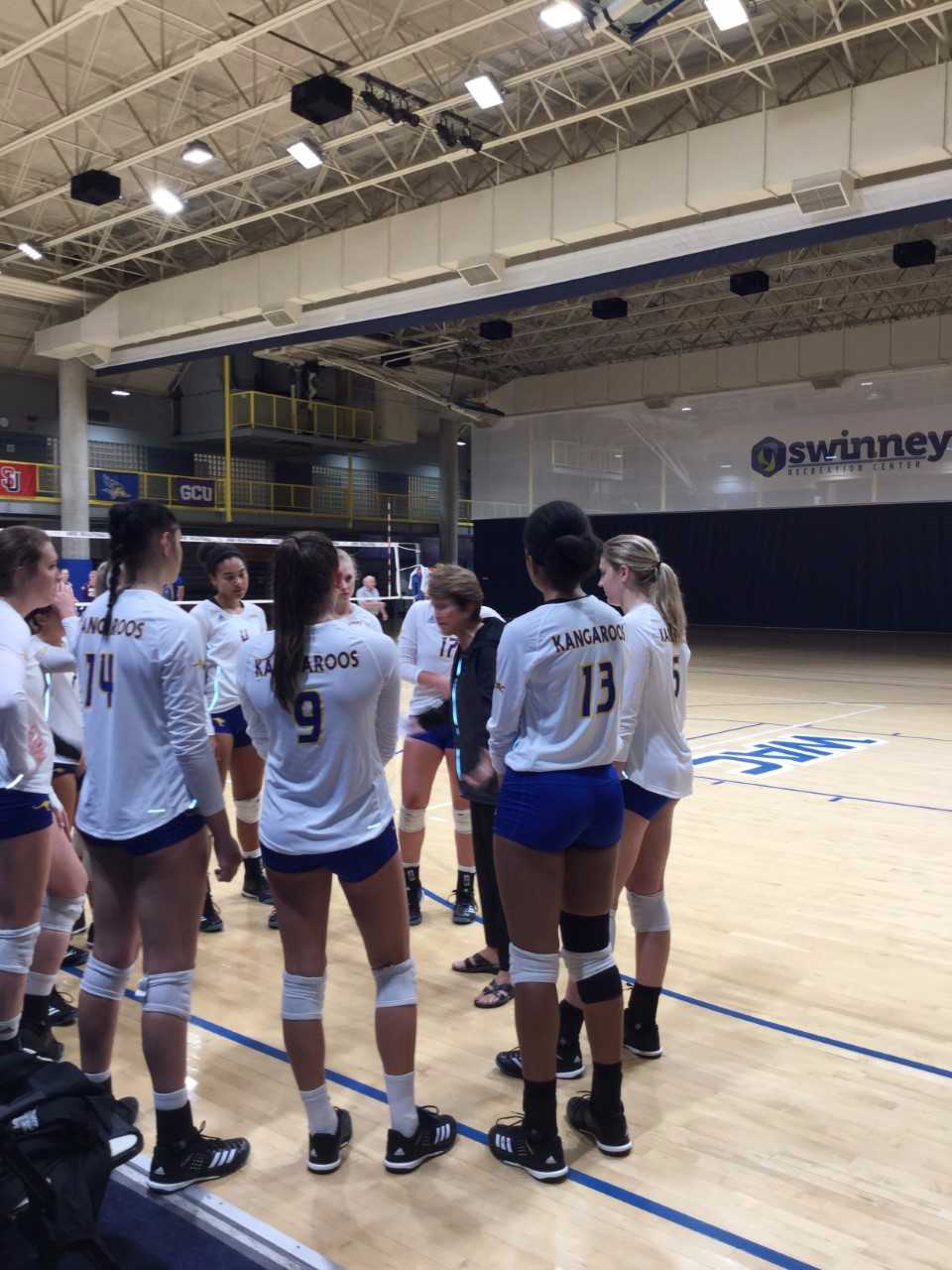 The end of the Kangaroo Klassic was promising for the Lady Roos. Even with a win against University of Northern Iowa, they are below 500 at 3-4. The win for the Lady Roos can help blow off some negative steam about a season that has already had its ups and downs.

The first set went well for the Lady Roos, with a stirring ace by Rhegan Spiegel and good hits by Alex Ratzlaff and Mykal Sadler. Despite a double-contact foul on UMKC near the end of set one, UMKC won the set fairly handily, 25-18.

Set two ended up being a bit of a disappointment for UMKC, with Northern Iowa winning by a commanding 25-16. UNI had a few impressive aces in the set.

Set three was more palatable for UMKC, with Mack Blatcher having an ace, giving UMKC a 7-5 lead. Alicia Harrington had a great cross-court point which helped secure victory in the third set. The final score, 25-22, was closer than the previous two sets.

The final set featured a roaring comeback by UMKC. Down 11-17 to UNI, UMKC came back in impressive and consistent fashion. Coach Christi Posey used her time-outs effectively and helped lead her team back from the brink.

The stats for UMKC were impressive for the Roos. Alli Schomers had 42 assists and also had 17 digs. Rhegan had 20 digs overall. The Lady Roos had 12 total team blocks, as opposed to 2 for UNI.

Coach Posey was enthusiastic about the Roos’ performance, but also fairly impressed with UNI.

“It’s a tradition-rich program, UNI.” she said. She also commented on losing to South Dakota earlier in the day in five sets, which was an obvious disappointment.

Schomers was full of praise for her team after the game. When she was asked about who she was impressed by on her team, she said, “All of the players!”

Next on the team agenda is playing at Kansas State on Tuesday at 6 p.m.