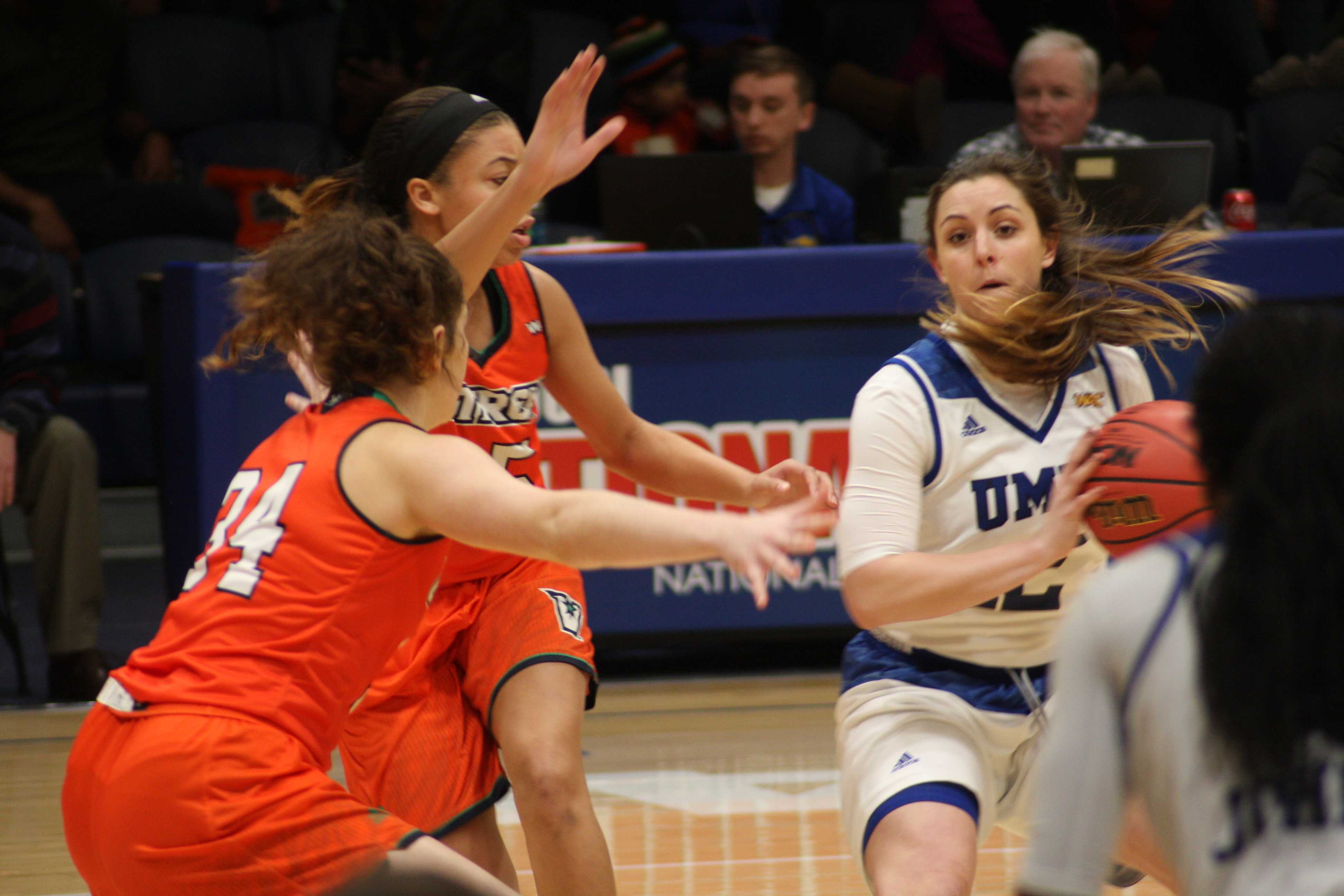 The Roos held close throughout last Saturday’s game against UT Rio Grande Valley (UTRGV), but couldn’t pull through. The final score was 63-52, with the game going to the Vaqueros.

Roo’s India Johnson opened the game with a 3-pointer against UTRGV’s heavy defense. Lyndsay Leikem landed a dramatic 3-pointer with just three seconds left in the first quarter for an 18-16 lead.

UTRGV caught up and passed the Roos in the second quarter. They lead 36-31 at halftime, because of 46 percent field goal shooting, compared to UMKC’s 31 percent.

For the rest of the game, UMKC pushed back against UTRGV and forced them to work for the lead. The Roos outscored UTRGV in the fourth quarter 10 to 9, but the effort came too late.

The Roos were down by 11 points at the end of the third quarter. The Roos struggled offensively in both the third and fourth quarters. The team continued to struggle in the game’s second half.

The team shot 18 percent in the third quarter, which is when UTRGV placed the game out of reach.

UMKC’s Kristen Moore and Aries Washington were the game’s top shooters, both scoring 11 points. Moore had seven rebounds and Washington had 9 rebounds and three assists.

Kiana Law had her first game after a hand injury. Coach Marsha Frese limited her to 14 minutes.

The Roos next home game will be at Muncipal Auditorium on Saturday, Feb. 18 when they take on Chicago State at 2, in the afternoon.