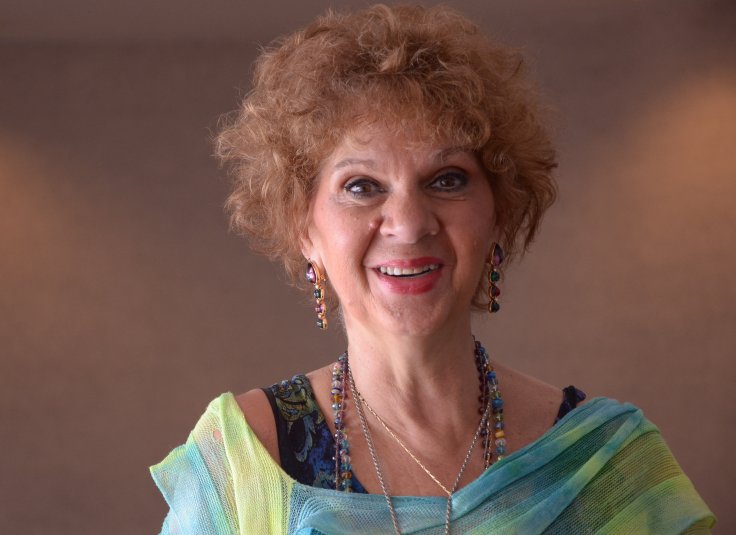 “[Professor] Gary Abbott asked me to come and choreograph,” Robinson said. “He said my kids need you, and he had no idea that I needed them.”

The title comes from one of Watson’s pieces, which Robinson took inspiration from when beginning the choreographing process.

“I was really thinking about what does the civil rights movement mean to young people right now,” Robinson said. “I mean we were part of a movement. I began to think about those kinds of things. [Check Cashing Day] just resonated so much. I started with that idea: check cashing day, that it’s time for change, for more change.”

Robinson will also be using music by Milton Abel in her piece. Abel’s daughter, Chloe Grant-Abel, is Robison’s rehearsal director and dancer, as well as a UMKC alumnus. Christopher Page-Sanders, another UMKC alumnus, was also on hand to help out.

Robinson had five days to create the work. She said she used the first day to get to know the dancers and how they move before starting the actual choreography.

Robison hopes the dancers and audience leave the performance more aware of the people who came before them and honor those who made sacrifices for change.

She also hopes they will be empowered to use “their voices to speak up when things are not right.”

“The smartest part of our culture is our university students and young people,” Robinson said. “They don’t have to go to a university, but they’re a little more independent and they’re a little more hungry for knowledge and truth. When they get more knowledge and truth, they have the energy to believe and the faith that they can make change. That’s why I did the work.”