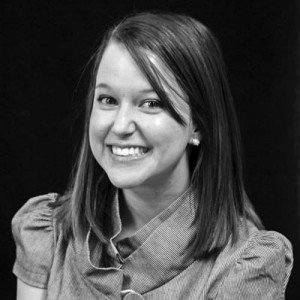 It never fails, whenever I watch “Fight Club” I can’t help but envision myself as Tyler Durden. It is safe to assume most others imagine this way, too.

The dagger-in-the-heart truth is I will never be him, making soap and quipping, “I am Jack’s smirking revenge.”

However, there is one thing I did that made me feel as close to action-movie material as I am ever going to get. I enrolled in an eight-week, one credit UMKC course in self-defense.

I have always wanted to take self-defense. My sister and I were raised by my parents to be tough individuals — to go after exactly what we want despite obstacles and to not be intimidated by anyone. I would dare say the closest pop culture comparison to the two of us is “Thelma and Louise,” minus the killing part but hopefully with the Brad Pitt (pre-Angelina Jolie) part.

Although I am cognizant of safety when I am out and about, I have always resented when someone suggests I need a guy by my side for “protection.” The thing is, I am not a frail flower, and I take offense when others label me as such—or any woman for that matter.

I have always been a strong-willed and sagacious female, but I found even more inner-power in this one credit class.

First of all, this class is not just for girls! The class had almost an equal ratio of both genders, and the guys participated equally if not more so.

Second, it is fun. I know that can be trite to say, like when people on Facebook describe themselves as a “fun person.” But seriously, it is really fun. How could throwing a person over your shoulder or hammer-fisting not be fun?!

One of the most phenomenal aspects of the class are the instructors. With self-defense, the instructors are overwhelmingly qualified. Kim Shaw and Lee Richards teach the course and have had over a couple decades of law enforcement experience. Kim has taught self-defense forever, and Lee is trained in martial arts. The quality of education was unsurpassable due to their credibility.

Besides their vast knowledge, they both displayed a deep sense of passion for the subject matter. As they pointed out, this is the one class that could save your life. As much as I love you, Linguistics class, you won’t protect me the way learning nerve receptors and kicks will.

Every Tuesday and Thursday, we learned something new and reviewed over previous material. I know how to heave someone off me if I am lying down, kick and punch in all sorts of ways, free myself from a wrist grab, take a gun away (seriously!) and so much more.

At the end of the course, we had the opportunity to fend off an attacker dressed in padding and a helmet. It was a cathartic experience, because how often have you been attacked with your eyes closed? It became evident how arduous but also how feasible it is to defend oneself.

Learn more about the class by visiting Kim’s Facebook group to see photos and videos of the experience by searching “Kim’s UMKC Self-Defense Survivors.”

To know that I have the ability to instinctively protect myself has been by far one of the most valuable experiences in my time as a college student.

If you have half a semester to spare, I urge you take it and do what Kim commanded me in class around the sixth week, “own it!”

Previous articleI am not a Mac nor a PC; I’m a human being
Next articleThis Roo hasn’t got deep pockets