Porcupines show the misplaced values of the American justice system 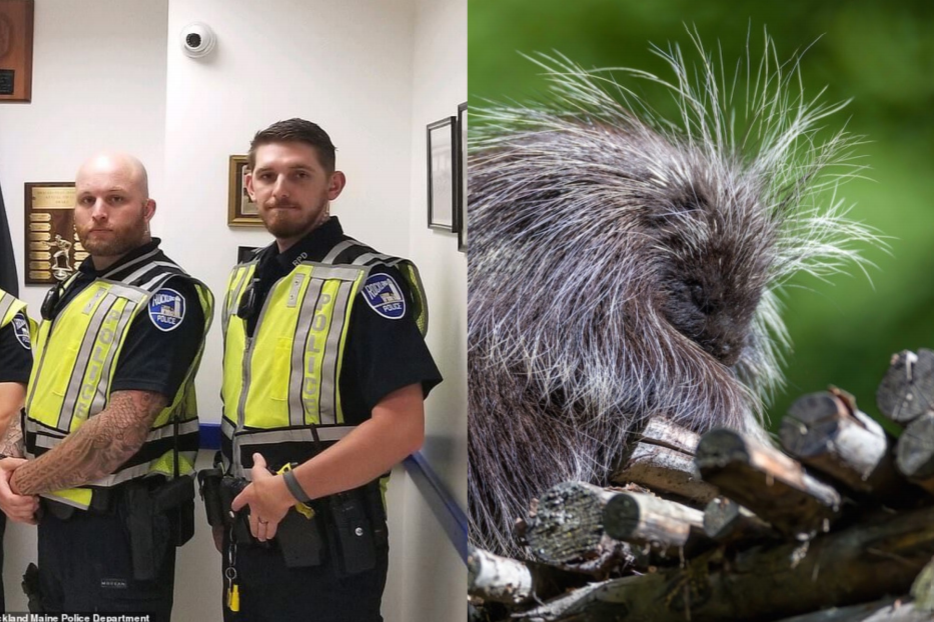 I felt nauseated when the Google news notification flashed on my phone screen. It read, “Two Maine cops fired for beating porcupines to death with batons.” At that moment, the news struck me as another example of the violence that is groomed into police officers in the United States. If you give a police officer a weapon, whether that be a baton or a firearm, they want to use it.

I didn’t open the notification, because I was at work and because there was much more pressing news happening in this country that I’d wanted to devote my attention to. (Little did I know that, just days later, the country would be talking about the vice presidential debate not because of Mike Pence’s terrible political stances, but because of a fly that landed in his hair for a remarkably long time.) I forgot about the story until a few days later, when I was talking to my parents.

It was Friday night, and while some show was playing on the television, my dad and I were scrolling through our respective Twitter accounts.

“Two police officers in Maine were fired for beating porcupines to death while on duty,” my dad read out.

“I saw that earlier this week,” I responded. “It’s terrible.”

“Those officers were fired for killing porcupines. But when police officers kill people–” my sister began to say, but my dad interrupted her.

I had been focusing on the wrong part of the story all along. Of course, police officers killing any breathing being while on the job is terrible. But the real tragedy is that, while those porcupines received justice, victims of police violence like Breonna Taylor have received none. The officers remain employed and are simply put on administrative leave.

On Sept. 23, 2020, the two still-employed police officers, Jonathan Mattingly and Myles Cosgrove, who shot and killed Breonna Taylor while she slept were not charged with any crimes. Brett Hankinson, the only one who was dismissed from the force, was charged with “wanton endangerment,” but not for the danger that actually caused a woman to die. Hankinson was charged for the danger he caused Breonna Taylor’s neighbors, who were left alive.

“If we simply act on outrage, there is no justice – mob justice is not justice,” Kentucky Attorney General Daniel Cameron said of the ruling. “Justice sought by violence is not justice. It becomes revenge.”

Using context clues, we can conclude that Cameron is commenting on the protesters who are growing more and more angry at the treatment of Black people in this country by those who would be held accountable to protect and serve them as United States citizens. However, I think of the mob called the police in America, and how they package death under the label “justice.”

The violence police perform on Black bodies is deemed justice by the courts, as is evidenced in the failure to convict the officers who shot Breonna Taylor. And as more and more police officers cause more and more deaths, they begin to seem like acts of revenge for every other uproar about the systematic racism they uphold and perpetuate.

It is unclear where Cameron sees any true justice in Breonna Taylor’s case.

White people who would call themselves allies can often be caught expressing more worry about victimized animals than victimized humans. We saw this in May, as Twitter users worried about the dog Amy Cooper manhandled in Central Park, rather than Christian Cooper, the Black man she threatened to call the police on. All Christian Cooper did was ask Amy Cooper to keep her dog on a leash, per park rules. There is no way Amy Cooper was unaware that calling police on a Black person is akin to calling a hitman. Yet, we worry over the dog.

What is justice when a person’s life is deemed less consequential than a porcupine’s, even in death?