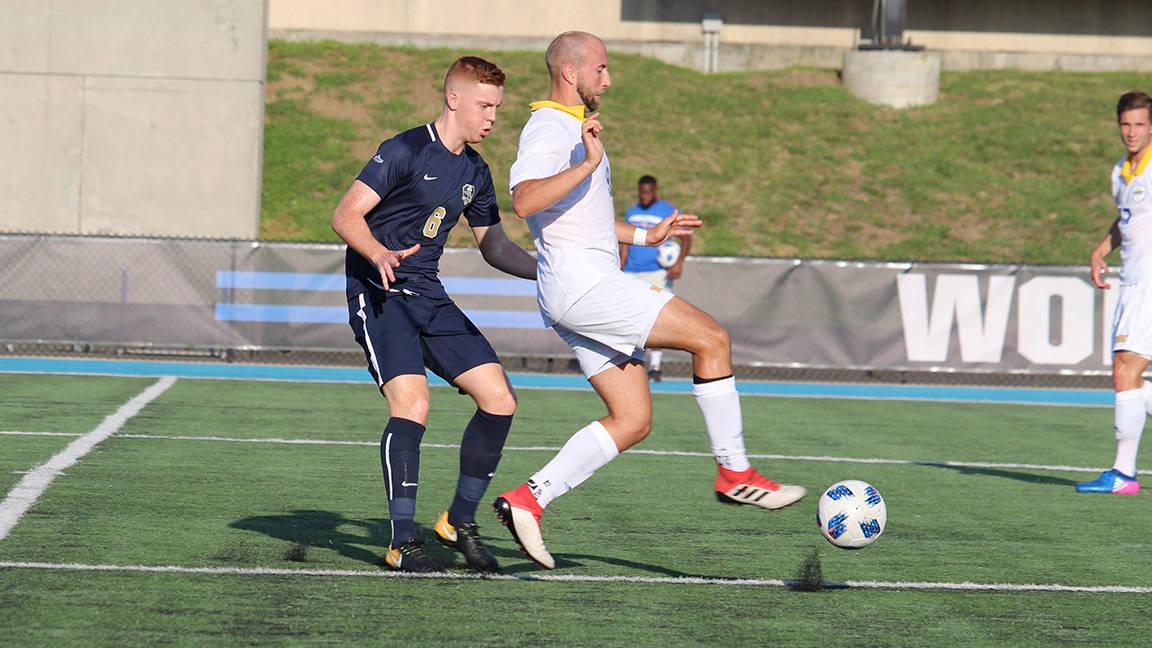 Friday’s game was a well-played effort by both Oral Roberts University and UMKC. The Men’s Roos won in the end, although it took double overtime to clinch the victory.

UMKC won 2-1, providing much needed momentum for the upcoming month.

“We played well in moving the ball and dominated large portions of the game,” he said.

UMKC  practiced superb ball control, especially in the first half, keeping the ball at the other end of the field.

Coach Benben was pleased with his team’s performance, especially at the end.

“Tim Staerz was key with an assist on Precheur’s goal,” he said.