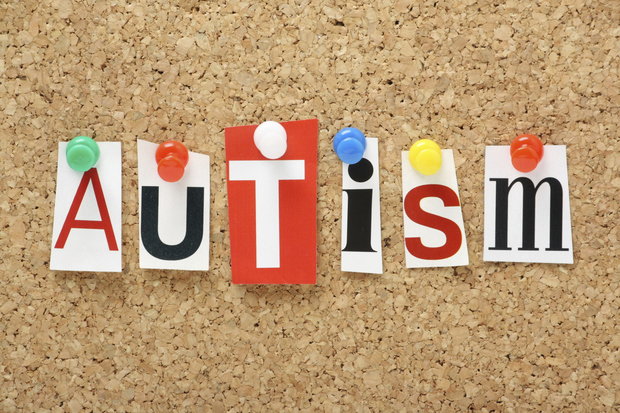 April is recognized as National Autism Awareness Month. The purpose of this month is to raise awareness, inclusion and acceptance of autism and people on the spectrum.

This month has me thinking about a friend of mine named Noah—a guy who loves watching videos, coloring, eating pizza and Dr. Pepper, but doesn’t like loud noises or anything itchy, gooey or sticky.

Noah is, for all intents and purposes, a totally normal guy who just happens to be on the autism spectrum.

I met Noah when we were both seniors in high school. I had just enrolled in a class at our school called Cadet Teaching. In this class, about a dozen of my peers and I were partnered with students from the school’s special education program. These students had a wide range of physical and intellectual disabilities. Noah was my partner.

In the beginning, Noah seemed more interested in the videos on his iPad than he was in interacting with me. He wasn’t really one for eye contact, nor was he much of a conversationalist. I’m not going to lie, we had a hard time connecting at first, but once we did, it was one of the most emotionally rewarding experiences I had ever had.

One day, I was going through Noah’s binder, and inside it I found what looked like scripts of dialogue that his mom had typed up. I realized these scripts correlated with the videos he would watch on repeat. I took to memorizing the scripts as fast as I could, and before long, I was able to quote the lines with him.

From that point on, we were thick as thieves.
Over the course of that year, our bond continued to grow. I went over to his house a few times and got to know his family. Then, I was extremely honored to be Noah’s buddy at his sister’s wedding in the fall following our graduation.

Noah is extremely lucky to have an amazing, supportive and understanding family behind him.

Not everybody is so understanding or aware of people on the autism spectrum.

I remember an instance in high school in which I was disturbed to hear about one of my classmates in a government class stating he didn’t feel his tax dollars should go towards special education, because, in his opinion, people with autism and special needs don’t contribute to the economy. I was even more disturbed when I heard that there were a number of people in that class who agreed with him.

I think stances like this stem from a fundamental misunderstanding of people with special needs. Throughout much of Western world history, people born with special needs have been stowed away, hidden from public view and even institutionalized. We absolutely have to get past the “Victorian problem-child hidden in the attic” mentality. People with autism and special needs deserve visibility and representation just as much as any other marginalized group.

Many people on the autism spectrum, and people with all kinds of intellectual disabilities, obtain master’s degrees and PhDs from prestigious universities. So many achieve success as math and music prodigies, software programmers, scientists, actors, artists, athletes.

But many do not, and that’s ok.
Personhood is not awarded exclusively to those who prove themselves profitable. But rather, it is endowed inviolably at one’s birth. People on the autism spectrum struggle, in so many ways and for so many reasons, to navigate the world around them.

They do not, on top of that, also need to prove themselves worthy of your respect.

They are human beings, and that is enough.