Opinion: From the Senate to the Supreme Court, our government needs institutional change 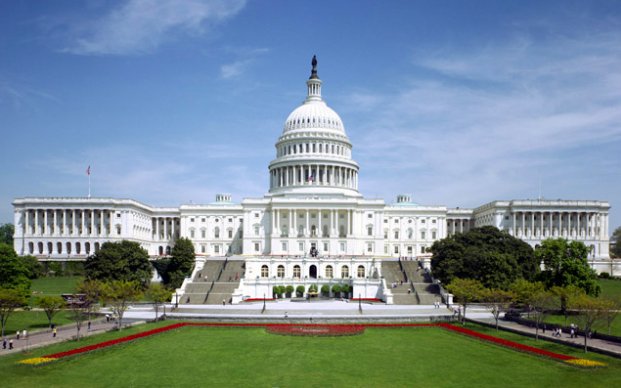 Right now, the 2020 election and the coronavirus are prompting a lot of discussion of the cultural and economic problems in the U.S. Sadly, the institutional changes that are needed to address these issues are rarely part of the discussion.

People believe things like the structure of the Senate or the way the courts are set up are set in stone. However, that just isn’t true. These different institutions are the way they are now because of how they have evolved.

The best example of this is the filibuster, which is a rule that allows senators to block legislation that is being debated. Many would be surprised to learn that it is not found in the constitution, nor was it used all that much throughout history. It is simply a mechanism that has wormed its way into the arcane rules of the Senate. The fact that it does not have historical backing or much historical usage means that getting rid of it is not that crazy of an idea.

While congressional reform is something that many are at least open to discussing, the Supreme Court is an institution that many think is untouchable. However, it has changed greatly over time. The clearest change has been to the number of justices. Now we have nine, but there have been times when there have been 15 justices. That is a big deal in terms of how it holds power in the court, and it shows that, like the Senate, the rules of the court aren’t set in stone.

These two examples show how the more important institutions of the U.S. are far more malleable than most people would think. This is important to understand: To tackle many of the problems the country faces, these institutions will likely have to change, too.

There are several interesting ideas out there on what needs to change and how. One of the best ideas is making it so the U.S. territories, which are continuing reminders of America’s colonizing past, can have a clear pathway towards statehood or independence. Another idea is reorganizing the jurisdiction and membership of House committees to more evenly distribute the most important issues and duties across a wider spectrum of committees and members.

The court is more complicated, but something needs to be done to try to make it less of the hyper-partisan mess it has become. One proposal that has been discussed is filling some of the highest courts with a group of rotating justices from the federal court level. That isn’t the only idea being floated around—another proposal is to have current justices approve new appointees. The hope is that this would lead to a more middle-grounded court. At the end of the day, these are still just theories or ideas, but the most important thing is that these ideas even get discussed, because too often they are seen as “extreme” and ignored.

All of this might seem unrelated to the colossal problems facing both the world and the U.S. How does changing the committee structure help deal with economic inequality or climate change? Would reworking how the justices get appointed make that much of a difference?

Right now we are stuck in a paralysis of governance where things can get done, but only if there is a crazy amount of pressure on it. That is unsustainable, and the issue has played a major role in creating the partisan war zone that is now American politics. Making it so more things could be done easier is the only solution, and that requires institutional change. Not everything those in power will do or pass will be good or popular, but if they can actually get them done, then elections will actually matter again.