On Feminism, the Women’s March, and a History of Exclusion 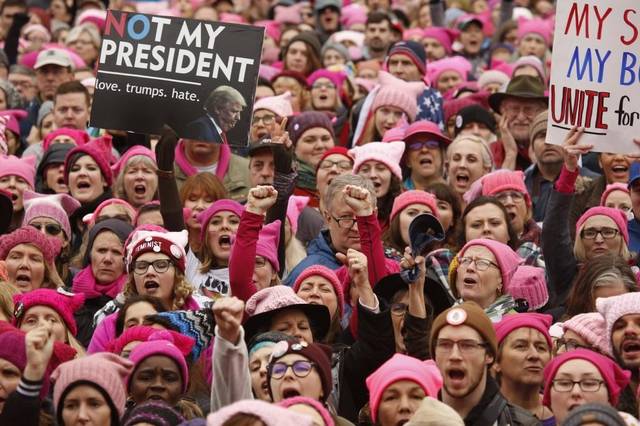 *This story was updated on February 7th, 2017 due to factual errors present in the original version.

On January 21, 2017, millions gathered to support the fight for women’s rights at the Women’s March in Washington, D.C. The following day, Donald Trump, who has been in the presidential office for one week and already signed several executive orders, signed another one that will limit access to abortion services abroad. …. This order is a threat to the welfare of women’s health (especially poor, women of color) worldwide, but it also affects the future of birth control and abortion services for women in the United States.

It is no coincidence that Trump’s executive order immediately followed the Women’s March and the anniversary of Roe v. Wade, a landmark Supreme Court decision that extended women’s right to have an abortion. President Trump’s administration is majority Republican and has been steadfast in its opposition to Planned Parenthood, making efforts to defund the non-profit organization that provides not only affordable abortion services, but also provides affordable testing, women’s care, birth control, and adoption references.

Access to quality affordable women’s health services is one of the central points of today’s women’s rights movement. But I am concerned that the impact this will have on minority communities is somewhat lost on the movement.

The Women’s March on Kansas City had a great turnout. However, the attendees of the march mostly comprised of white women of all ages. The march’s focused on a variety of topics, including access to birth control and affordable health care, police brutality, fair trials for survivors of sexual assault and so much more. But one thought that crossed my mind was “Where was all of this support for the Black Lives Matter Movement and its rallies? Would many, or even a few, of these women show up for Black Lives Matter?”

The Black Lives Matter movement was organized in response to the deaths of black men, women, and children across the United States at the hands of police. It seeks to reform policing procedures and how police departments interact with black communities. Black Lives Matter rallies and protests are often met with disdain from its opposition, and at any march you can find a police presence armed and standing guard.

The comparison between the support for the two marches couldn’t be further apart. There was not a large police presence at any of the women’s marches, and police officers even spoke with those who attended the march.

Feminism for women of color and feminism for white women do not look the same. The suffragist movement was rooted in racism and nationalism. While women were given the right to vote in 1920, the act didn’t protect black women from disfranchisement methods like having to read and interpret the constitution to vote. The same with black males, who were legally granted the right in 1870. African Americans as a group were not able to vote without hindrance until the voting rights act of 1965.

White feminism fails to address the struggles faced exclusively by minority women. For feminism to truly thrive and attain its goal, it must embrace intersectionality. It must not only show up for events and movements organized by and for largely white women. It must be present in the fight for justice against racism, poverty, and xenophobia, issues which disproportionately affect women of color.

If you call yourself a feminist and only support matters that affect you, you are not a feminist. For justice to be given to any, it must be given to all.