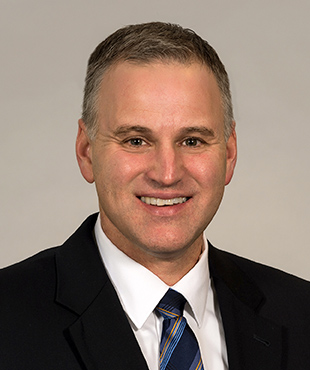 If passed, the Cronkite New Voices Act will protect freedom of speech for high school and college journalists, prevent administrations from taking action against faculty or staff for supporting student coverage, and protect schools from liability for anything published by student journalists.

Censorship is a major issue facing student journalists and media professors. A survey conducted last year by the Association of University Professors found that over two dozen media professors across the country feel strong pressure from school administration to “control, edit, or censor” student media content.

While student news media at UMKC has not faced censorship from administration, other students at University of Missouri schools have not been so fortunate.

During one of a protests over racial discrimination during Mizzou’s Hunger Strike, a student reporting for a national news outlet was blocked by Professor Melissa Click, an assistant-professor of mass media at the university.

While the reporter was not affiliated with student news media, the incident raised concerns over how easily the press can be shut down on the Columbia campus.

The incident at Mizzou caught the attention of Missouri state Rep. Kevin Corlew, R-Kansas City, who went on to sponsor the Cronkite New Voices Act.

“The Mizzou situation was an eye-opener about when the press can be shut down, even though this bill wouldn’t apply to that situation,” Corlew said in a statement to The Joplin Globe. “You can’t shut down the press in an institutional setting and have it still be the marketplace of ideas.”

The Cronkite New Voices Act was originally introduced to the Missouri House in January of 2016 by Rep. Elijah Haahr, R-Springfield. The bill failed and was revamped and re-introduced by Rep. Corlew this past January.

The idea for the Cronkite New Voices Act was inspired by Professor Robert Bergland, who had heard of a similar bill that was victorious in North Dakota.

In North Dakota, the bill was called the John Wall New Voices Act and was passed unanimously in August of 2015. In Missouri, Corlew nd Bergland hope for the same outcome.

“I think most people recognize the importance of the freedom of expression as it is done through the press, and the importance of press,” Corlew said in another statement to The Joplin Globe. “We want to make sure that our student journalists are realizing that too, and just because issues touch upon controversial subjects or political subjects that they should not be censored.”

The Cronkite New Voices Act was named for Walter Cronkite, an American broadcaster who was known as “the most trusted man in American” and who was born in St. Joseph, Missouri.

The Cronkite New Voices Act passed the House on March 13 and the Senate Committee on April 13. The next hearing for the bill has not yet been scheduled, but it will be debated by Senate. If the bill is passed, it will go onto Governor Greitens who can either sign or veto the bill.

To track the progress of the Cronkite New Voices Act, visit house.mo.gov and search “HB 441.”