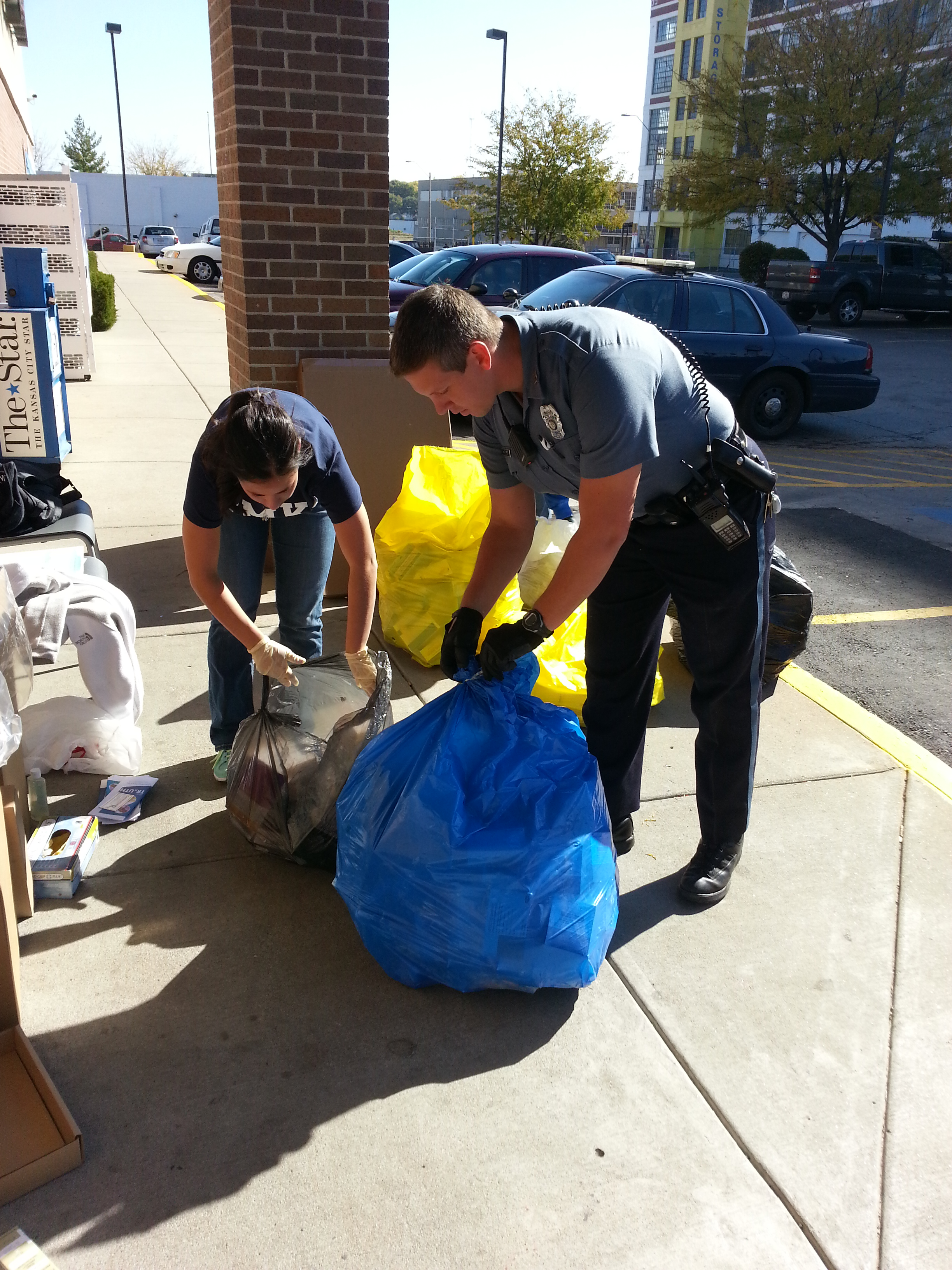 Generation Rx is an educational program about prescription drug abuse and misuse that began in 2010 at Ohio State University School of Pharmacy. Second-year pharmacy students Cindy Tang and TJ Pham have taken on the initiative at UMKC.

“First semester we go and present to our first-years [pharmacy students] just like the upperclassmen did for us,” Tang said. “We show them presentations of what Generation Rx is all about, which is educating the public on prescription drug abuse. Right now this is an epidemic.”

Tang and Pham have presented at various events such as the Wholistic Health Fair, the Hallmark health fair and the Missouri State Fair in Sedalia, Mo.

The students want to make an impact on their listeners, so they created an engaging presentation.

“We set up kind of a health booth, but it’s a little more interactive than that because we want our audience to interact with us,” Tang said. “For example, at one health fair at City Market I showed people the difference between drugs and candy and it was really hard for them to discern the two. We try to make the public more aware that sometimes even kids can have problems with drugs even though it’s unintentional. It looks like candy to them.”

Tang works at Children’s Mercy Hospital outpatient pharmacy, where she gets hands-on professional experience, she said.

“Right now I take prescriptions, fill them, do the normal pharmacy role and at the window we can counsel and tell the patients or the parents how to take the medication, how often, what they should look out for, any interactions…so that’s what I do at my job,” Tang said.

Pham works at the University of Kansas Hospital outpatient program.

“…A lot of people are on IV drugs, they will be on three medications so I compound them,” Pham said. “Then, depending on the shift, I also deliver medication from the pharmacy in the basement up to the nursing unit. I also do admission history, so I ask new patients what other medicines they are taking.”

Compounding drugs means the medication, or a specific strength or dosage, is not commercially available, so the pharmacy makes it from scratch.

“So take a capsule. A kid wouldn’t be able to swallow it,” Tang said. “So we take a capsule, open it and suspend it into some sort of vehicle so the patient can drink the medication.”

Generation Rx also caters to people living in rural Missouri. Tang and Pham will present at the National Western Farm Show in February.

“We even teach people how to throw away prescription drugs,” Tang said. “When I work at the pharmacy, people want to return their unused prescriptions, but by law we aren’t supposed to take back drugs that we dispensed from the pharmacy. The only recommendation I can give our patients now is to wait for drug take back day or police station drop off boxes.”

Patients can even grind up old prescriptions and mix them with undesirables such as coffee grounds or kitty litter, Tang said.

“I love putting that information out there so people are aware of these problems,” Pham said. “I like making an impact in society. I’m able to inspire younger students to go out and make an impact in our community.”

Pham and Tang will present on the educational program in order to recruit students to join the Generation Rx efforts.

“We are trying to reach out to campus this semester more than just the public. We’re planning to target the pre-pharmacy society and get them involved even before they’re in pharmacy school,” Tang said.

Although Generation Rx is a fledgling program, its message has reached many people so far.

Previous articleMarujuana legal in Colorado, making way for change in other states
Next articleStalking Awareness Month– Know it, Name it, Stop it.